The vast majority of Americans don’t learn about Indian boarding schools growing up. These Native leaders and educators want to change that. 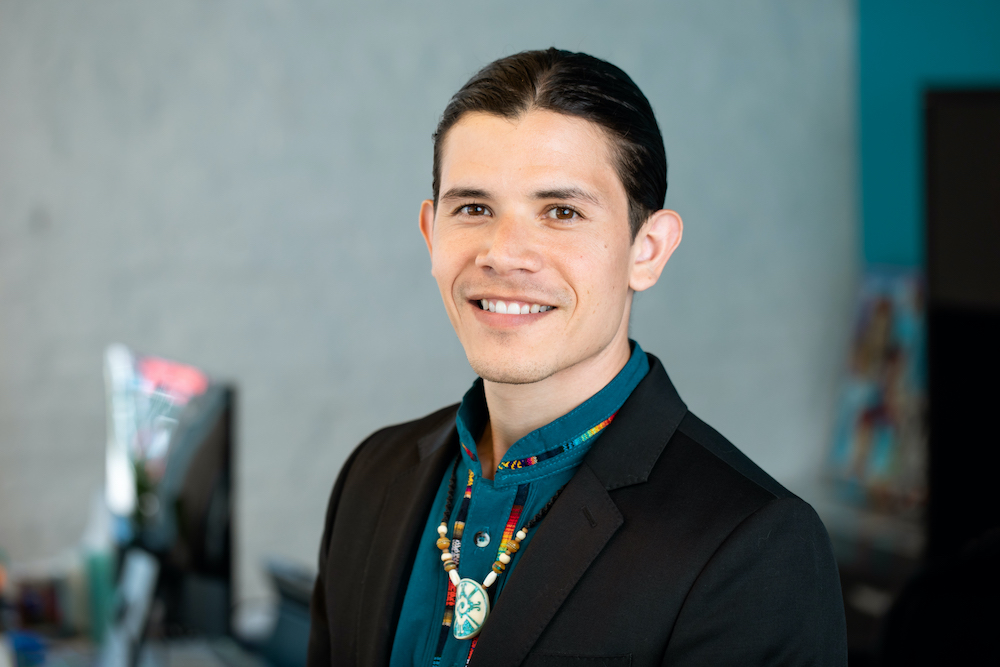 As the United States federal government gears up to assess the genocide it perpetuated against Native communities for nearly a century, Native leaders and academics say there is one glaring method for accessing truth and healing: education.

Roughly fifty four percent of public schools across the United States make no mention of Native Americans in their K-12 curriculum, and 87 percent of state history standards don’t discuss Native American history after 1900, according to a study conducted in 2019.

Last month, South Dakota’s Department of Education made national news when officials scrubbed more than a dozen Indigenous-centered learning objectives from the department’s new social studies standards before releasing the document to the public.

For specific teachings on Indian Boarding Schools and the United States assimilation policies—a history educators say is central in contextualizing present day culture for Native and non-Native youth alike— statistics are even bleeker.

“Over the course of the last couple of years, we've identified five states—only five states— that have even mentioned Indian boarding schools in their content in their state content standards, which is unimaginable,” said Sam Torres, director of research and programs at The Native American Boarding School Healing Coalition. Those states, surveyed by NABSHC in 2015, are: Arizona, Washington, Kansas, Oklahoma, and North Dakota.

“It’s obviously a representation and reflection of what is being valued in educational and curricular context,” Torres said.

For its part, NABSHC—an organization that has been at the helm of increasing public awareness on boarding schools since its founding nearly a decade ago—in 2020 released its first ever Truth and Healing Curriculum. The curriculum, available for free online, is made up of four lessons on Indian Boarding Schools focusing on history, impacts, stories, and healing.

“We were hearing a lot of feedback from community members asking for materials for their students,” Torres said. In developing the curriculum— sectioned into primary, middle and upper grades learning levels—Torres said he and staff members focused on the pillars that mimic a Native approach to collective education.

Other nonprofit institutions, such as The Ziibiwing Center of Anishinabe Culture & Lifeways in Michigan and the Heard Museum in Arizona have also developed their own supplemental Indian Boarding School curriculum. But without a state mandate on the specific curriculum, or enough educators aware of or comfortable enough with the content, the material reaches only a tiny fraction of students.

NABSHC’s Truth and Healing curriculum has been downloaded over one thousand times, Torres said, as the organization sets its sight on training educators in decolonizing knowledge.

“Rigorous meaningful curricular materials have and continue to be developed by Native people,”  Torres said. “Yet without the political will to ensure accountability and to guide implementation, what is observed rather in mainstream American education is the ongoing erasure of Indigenous people.”

In higher education, where a lack of state mandates make for more flexibility in curriculum, some professors have taken it upon themselves to include Indian boarding schools in their teachings.

In upstate New York, Assistant Professor of Native American Studies at University at Buffalo, Alyssa Mt. Pleasant (Tuscarora Nation descendant) teaches primarily freshman and introductory courses to American Indian history. She says that many of her incoming students—generally few of whom are Indigenous—are “brand new” to the content.

In Mt. Pleasant’s 16 years as an educator of Native American history—eight at University at Buffalo, and another eight at Yale University before that—she surveys students at the end of each semester.

Each year, they say the same thing: “Why haven’t we learned this before?”

“Survey responses that I've received over the last 15 plus years expressed frustration ...and sometimes anger that they had not previously been taught this...content,” she said. “This is Native and non-Native students alike.”

One of the clear issues that begets a lack of Native curriculum, Mt.Pleasant and Torres both pointed out, is a lack of Indigenous educators comfortable with teaching it.

“The reality is that so many teachers in Indian Country are not Native, and often end up going into communities with really good intentions...but then there's not just that cultural divide, but (it) presents all of these challenges (and) requires a remarkable volume of vulnerability,” Torres said.

If teachers incorporated that vulnerability into their teachings, he said, it would allow for more collective learning.

“Vulnerability is powerful, because it represents that you don't know everything about all the things that are going to be brought into your classroom,” he said. “Situating that within the context of settler colonialism, I think is key. That’s a challenge, but it’s not a deal breaker, because if ...teachers open themselves up to that vulnerability and situate that culture ...and make space for dialogue, then collective learning can truly happen.”

One educator doing that work is Cristina Stanciu, an English professor at Virginia Commonwealth University (VCU).

Stanciu, who immigrated to the United States from Romania, has developed a new course offering at VCU this semester: The Literature of the Boarding and Residential Schools. 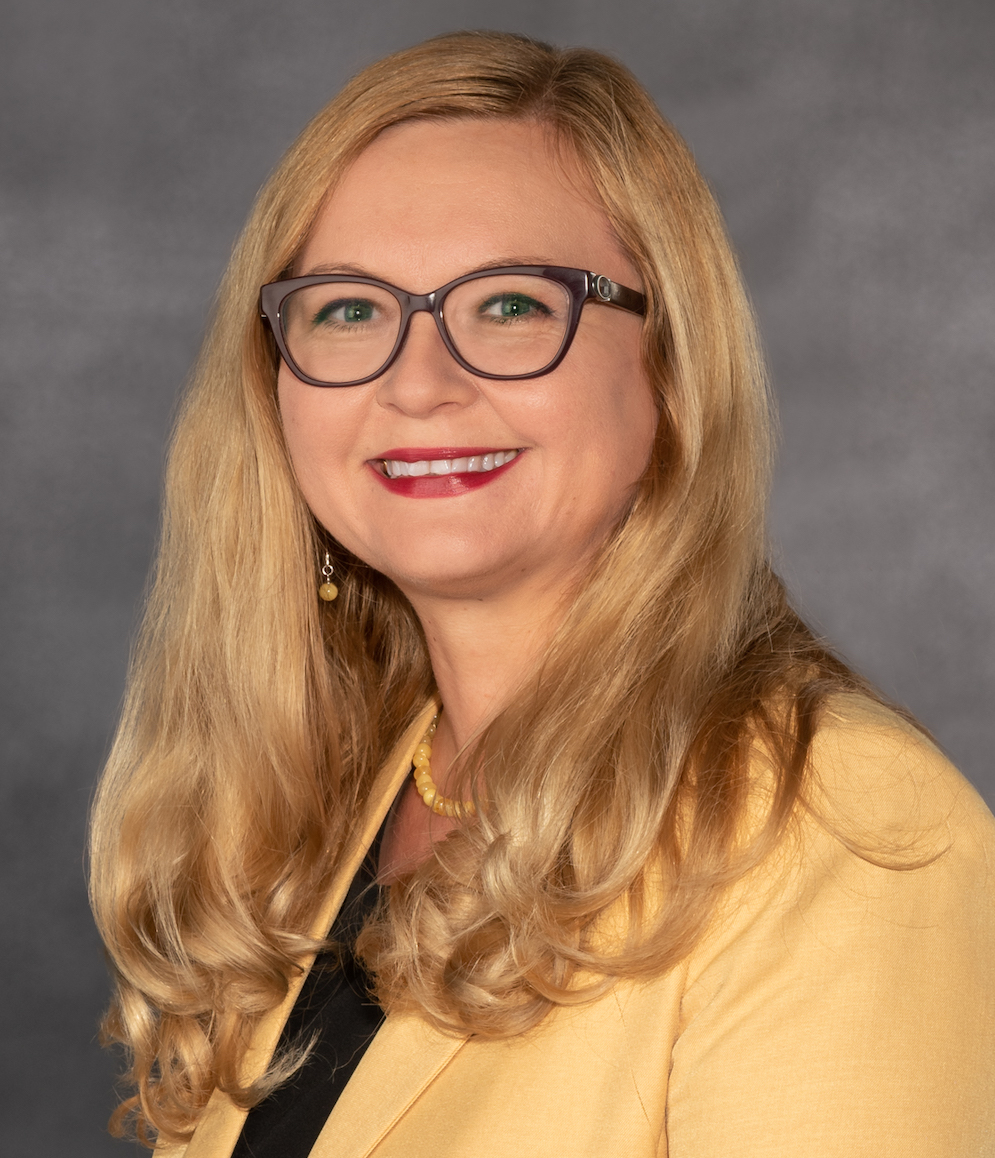 Cristina Stanciu, an English professor at Virginia Commonwealth University, has developed a new course this semester: The Literature of the Boarding and Residential Schools. (Photo/Courtesy VCU)While it will be Stanciu’s first time teaching the course, the topic has been a focus of her studies—and even several books— for many years. Last year, Stanciu was granted a Fulbright scholarship to Romania, where she taught about Indian Boarding Schools to Romanian students.

“It's so interesting to see how memoirs about such repressive experiences are received out of the country, especially in former communist countries,'' she said. “My students were quite taken with a lot of the works we read.”

Through the lens of reading literature—including survivor’s letters, books, and even testimony recorded from survivor’s in Canada’s Truth and Reconciliation Commission (TRC)— Stanciu’s course is designed to “attempt to recover that violent history and to show resilience and survival of Native nations through the literature and film that Indigenous writers and artists have created,” her syllabus reads.

In addition to reading and discussing the stories that have been recorded, Stanciu said she encourages dialogue and scrutiny about the methodology in which some of that recording took place.

“Whenever I introduce the volume, The Survivors Speak (from Canada’s Truth and Reconciliation Commission), we talk about the structure of these stories and that they are still federal documents. These are templates given to survivors,” she said. “We don't just accept the structure of the TRC and the collection of these survivor stories. I encourage students to question them because, you know, the parts of the stories that don't make it into print are equally important.”

Moving away from “schooling” and towards “educating”

The idea of “decolonizing knowledge” recognizes other ways of knowing that not only differ from the Western education system, but have been systematically misrepresented, erased, and delegitimized.

“The focal point here is to move away from schooling— the schooling is more like programming—and move towards education,” Torres said. That framework, outlined in his doctoral research, involves: centering Indigenous voices; telling the truth about historical oppression; unmasking beliefs that perpetuate inequality; recognizing that another way of knowledge exists, and committing to a re-interpretation of the world.

“To put it broadly, when we work with school communities, we bring forth a dual approach,” Torres said. “Yes, the content is important. Language is important. Tradition is important. And knowing the history, the connections of trauma, how it impacts us today, is important. But also, the way in which we do this is just as important, because otherwise we risk replicating those same systems that produced inequality in the past.”

This decolonizing framework isn't really an answer, Torres said, in closing. It just creates more questions. “How is your community going to tend to these issues?”