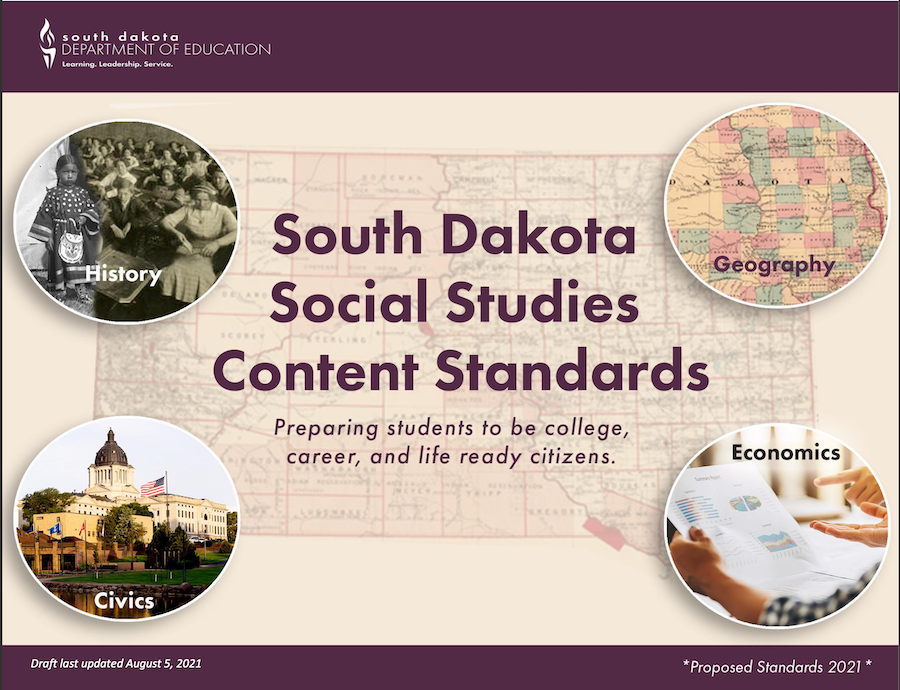 PIERRE, S.D. — Officials from the South Dakota Department of Education this week scrubbed more than a dozen Indigenous-centered learning objectives from the department’s new social studies standards before releasing the document to the public.

The DOE hired a team of 46 educators from around the state to develop new social studies “anchor standards” representing what students are expected to know after completing each K–12 grade level. The standards apply to South Dakota’s public schools, as well as state-certified and licensed private schools.

The workgroup members were tasked with addressing key issues brought up in public testimony since the standards were last updated in 2015, including the “incorporation of more diverse perspectives, especially those of Indigenous Native Americans,” according to the group’s original drafted document submitted to the Department of Education on July 26.

But ten days after the group submitted its final draft— containing 18 learning standards involving the Oceti Sakowin Oyate, or Indigenous peoples of what is now South Dakota—the department cut out all but one of those direct references. Other standards including tribal nations were changed to take a wider look at “various cultural groups.”

For example, first grade history students in the original draft were tasked with discussing the Oceti Sakowin Oyate creation story, “including correct chronological order of the story.” The DOE later changed that language and objective to “identify celebrations and traditions various cultural groups bring to South Dakota communities.”

A DOE spokesperson wrote in an email to Native News Online that “The department made certain adjustments before the release of the draft to provide greater clarity and focus for educators and the public.”

Indigenous leaders and educators across the state called the department’s decision “Native erasure.” 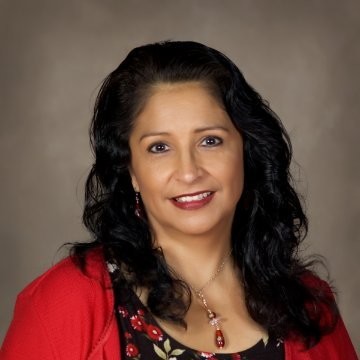 Dr. Sherry Johnson, educational director at the Sisseton-Wahpeton Oyate (Photo/LinkedIn) Johnson said that working group members spent eight days workshopping the standards, and were told by the DOE they’d be alerted of any changes made to the drafted document before publication. She said she was surprised to see the substantive changes, especially after having such a positive experience in the working group.

“In ... the work group itself, I felt embraced,” Johnson said. “I really put myself out there to answer questions, to alleviate some of the ignorance some people have because they just don’t know. To have all of that devalued … I’m very disappointed.”

Of the 46 working group members hired by the department to develop the new curriculum, two are enrolled tribal members and a third identifies as a descendant. That means Native educators made up less than seven percent of the working group meant to represent the 14,649 Indigenous youth in the public school population, plus hundreds more in tribally chartered schools.

In South Dakota, which is among the top five states with the highest percentage of American Indians, Native advocates and tribal leaders denounced the DOE’s re-drafting of history.

“The consistent and active erasure of our people is demonstrative of a larger social and systemic issue of white supremacy, racism and clear lack of cultural proficiency that can only be addressed when we begin to be inclusive of the narratives that have been absent and excluded from our education system,” said Sarah White, director of education equity for the nonprofit NDN Collective.

Cheyenne River Sioux Tribe Chairman Harold Frazier said that withholding the state's history from young minds will negatively impact Native youth in the state by relegating Indigenous people to ‘the bad guy’ in every fantasy about the American conquest.

“Again, our children will be brainwashed by oppressive versions of our shared history that assimilates them into gratitude for Manifest Destiny, rather than the truths you inflicted, and now wish to erase,” Frazier said in a statement. “Our children were stolen from us in past generations, forcefully assimilated or secretly buried in boarding schools under the ‘kill the Indian and save the Man’ ideologies, and it would seem that the task to erase them has not ended under Governor Kristi Noem’s administration and leadership.”

Rodney Bordeaux, president of the Rosebud Sioux Tribe, told KELO-TV in Sioux Falls that he disagrees with the removal of these standards.

“All South Dakota citizens need to be taught what’s going on in the state and throughout the country,” he told KELO-TV. “You shouldn’t gloss over it. I think our citizens deserve better. They need to know the true history so they know what they’re dealing with. Particularly in South Dakota … they need to know what our Tribal citizens — the history our tribes have faced — and if you gloss over that, it’s a disservice to the citizens of the state.”

The social studies standards are now open for public comment, and a final public hearing before the state Board of Education Standards is tentatively scheduled for March 2022, according to the DOE.

“I would really like to see that true history for Natives,” Johnson said. “And not just to have a few mentions here and there, but to really say we were a viable people. We didn't just float away or cease to exist after 1492. We were here prior, and that we continue to exist all these years (later).”