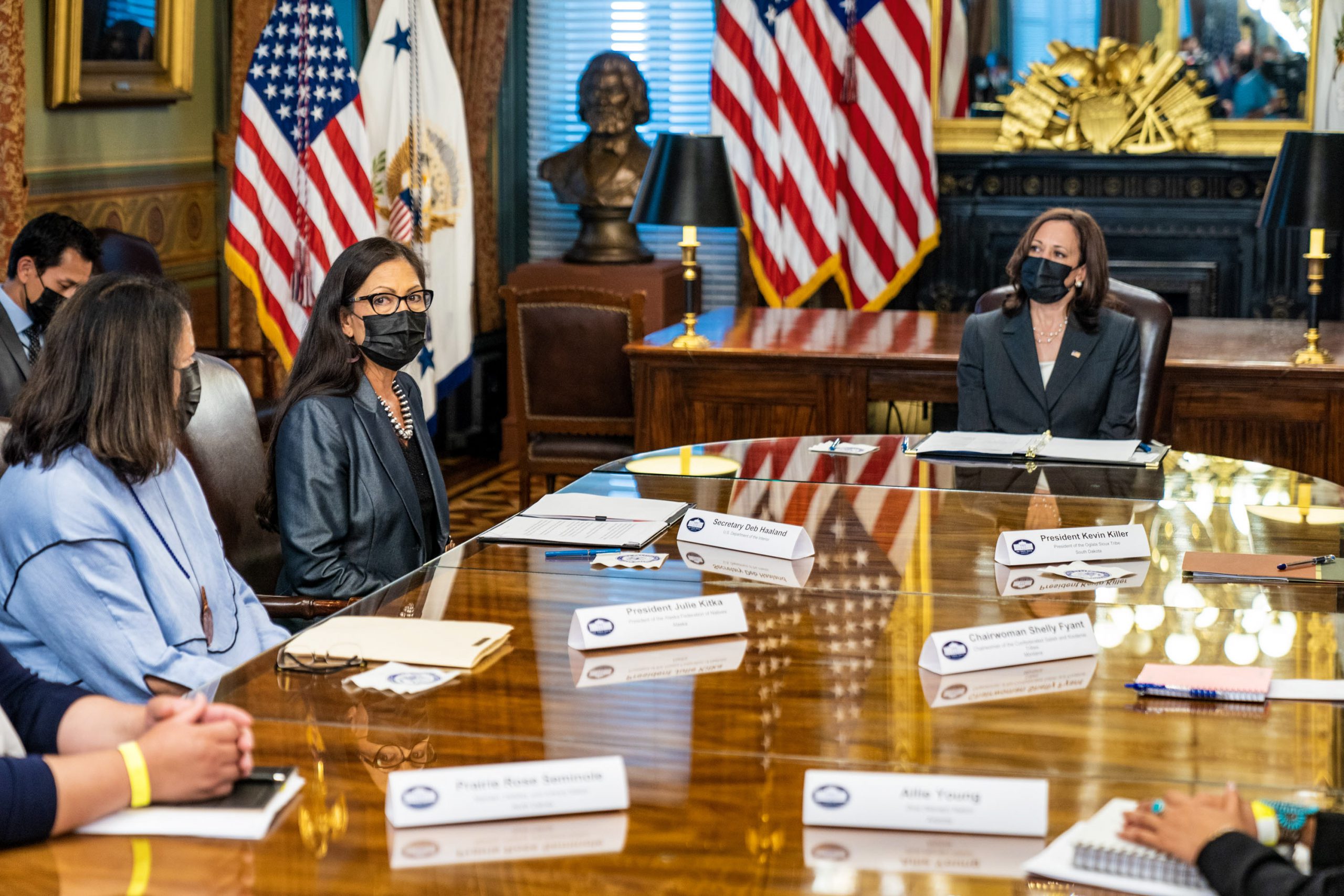 Aniin and hello my relatives!

Welcome to our first edition of Native News Weekly, where we round up the biggest stories published on Native News Online at the end of each and every week. As always, there’s a lot happening throughout Indian Country—an Indigenous icon walked on; the White House met with Native leaders on voting rights; a Native Hawaiian surfer claimed Olympic gold in Tokyo; and say hello to the Cleveland Guardians. All that and much more.

Be sure to check out the bottom of this article to add more stories to your weekend reading list from our sister publication Tribal Business News. 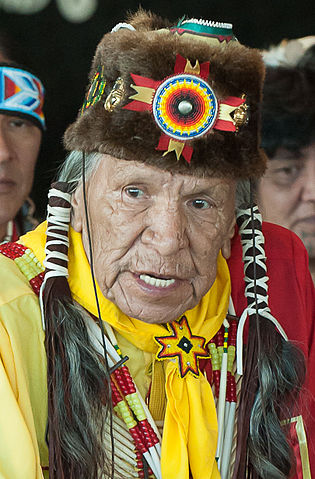 Legendary American Indian actor Saginaw Grant walked on to the spirit world on Tuesday. He was 85. Grant was a widely respected elder in Indian Country. He was the hereditary chief and a respected citizen of the Sac and Fox Nation in Oklahoma, with blood ties to the Iowa and Otoe-Missouria Nations.

The announcement of his passing was posted on his Facebook page:

“It’s with heavy hearts we announce a warrior has been called home. Saginaw Morgan Grant, the hereditary chief and medicine man of the Sac & Fox tribe, traveled the world speaking of his traditions, his experiences, his sobriety and his faith as both a Native American and a Christian.” READ MORE.

Another racist mascot and pro sports team name has been kicked to the curb.

Last Friday, Cleveland’s MLB franchise dropped its “Indians” name after more than 100 years, and will be renamed the Cleveland Guardians starting next season.

As our editor, Levi Rickert, writes: “The fight to have the ‘Indians’ name dropped by the team began more than 50 years ago by the Cleveland American Indian Movement (AIM) in response to the wishes of the local Native community, elders and leaders in the Nations, according to the organization's website.

“In my personal view, the logo of Chief Wahoo that the Cleveland team retired, a silly looking Native, was one of the most offensive and disrespectful caricatures ever used by a professional sports team.” READ MORE.

Native Hawaiian Carissa Moore won gold in women’s surfing on Tuesday in the sport’s Olympic debut at the Tokyo Games.

“This was such a special moment for surfing,” Moore wrote in an Instagram post following her win. “I’m so proud of all the athletes for how they showed up the last few days, put it all on the line, and shared our sport in the best way possible. Big mahalo to (USA surfing) team and coach (Brett Simpson). The last two weeks I will remember for the rest of my life.” READ MORE.

“Long-standing” because Native Americans weren’t universally given the right to vote until 1924. “Recent” because 30 new voting laws that effectively target tribal communities have been passed in 18 states since the 2020 election, Harris said in a recorded statement. READ MORE.

Lawsuit over an Oakland sweat lodge leads to pushback

A civil lawsuit filed in January by former Oakland city councilman Wilson Riles Jr. alleges that the city violated his religious rights during a long dispute over sweat lodge ceremonies performed on his property. Over the past few weeks, a small organization of Native American women elders has formed to mobilize opposition to the suit.

Riles and his wife Patricia St. Onge, neither of whom are Indigenous, are part of a community called Nafsi Ya Jamii, or “Community of Souls,” which meets on contiguous properties owned by Riles, St. Onge, and Riles’s brother. St. Onge told Native News Online that the community practices Lakota ceremonies in a Cree-style sweat lodge on the property.

According to the lawsuit, the religious services and community gatherings require a specially built fireplace and chimney, yurts, and a renovated garage space. READ MORE.

“It is abundantly clear that since protections were removed, states have accelerated policies which threaten decades of successful wolf recovery efforts across the country. Please join us in urging Secretary Haaland to revisit the decision to delist Gray Wolves,” closes a letter to fellow lawmakers from Congressional members Donald Beyer Jr., Raul Grijalva, and Peter DeFazio.

Their letter reflects many of the positions highlighted in "Family," the short film produced by the Global Indigenous Council. Directed by Rain ("Say Her Name"/"Somebody’s Daughter") and narrated by Crystle Lightning ("Trickster"/"Yellowstone"), in its first week of release "Family" generated more than 170,000 views across multiple platforms.

A spokesperson for the Department of the Interior told Native News Online, “We don’t have a comment on the film.” READ MORE.

David Brian Donnell Jr., 28, was charged Wednesday with one count of second degree murder and four counts of assault with a dangerous weapon in connection to a shooting that resulted in the death of Bialke. The incident occurred at Donnell’s residence in Redby, Minn. on the Red Lake Indian Reservation. READ MORE.

Our friends at the Montana Free Press reported Tuesday that more than 800 water rights claimed by members of the Turtle Mountain Band of Chippewa Indians have been pulled out of legal limbo following the Montana Water Court’s issuance of a first-of-its-kind order this month.

The final decree is an 896-page order that covers 12 water basins across the state. The water rights in question are claimed by the United States on behalf of the tribe.

The order by Chief Water Judge Russell McElyea represents the first time the Montana Water Court has reached resolution on tribal reserved water rights outside of a negotiated compact like the Confederated Salish and Kootenai Tribes water compact, which took more than a decade to reach ratification by the Montana Legislature, U.S. Congress and, late last year, the tribes. READ MORE.

Lakota culture and history to air on national television

The annual Days of ’76 Parade and Rodeo in Deadwood, S.D. started earlier this week with days of celebrations that includes an award-winning rodeo, a beauty pageant, parades, and a curated live performance showcasing Lakota and Native culture. Highlights of each day, including a curated Native Lakota production, will be broadcasted nationally on the Cowboy Channel this Friday, July 30 and Saturday, July 31.

The storied past comes to life at the Days of ’76 through a week of events featuring parades, a nationally acclaimed rodeo, and recently, a stage venue focusing attention on the Native Lakota culture. For the celebration, the city has produced Native talent at centrally located Outlaw Square, a new public venue on the corner of Deadwood and Main streets. READ MORE.

THIS DAY IN INDIGENOUS HISTORY:

The Battle of Bloody Run was fought on July 31, 1763 in an area that is now considered a historic cemetery in Detroit, Mich. About 250 British troops attempted to launch a surprise attack on Pontiac (Obwaandi'eyaag), an Odawa war chief known for his “rebellion against the British,” and his encampment. But Pontiac and his warriors were ready and prepared, fending off the assault. After the battle, a British army general offered a £200 bounty to anyone who killed Pontiac.

TURNING POINT: Tribes hopeful for relationship with U.S. Office of Management and Budget, despite ongoing confusion