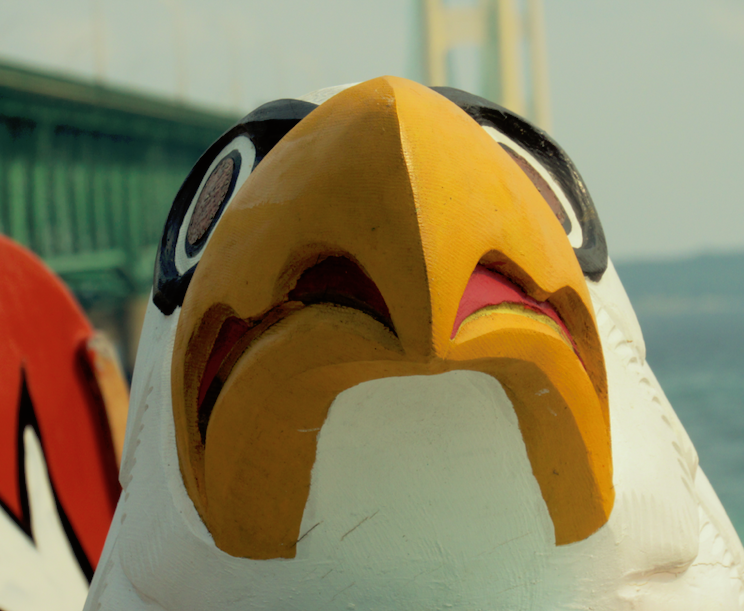 MACKINAW CITY, Mich. —  The historic cross country "Red Road to DC" totem pole journey from the Lummi Nation in Washington state made a stop in Mackinaw City, Mich. on Tuesday morning before it arrives in Washington, D.C. where it will be greeted by Interior Secretary Deb Haaland on Thursday.

The Tuesday stop was hosted by the Bay Mills Indian Community at the Straits of Mackinac near the Mackinac Bridge, which connect Michigan's two peninsulas.

Here are photographs of the Mackinaw City, Mich. stop.