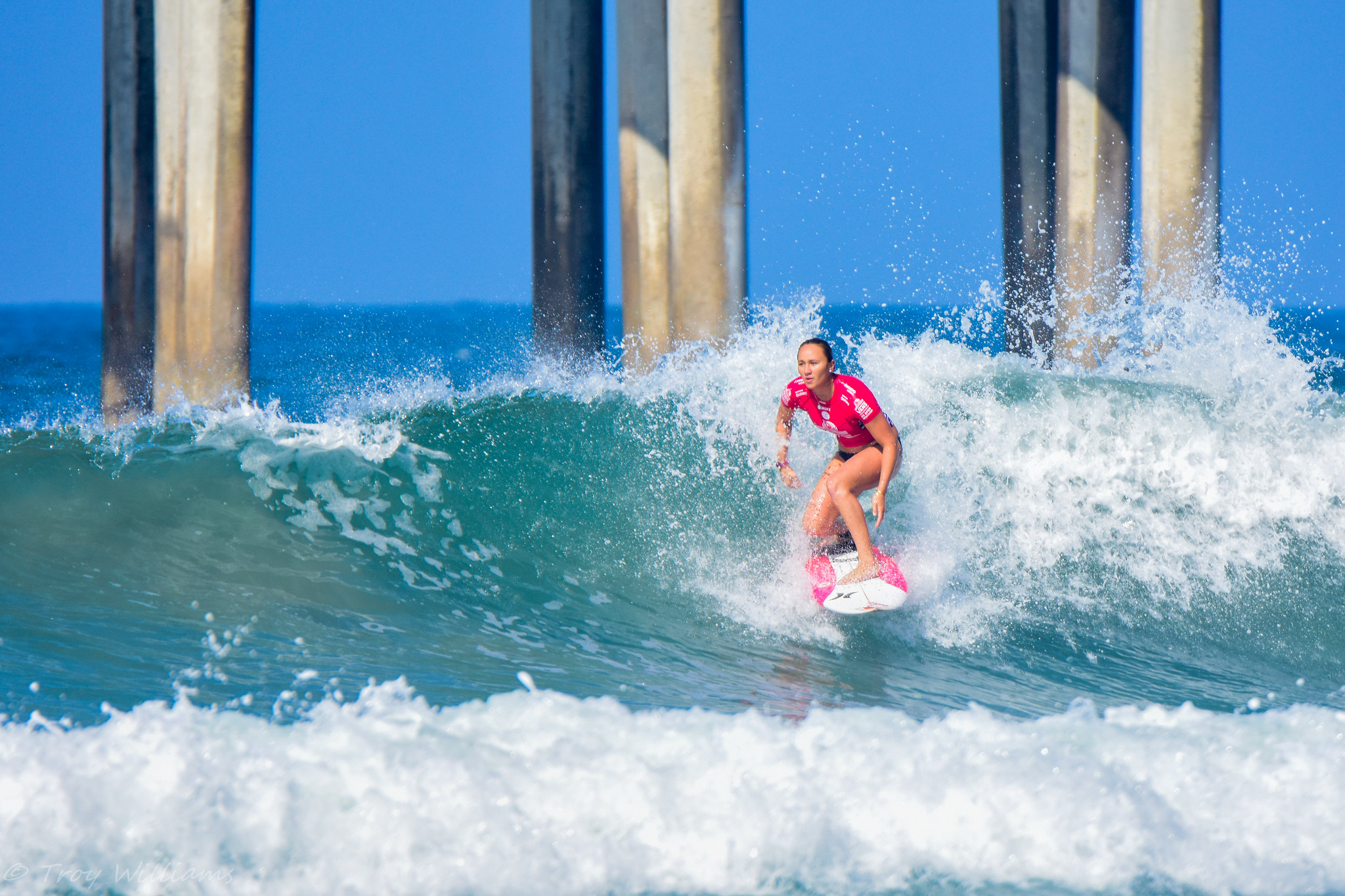 “This was such a special moment for surfing,” Moore wrote in an Instagram post following her win. “I’m so proud of all the athletes for how they showed up the last few days, put it all on the line, and shared our sport in the best way possible. Big mahalo to (USA surfing) team and coach (Brett Simpson). The last two weeks I will remember for the rest of my life.”

“This is for all of you. For the USA. For Hawaii,” Moore continued.

According to her Team USA profile, Moore, a Honolulu native, started surfing at the age of five.

“My dad taught me how to surf at Waikiki Beach and I was immediately hooked,” her personal website says.

Moore became the youngest Triple Crown of Surfing champion at 16. By 18, she was the world’s youngest surfer (male or female) to win a world surfing title.

She won four World Surfing League world titles in 2011, 2013, 2015, and 2015, as well as the Rip Curl Newcastle Cup in the lead up to the Tokyo Olympics. She was also a runner-up at the Maui Pro Pipeline. Moore was ranked number one in the world before the Olympics, competing in a sport with historic Indigenous Hawaiian roots.

Moore has also received recognition from the media—she was named Adventurer of the Year by National Geographic in 2012, Woman of the Year by Glamour Magazine in 2013, and Top Female Surfer in 2011 and 2015-2017 according to polls in Surfer Magazine.

In 2018, Moore and her father founded the Moore Aloha Charitable Foundation, a nonprofit that empowers young women and girls through surfing. According to the website, the foundation ran several camps in 2019 and worked with more than 50 girls.

Surfing has been practiced by Native Hawaiians for thousands of years and is an integral part of Hawaiian art, spirituality, and culture. It was repressed during European colonization of the islands in the 19th century, but had a resurgence in the late 1800s, when tourism to the islands grew and people formed surfing clubs in Waikiki, according to historian Isaiah Helekunihi Walker. Famous western writers such as Mark Twain and Jack London even dabbled in surfing.

Hawaiian teenager Duke Kahanamoku helped spread awareness of the sport in the United States and Australia in the early 1900s. He won Olympic gold medals for swimming in 1912 and 1920, but while surfing has been considered a popular sport worldwide since at least the 1960s, there was no Olympic surfing competition until 2021.

Moore is one of more than 50 Indigenous athletes competing at the Tokyo Games. Over 33 of the athletes are from New Zealand, 16 are from Australia, three are from the United States, and one is from Canada.