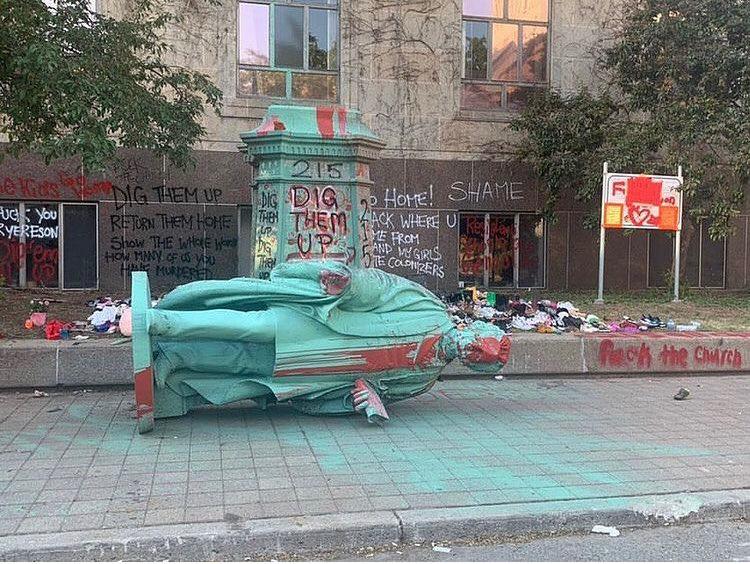 TORONTO, Canada — When Indigenous students and professors last week heard that the head of a statue had come down—depicting their school’s namesake, and simultaneously the genocide of Indigenous people in Canada’s residential school system—they felt relief.

“It was a huge surprise, but a very pleasant surprise,” said Eva Jewell, an Anishinaabe professor at Ryerson University. The university is named after Egerton Ryerson, a key architect of Canada’s residential school system, which forced more than 150,000 First Nations, Inuit, and Métis youth into Indian boarding schools in an effort to assimilate them into settler culture.

At residential schools, children were neglected and abused, often to the point of death. “When I got the job at the university, I took the job knowing that it was a problematic name,” Jewell said. “I was happy I was able to see justice in my time here.” 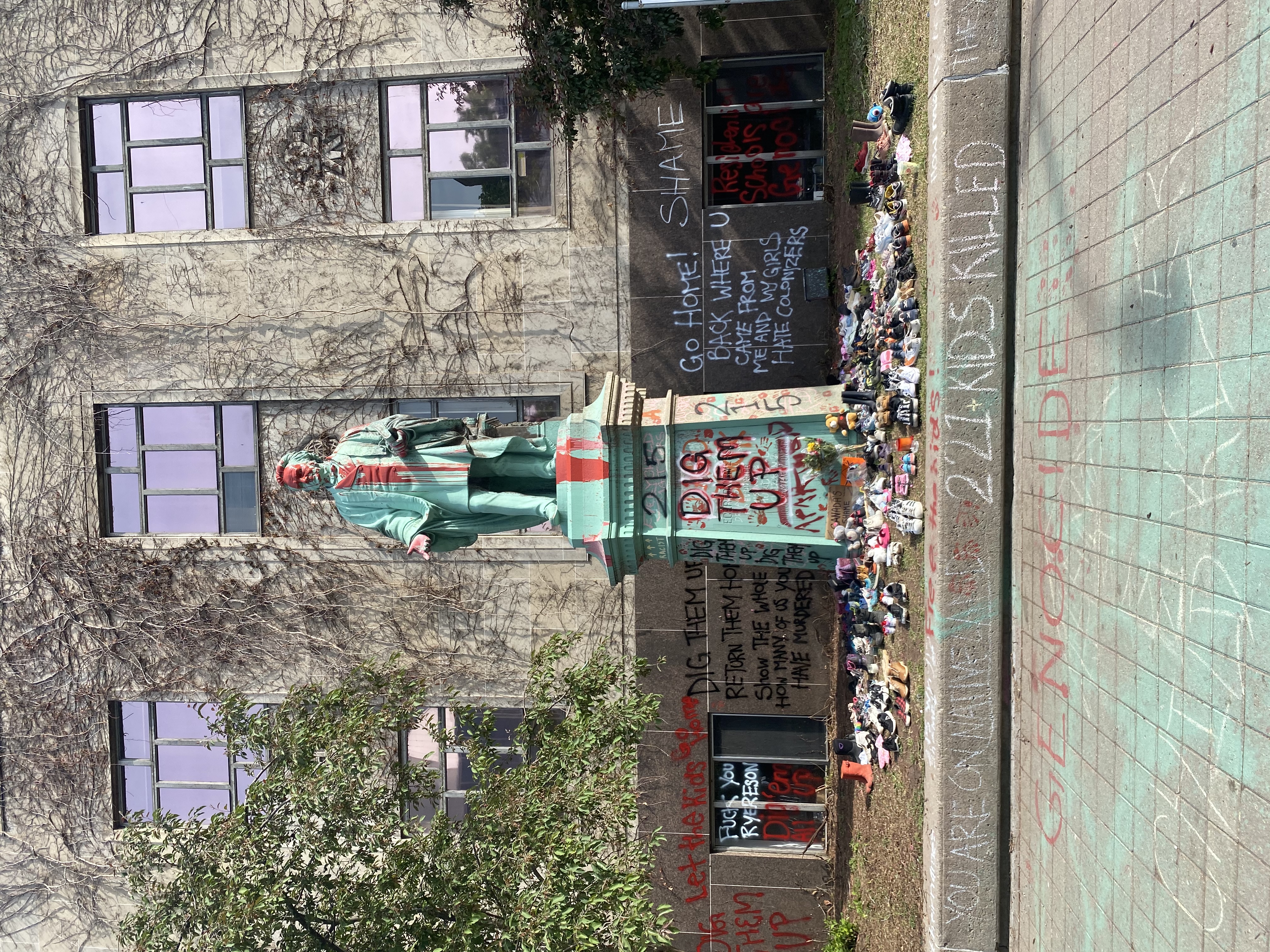 The statue of Egerton Ryerson at Ryerson University in Toronto. (Photo/Sam Howden)

On Sunday, following a multi-day sit-in protest where residential school survivors spoke about their experiences of trauma and abuse endured at the hands of the Canadian government and Catholic churches who ran residential schools, Egerton Ryerson’s statue was beheaded by what students called a group of angry community members. The body of the statue was later taken down by university staff.

“I was there when it happened,” said Sam Howden (Red River Nation), a Ryerson University master’s student and key organizer behind the name change campaign. Last month, Howden joined with other Indigenous students to send a letter to the university asking it to remove Ryerson from its name. Until the demand is met, the letter reads, students and staff will refer to the institution as “X University.”

University president Mohamed Lachemi said the statue “will not be replaced or restored,” in a statement on Sunday. The president’s office did not respond to requests for comment from Native News Online. The university’s Indigenous Students’ Association also declined to comment.

The movement to change Ryerson University’s name—as well as to remove the statue of him stationed on a podium in a central part of the campus—has long been pushed by Indigenous students and staff, but was met with renewed vigor in light of the mass unmarked grave found at the site of a former residential school in British Columbia on May 27.

“Of course, Indigenous folks and communities in First Nations have known forever that there's been mass graves outside of the school, but the revealing of this to the Canadian public was what really galvanized the movement,” said Jewell.

Late last month, the bodies of 215 Indigenous children were unearthed in an unmarked grave at the former site of the Kamloops Indian Residential School in British Columbia. The discovery sounded off a nationwide call to action among Indigenous communities for the church and federal government to work towards finding where children are buried at other residential schools across the country. 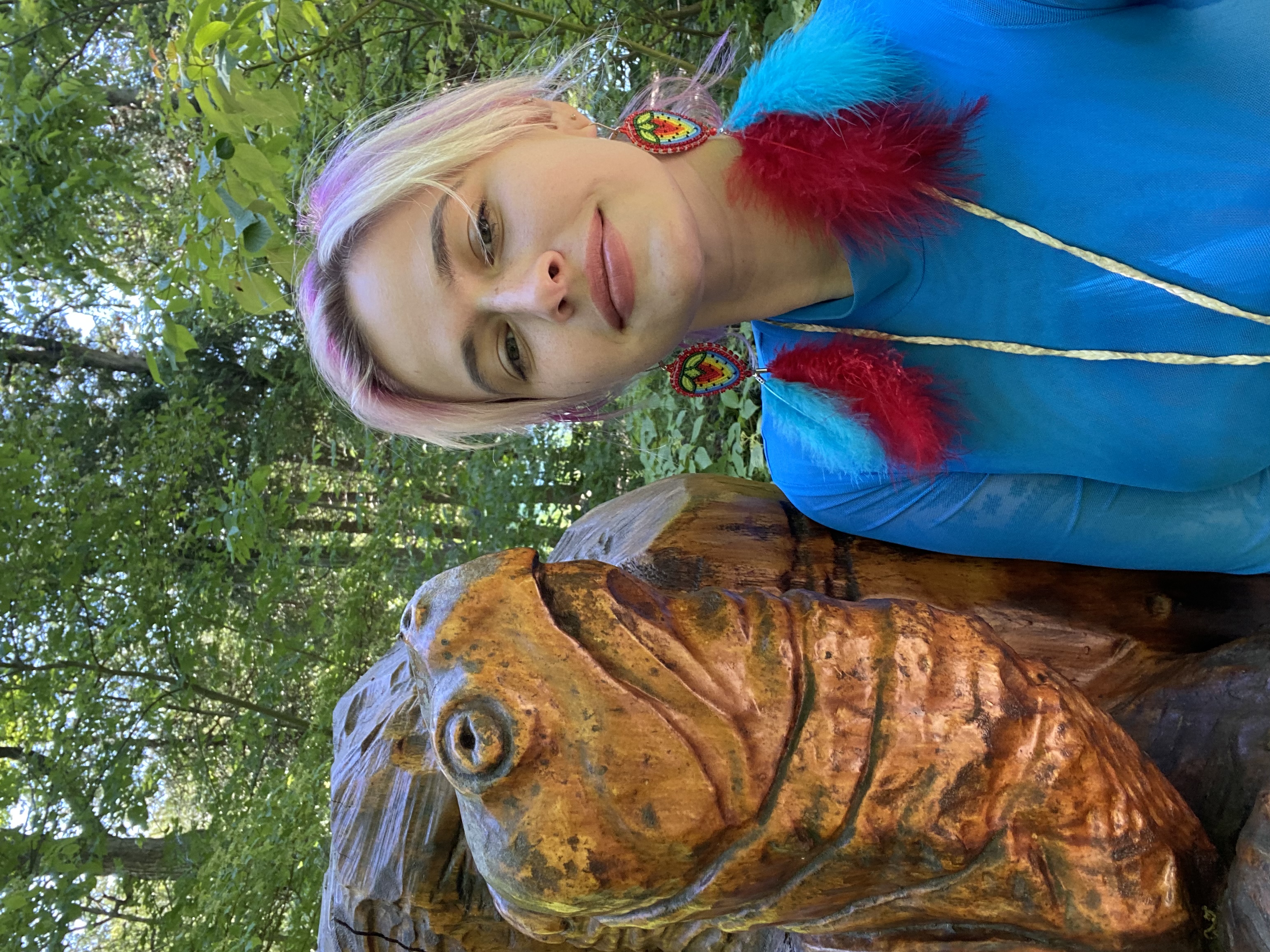 The university, in response to demands over the last decade, instated a ‘Standing Strong (Mash Koh Wee Kah Pooh Win)’ Task Force with the goal to gather research on the school’s namesake and ultimately submit a recommendation to the president for actions “regarding the statue and other elements of Egerton Ryerson’s history”  from March 16 to May 16, 2021.

But Jewell and Howden say that the task force itself is a colonial system rooted in the idea of neutrality.

“When you're talking about neutrality in situations of extreme injustice, particularly in discussing someone who is critical to the beginnings of our genocide, being neutral isn't always enough,” Jewell said. “It's actually taking this stance of allowing space for there to be debate about our humanity.”

“I think that as a first year program, regardless of what departments folks are in, they need to be educated in the ways of social justice and understanding around Indigenous communities (and) Black communities here who have also been destabilized from the actions of Egerton Ryerson, because they also promoted segregated schools for Black folks all across southwestern Ontario, and also popped up in Africville in Nova Scotia,” Howden said. “I think that they have so much work to do.”

The statue head of Egerton Ryerson is currently staked defiantly at 1492 Land Back Lane, a disputed territory between Six Nations of the Grand River and the Canadian government in Caledonia, Ont. It’s unclear how the head got there.

“This statue is an object and a symbol of Canada’s legacy and ongoing colonialism,” Jewell said. “I think it is an act of catharsis for our communities to reclaim our territories, to reclaim our dignity as Indigenous peoples in what is currently Canada.”