RESPECT Act Passes House of Representatives, Will Go To President’s Desk for Signing 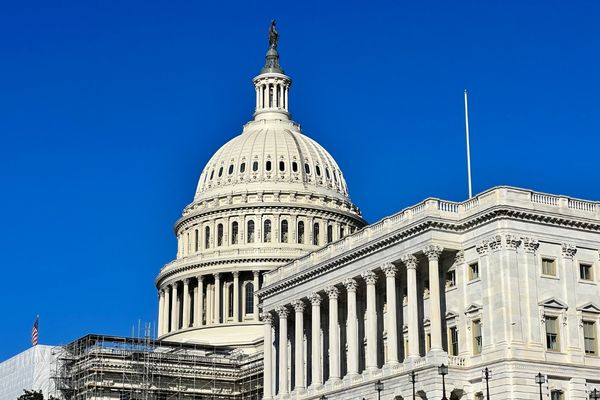 WASHINGTON —The U.S. House of Representatives passed the RESPECT Act on Wednesday after it was introduced earlier this year in the Senate by Senator Mike Rounds (R-SD).

If signed, the Repealing Existing Substandard Provisions Encouraging Conciliation with Tribes (RESPECT) Act would abolish 11 outdated federal laws that are related to the treatment of Indians, including provisions on hostile tribes, alcohol, work requirements, penalties for truancy, and placement of youth in reform school without the consent of a parent or guardian.

One of the laws paved the way for the federal government to forcibly removed American Indian children from their families to place them in Indian boarding schools.

“While we cannot rewrite the past, we need to acknowledge it and continue to strive for a more perfect Union,” Senator Mike Rounds (R-SD) said in a press release. “It’s long overdue to remove these immoral, discriminatory federal laws from our books. Throughout history, Native Americans have been subjected to unfair treatment from our federal government, including the forced removal of their children from their homes. Clearly, there is no place in our legal code for such measures, and it is appalling these laws are still in our federal code. I am pleased this bipartisan, commonsense legislation is heading to the President’s desk to be signed into law.”

The National Congress of American Indians (NCAI) praised the passage of the RESPECT Act.

“NCAI applauds the efforts made to get the RESPECT Act passed and to clear the books of some of the old legislation designed to harm Tribal Nations, and hopes that it opens the doorway for more legislation fully recognizing tribal sovereignty and promoting tribal self-determination," NCAI Executive Director Larry Wright, Jr. said to Native News Online in an email.

“The Coalition of Large Tribes (COLT) applauds the passage of the Repealing Existing Substandard Provisions Encouraging Conciliation with Tribes Act and thanks Senator Mike Rounds for his stalwart leadership of this bill. The RESPECT Act modernizes federal law to remove inconsistent federal agency consultation policies with tribal nations and their citizens.  This act is an important step to restore basic dignities of Native people and honoring the United States’ solemn Trust and Treaty obligations and government-to-government relationship with tribal nations," COLT Chairman Marvin Weatherwax (Blackfeet National Tribal Business Council) said.

“It is heartening to see 11 outdated federal laws—each a vestige of colonialism—wiped off the books by the RESPECT Act. This legislation recognizes tribes as equal governments in our federalism,"  Co-Executive Directors OJ and Barb Semans, Four Directions Native Vote, said to Native News Online in an email.

The 11 laws to be abolished are all related to Indian Tribes, are more than 100 years old, and were done without Tribal consultation.

If signed into law by President Biden, the RESPECT Act would nullify laws that have oppressed Tribes and their citizens that were deemed “hostile” by Congress or representatives of Congress such as Indian agents.

The RESPECT Act that passed the House on Wednesday is not the same RESPECT Act introduced in the Subcommittee for Indigenous Peoples of the Unites States by Representative Raúl M. Grijalva (D-Ariz.) earlier this year. Grijalva introduced the Requirements, Expectations, and Standard Procedures for Effective Consultation with Tribes (RESPECT) Act in March 2021, which has stalled in the Subcommittee because of discussion to include or not, Alaskan Native Corporations and Native Hawaiians by the National Congress of Ame  rican Indians.

Senator Rounds’ bill had support from the Great Plains Tribal Chairman’s Association and the National Congress of American Indians. The bill will next go the President’s desk for signing.