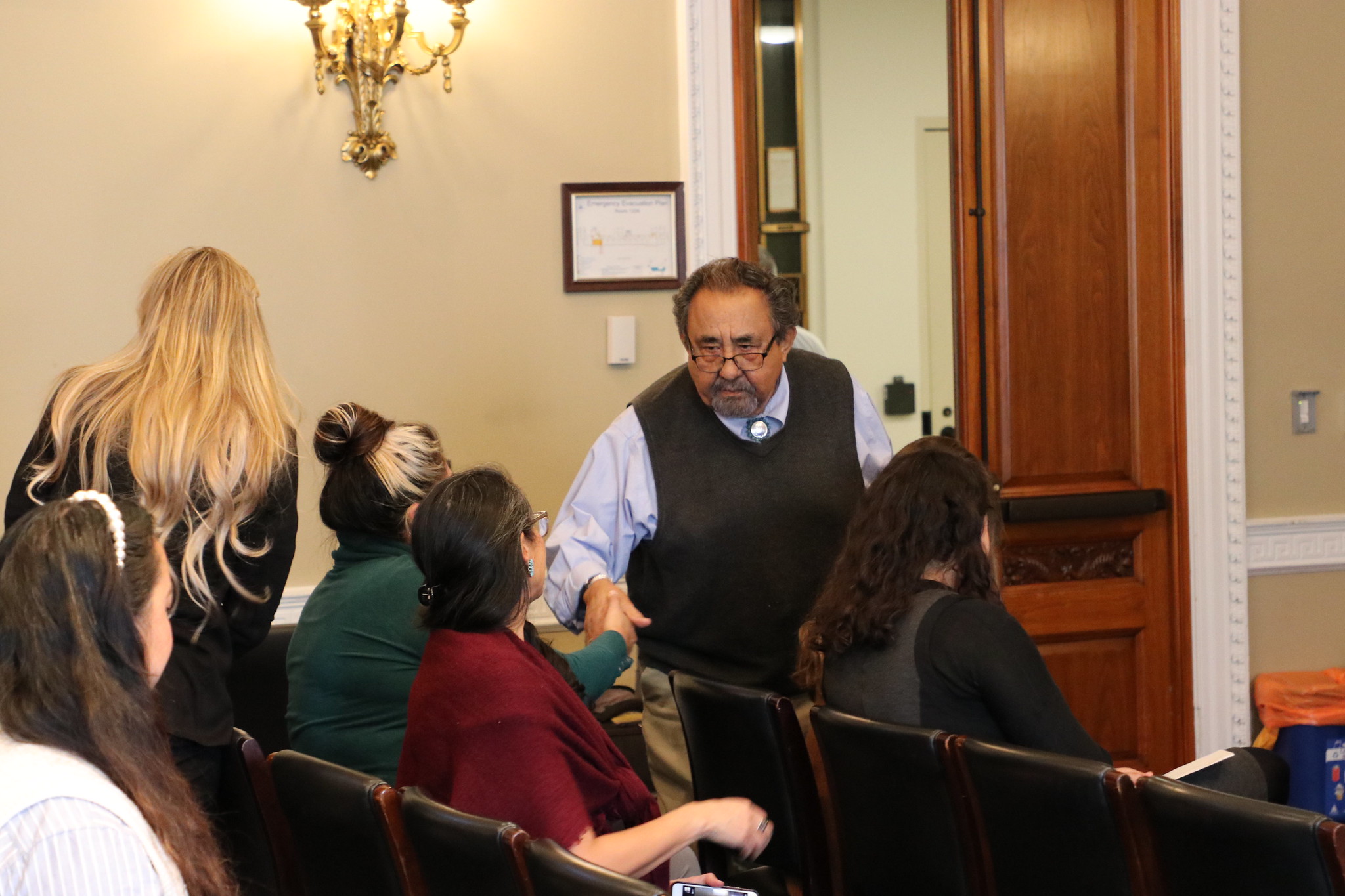 On April 6, the House Committee on Natural Resources was scheduled to hear a series of bill markups including the RESPECT Act—a Democratic-led bill that codifies the federal government and all of its agencies to consult with federally recognized tribes.

However, Indianz.com reported that the bill was flagged by Democratic staff in the committee pointed to an issue that will likely be contested on the floor—the inclusion of Alaska Native Corporations (ANCs) and Native Hawaiian organizations.

Indianz.com reported that Democratic staff said, “At the behest of the National Congress of American Indians, we are postponing the markup to discuss their concerns regarding the possibility of including Alaska Native Corporations and Native Hawaiians in the bill.”

The National Congress of American Indians did not respond to a request for comment on being cited as a contributing source to why the RESPECT Act did not make it to the floor.

If passed, the RESPECT Act would codify consultation and coordination by the United States Government with federally recognized Tribal Governments. The RESPECT Act, aims “To prescribe procedures for effective consultation and coordination by Federal agencies with federally recognized Tribal Governments regarding Federal Government actions that impact Tribal lands and interests to ensure that meaningful Tribal input is an integral part of the Federal decision- making process.”

The potential inclusion of Alaska Native Corporations and Native Hawaiian organizations in the bill would mean that federal agencies would also be required to consult with non-governmental organizations in the same manner as Indian nations, who have treaties with the federal government. The U.S. Supreme Court voted 6-3 that the definition of “Indian tribe” utilized by Congress includes Alaska Native corporations, as defined by the Indian Self-Determination and Education Assistance Act (ISDA).

The original version of the bill does not specifically include Alaska Native corporations or Native Hawaiian organizations.

Justice Sonia Sotomayor wrote for the majority that ANCs are “Indian tribes” and are eligible to receive funds from the Coronavirus Aid, Relief and Economic Act (CARES Act).

The RESPECT Act was previously announced as having full committee markup in the House National Resources Committee on Monday, March 28 at a press conference hosted by the committee’s chair and sponsor of the bill, Rep. Raúl Grijalva (D-Arizona).

“The U.S. Government will stand by its promise to honor Tribal sovereignty,” Grijalva said in a press conference on Monday, March 28. “Consulting with Tribes is not the nice thing to do, it is the right thing to do. It means federal agencies can no longer notify Tribes, they have to respect the government-to-government relationship as it says in the U.S. Constitution.”

“It's unfortunate that we could have started a movement towards holding the government accountable to their trust and treaty obligations,” said Walker River Paiute Tribal Chairman Amber Torres to Native News Online. Chairman Torres attended the March press conference announcing a full committee markup in the House Committee on Natural Resources.

The bill was introduced to the U.S. House of Representatives in May 2021 and referred to the House Natural Resources Subcommittee on Indigenous Peoples of the United States for discussion. Grijalva previously introduced the RESPECT in 2010, but it has never received a full committee markup.

With elections approaching in November, there are only 8 months left in the Democratic-led 117th Congress.

The RESPECT Act is supported by many Tribes and Tribal organizations across the country.