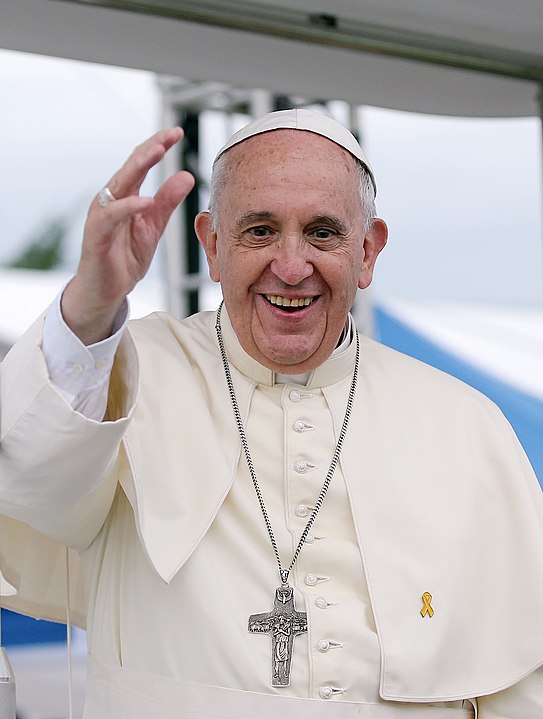 First Nation leaders and residential school survivors are in Rome, Italy, this week to ask Pope Francis for an apology for the Catholic Church’s more than 100-year role in operating Indian Residential Schools for Indigneous youth in Canada.

The trip, which includes the Assembly of First Nations, Métis National Council, Inuit Tapiriit Kanatami, and Canadian Bishops, has twice been postponed since last summer due to Covid-19 concerns.

The Pope originally agreed to the meeting last June, in response to the discovery of the remains of 215 Indigenous children in unmarked graves at a former Catholic-run Indian residential school site in Kamloops, British Columbia. The following month, the Cowessess First Nation– 1600 kilometers away from Kamloops– announced the discovery of as many as 751 unmarked graves at the former Marieval Indian Residential School in the province of Saskatchewan.

In June, Pope Francis expressed sorrow about the Kamloops discovery in his regular Sunday morning address at Saint Peter’s Square in Vatican City, but he offered no official apology for the role the Catholic Church played.

Since then, more and more First Nations have conducted their own ground penetrating radar at the sites of former residential schools, collectively finding thousands more children.

The Pope will meet with the Indigenous delegation several times over the course of the week, according to a press release from the Canadian Conference of Catholic Bishops. A final audience with all participants will take place on Friday, April 1, 2022.

Indigenous delegates say that true healing can begin with an apology from the Pope, but they will ask him to come to Indian Land in Canada to give that apology, according to Canadian First Nation journalist Brandi Morin (Cree, Iroquois).

Morin, who is traveling with the Indigenous delegation on behalf of Al Jazeera English, is posting live updates on her Instagram page from the weeklong trip. “The goal is to press for an apology for the Catholic Church's role in the residential school system,” Morin said in a video update posted to her Instagram. “There are probably close to 100 delegates, maybe several more with their support people.”