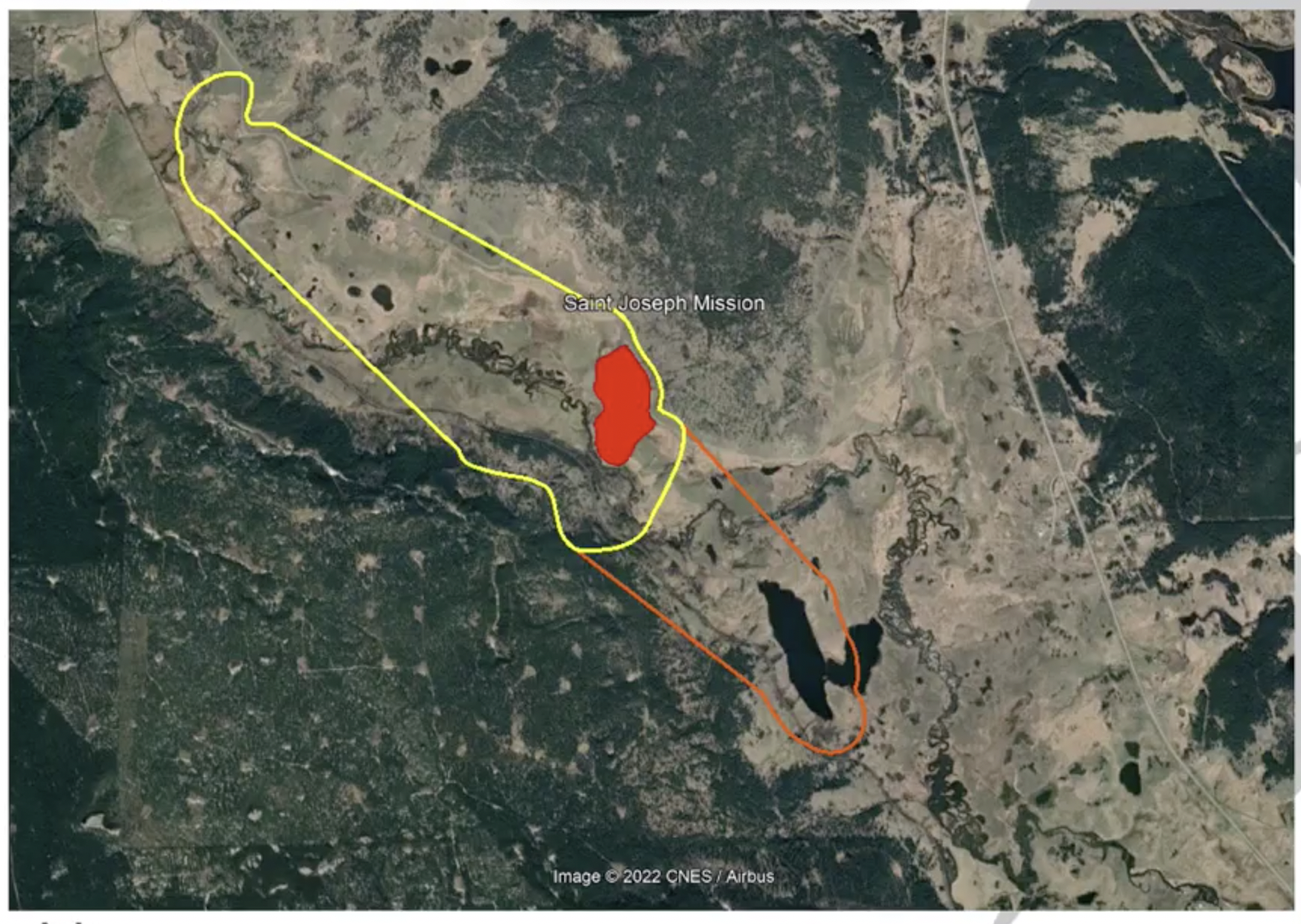 The potential burial sites of at least 50 Indigenous children were found on the grounds of St. Joseph’s Mission Residential School, a former Residential School in British Columbia, according to the first phase of the investigation led by the nearby Williams Lake First Nation (WLFN).

Nearly 5,000 viewers tuned in to the hour-long meeting. Orange hearts splattered throughout the comments —the color that has come to represent residential school resiliency and solidarity.

“Over the last nine months, WLFN has embarked on a journey to seek that truth so that the survivors … can be validated and recognized in the telling of their truths,” Sellars said in the press conference. “This journey has led the investigation team into the darkest recesses of human behavior.”

St. Joseph’s Mission Residential School was open from 1891 and 1981 on land less than three miles from the Williams Lake First Nation. The school was operated by various religious sects, though it was controlled by Roman Catholic missionaries as part of the residential school system set up by the Government of Canada. It was one of an estimated 139 residential schools named by the Canadian government's Truth and Reconciliation Commission, though historians say that number doesn’t encompass the full picture.

For decades, there were reports of neglect and abuse at the St. Joseph Mission that were ignored, or, in some cases destroyed, Sellars said. Records show that, on one occasion, nine students intentionally ingested poison hemlock in an attempt for mass suicide to escape the school, leading to one death.

Several members of the clergy that served the St. Josephs Mission were tried and convicted of sexual crimes against children in the 1990s.

According to Spearing, phase one of the investigation used predominantly ground penetrating radar and magnetometry to locate potential gravesites over about 35 acres of the more than 1,000 total acres of potentially affected land. There is a strong possibility that additional expansion of the investigation will occur given the research and findings presented today, Spearing said.

The Nation worked with specialists at Sugar Cane Archeology, a First Nations company that specializes in natural resource stewardship in British Columbia.

Spearing said that, to date, geophysical technology has found 93 potential gravesites on the surveyed area of the St. Joseph's mission, though the presence of a historic cemetery means that not all of those findings are necessarily the remains of Indigenous youth.

“Current data suggests that 50 of the potential 93 burials are not associated with the (historic) cemetery,” Spearing said. “All reflections seen in the GPR data have been marked and reviewed through a rigorous quality control process.”

Moving forward, Chief Sellars said the WLFN is prioritizing further analysis of the 93 potential burial sites, preservation of site evidence by enacting certain security measures, engaging with communities where children are known to be missing or deceased, and a continuation of archival research.

Today’s announcement brings the number of unmarked graves in the country that have been discovered since May to over 1,350, including: 215 in Kamloops, 182 in Cranbrook, and more than 160 found on Penelakut Island, all in British Columbia, and 751 in Marieval, Saskatchewan.

Ahead of the announcement, Native American Boarding School Healing Coalition’s new director, Deb Parker, shared a graphic on Facebook encouraging others to wear an orange shirt today in a show of solidarity.

Williams Lake First Nation created a list of wellness supports in preparation for today’s announcement that can be accessed here.

For support or resources, a National Indian Residential School Crisis Line is available 24/7 for those directly or indirectly impacted by the residential school era, and can be reached at 1-866-925-4419.