Dispelling the Myth of Manhattan 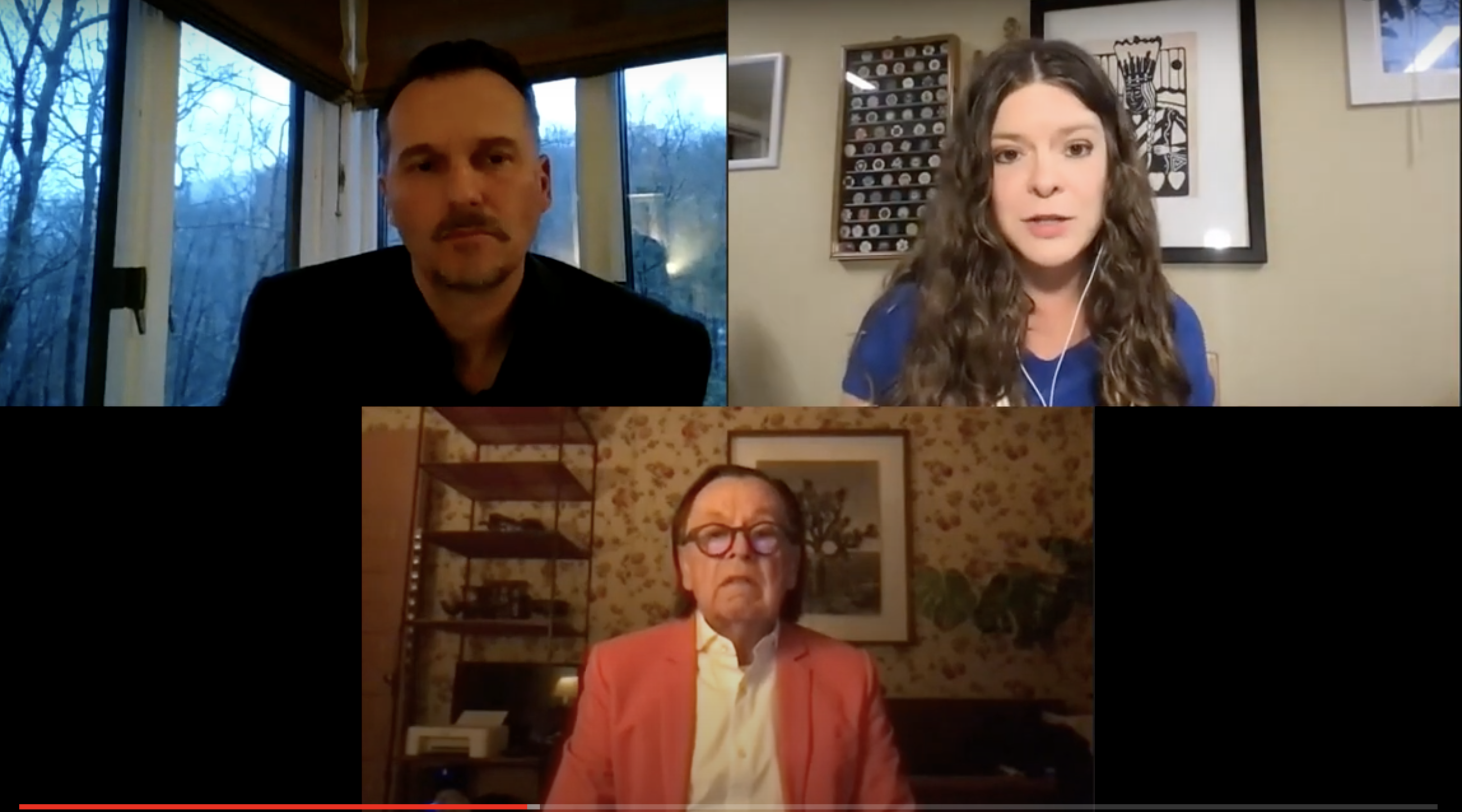 NEW YORK—The Myth of Manhattan goes like this: Dutch settlers, arriving in 1626 on the island called Manahatta by its Lenape residents, believed they struck a deal with the Natives. For $24 worth of beads and trinkets, the Dutch believed they “purchased” the island, and soon built walls on the southern tip of the island—now Wall Street—to keep them out.

On Thursday, Brooklyn Public Library hosted a panel to dispel the myth of Manhattan with the co-founders of the nonprofit Lenape Center, Joe Baker (Lenape, Delaware Tribe of Indians of Oklahoma) and Hadrien Coumans (an adopted member of the Lenape WhiteTurkey-Fugate family). The panel was moderated by playwright and attorney Mary Kathryn Nagle (Cherokee Nation).

“It just plain couldn’t have happened for two reasons,” Nagle said in a video about the myth streamed during the remote event. “First, the Lenape had no concept of land ownership.” In other words, they did not believe that one could possess the earth to sell in the first place.

“And second,” Nagle continued, “the Dutch had struck the deal with Lenape men who didn't have the authority. In Lenapehoking (Lenape land), it was the women who made the big decisions.”

What Baker calls the “tenacious myth” circulating for the past 400 years covers the truth of his own origin story and how his family—who can trace their ancestral homelands directly to the center of what has become one of the most iconic cities in the world—ended up on a reservation in Oklahoma.

After the Dutch slowly pushed out the Lenape people, European settlers and eventually the U.S. government continued to push the Lenape people—who lived on homelands across the Northeast—onto five reservations in Oklahoma, Wisconsin, and Ontario.

“I think if we, as Americans, embrace … the American Dream, we have to rethink our beginnings,” Baker said. 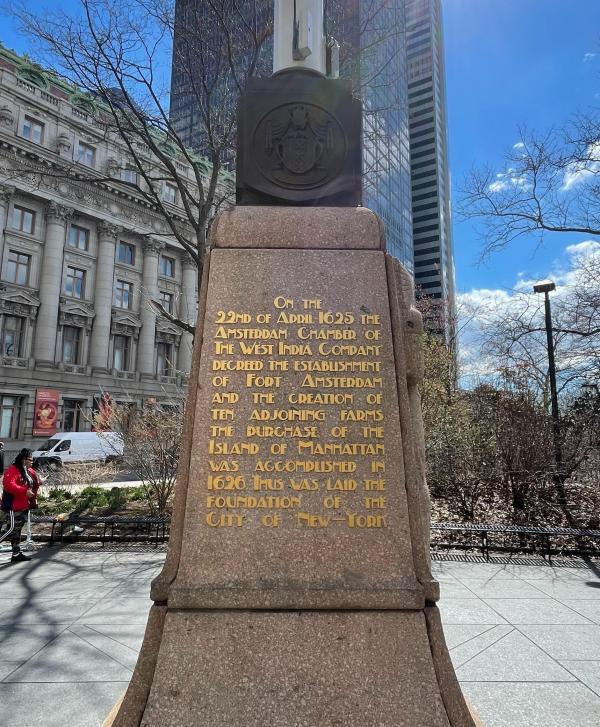 One of two plaques acknowledging the "sale" of Manhattan sits on the southern tip of the island in Battery Park. The monument, which was gifted by The Netherlands in 1926, makes no mention whatsoever of the Lenape People, or the mythic sale of their land. "Removing the plaque does not remove the history," Baker said. "I think a broader discussion around this plaque is the proper approach." (Photo/Jenna Kunze)By the 1630s, less than a decade after Manhattan was colonized, 90 percent of the Lenape population had died due to disease and massacres. “You have to also accept the truth of a genocide, and I think that's very difficult for people to embrace,” Baker said.

Baker and Coumans founded the Lenape Center in Manhattan in 2009 with a mission to  continue Lenapehoking through community, culture, and the arts. Their long-term goal is to purchase their own physical space to enhance their platform, Coumans said.

In order to move forward, Baker and Coumans agreed they’d first like to see New York City and its many powerful institutions recognize the truth, and then to work towards regenerating Lenape culture locally.

“The element of reconciliation begins with truth,” Coumans said. Baker proposed the city pass a resolution recognizing its original inhabitants.

“This is the cultural center of the world,” Baker said. “I mean, everything happens here in New York City. So if the institutions that have benefited and profited from being here, in Lenapehoking, on this soil, our ancestral land, could begin to open their doors .. to invite Lenape people home, that would be that would thrill me beyond all extremes. Bring them back to somehow express their creativity, their vision, their lifeways, in the homeland.”

In addition to his people, Baker also envisions bringing back the traditional ecology of Lenapehoking.

Since 2019, the Lenape Center has collaborated with a farm on Lenape land in the Hudson Valley in upstate New York to replant ancestral seeds in their native soil.

The seed rematriation project is the basis of an upcoming event in the Brooklyn Public Library Lenapehoking speaker series on April 14 at the Greenpoint Library in Brooklyn. To view and sign up for other events within the speaker series, including music by Brent Michael Davis (citizen of the Stockbridge-Munsee Band of the Mohican Nation) and poetry by Rebecca Haff Lowry ( Delaware Tribe of Indians), sign up here. Registration is free, and some events are available online.