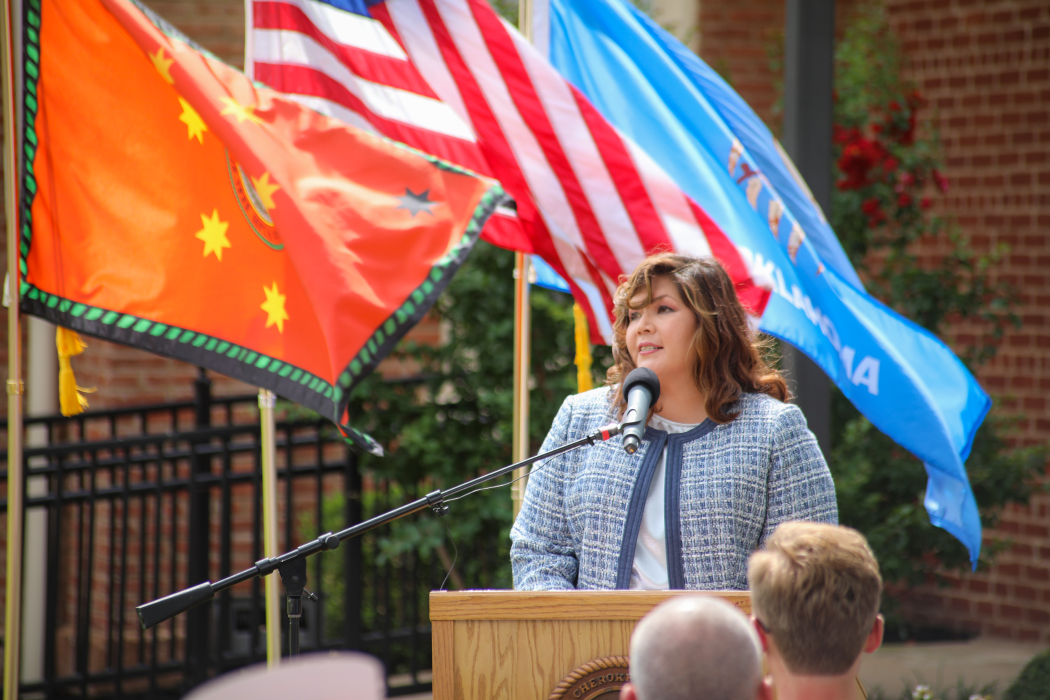 The Cherokee Nation is exercising its treaty rights by fighting for its own delegate in the U.S. House of Representatives.

On Nov. 16, the House Committee on Rules held a hearing on legal and procedural factors in seating a Cherokee Nation Delegate.

Committee of Rules Chairman James McGovern (D-MA) said the hearing was aimed at giving Congress an opportunity to understand legal and procedural questions in seating a Cherokee Nation delegate. No legislation on the issue has yet been introduced, but McGovern described today’s hearing as “a good first step.”

Hoskin said that the Nation’s more than 441,000 citizens have been waiting for today’s hearing for 187 years.

Committee of Rules Chairman McGovern asked Chief Hoskin why the Nation chose to select its delegate candidate by council vote rather than a vote from the entire Nation.

Hoskin said that the Constitution of the Cherokee Nation prescribes the manner in which the delegate is selected— through an appointment by the principal chief and confirmation by the council.

“This is where the United States could show deference to the Cherokee Nation as a sovereign Indian Nation,” Hoskin said. “In terms of the treaty itself, it say[s] that the Cherokee Nation shall have a delegate. It doesn’t prescribe the manner in which it’s selected.”

McGovern shared that the committee has received letters from four other tribes asking that Congress consider seating their delegates. Each of those tribes referenced specific language from their treaty with the U.S. government that alluded to a delegate.

“We’re here today to discuss the Cherokee Nation’s request to see the delegate,” McGovern said. “But as we continue to work to honor our treaty obligations, I think it is important that Congress also look into these other requests.”

Schwartz said that while the Congressional Research Service has looked into other treaties, the language of the New Echota Treaty “is the clearest of the treaties between the United States and various tribes.”

Congressman Tom Cole (R-OK) asked why the Cherokee Nation did not press for a delegate sooner.

Hoskin said he loved the question because it gave him an opportunity to talk about Cherokee history.

“The history since 1835 with the Cherokee Nation has been one of rebuilding and then being suppressed again, being dispossessed,” Hoskin said. “The Trail of Tears—which came after the Treaty of New Echota— nearly destroyed the Cherokee Nation. [We] lost a quarter of our population, [it] ripped apart our institutions. It was the near destruction of the Cherokee Nation. We rebuilt. Decades go by, and the Civil War visits the Cherokee Nation and brings even more destruction and division than the Trail of Tears if you can imagine that. We go into another period of rebuilding in the post-Civil War era and late in the 19th century. But in the 1970s, we start to rebuild, and we’ve been on a trajectory, as other tribes in Oklahoma and across this country, of building economic strength and prosperity back home. And so we are now in a position where we can assert this right, whereas my predecessors and the two centuries before, frankly, we were just trying to hang on to our way of life and rebuild.”