Yurok Education Director Appointed to the California State Board of Education 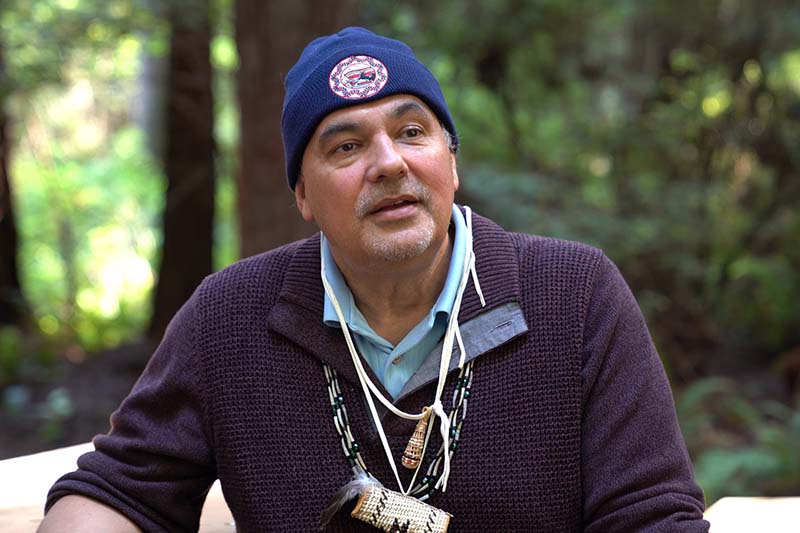 SACRAMENTO, Calif. –– Jim McQuillen, the Yurok Tribe’s Education Department Director, has become the first Yurok tribal citizen to serve on the California State Board of Education.

California Gov. Gavin Newsom appointed McQuillen (Yurok tribal member, Tolowa Deeni’, Irish) to the board early this month. Members of the State Board of Education are first nominated for the position and then appointed by the governor. Each appointment requires confirmation from the California State Senate and from there they serve a term of four years.

“It’s an honor to be nominated and appointed by Gov. Newsom to this board — I’m humbled,” said McQuillen.

The board is California’s K-12 policy-making body for academic standards, curriculum, instructional materials, assessments and accountability. Consisting of 11 appointed members, the board meets for two days every other month.

McQuillen, who descends from the Village of Turip, is a lifelong practitioner of the tribe’s traditional culture. His family organizes an annual Brush Dance, which is a healing ceremony. In addition to his cultural upbringing, McQuillen holds a master of arts degree in psychology from California State University, Sacramento, a Pupil Personnel Services Credential in school counseling, as well as a Marriage Family Therapy license in California. He has been in private practice, a lecturer at Humboldt State University and an assistant principal.

He is also a recent recipient of the American Civil Liberties Union’s Chief Justice Earl Warren Civil Liberties Award. In 2017, the ACLU presented him with this prestigious accolade for bringing local Native American language, culture and history to numerous public school classrooms in Humboldt and Del Norte Counties.

McQuillen, the Yurok Education Department Director since 2004, has experience in place-based education. He oversees a staff of 75 employees, who are focused on improving scholastic outcomes for students of every age, ranging from toddlers to young adults. He led team Yurok language to be taught in three separate school districts including Hupa, McKinleyville, Del Norte, and Eureka High Schools. The department comprises three Head Starts, the nationally recognized Yurok Language Program, a Higher Education Program and several other services that support the advancement of tribal youth.

“We worked very hard to use our own teachers and paid for our teachers for a couple years before the school picked up the responsibility, and the language counts for college credit,” he said. “We lost our last original speaker a few years ago so we were aggressive about our language survival.”

McQuillen will remain in his director role while serving on the State Board of Education.

“I will continue in my current position as I give it my best to represent the unique needs of our students, which is more important than ever before because of the COVID-19 pandemic,” he said. “There are more chances for students to fly under the radar or fall through the cracks due to distance learning.”

One of McQuillen’s key issues is closing the achievement gap.

“Native American students fall behind in test scores, graduation and college rates,” he said. “There are some gains but it’s still an achievement gap.”

Another issue he’d like to focus on is curriculum. “We need to ensure the history and culture is presented accurately for Native peoples. Genocide and wars have not been portrayed in an accurate fashion,” he said, noting the “generic quality” of state textbooks. “We need to select textbooks that portray accurate history.”

He said that by the time students reach college, many don’t know the true history of California Indians. “Why wasn’t I told this before?” is a question too often asked by adults, he added.

“It’s even hard for some of the staff to teach about it because they feel trauma,” said McQuillen, who has experience training and helping educational staff deal with healing from intergenerational trauma so that they are able to “deal with those emotions” while teaching students.

Additionally, McQuillen would like to address the concept of social justice and restorative practices at the state level, including the pipeline to prison that many Native students and other people of color experience.

“There’s a disproportionate number of disciplinary actions to persons of color,” he said. “They end up in community schools and end up labeled and pigeonholed, and become that pipeline. We need to find those other alternatives to discipline and restorative practices need to be followed.”