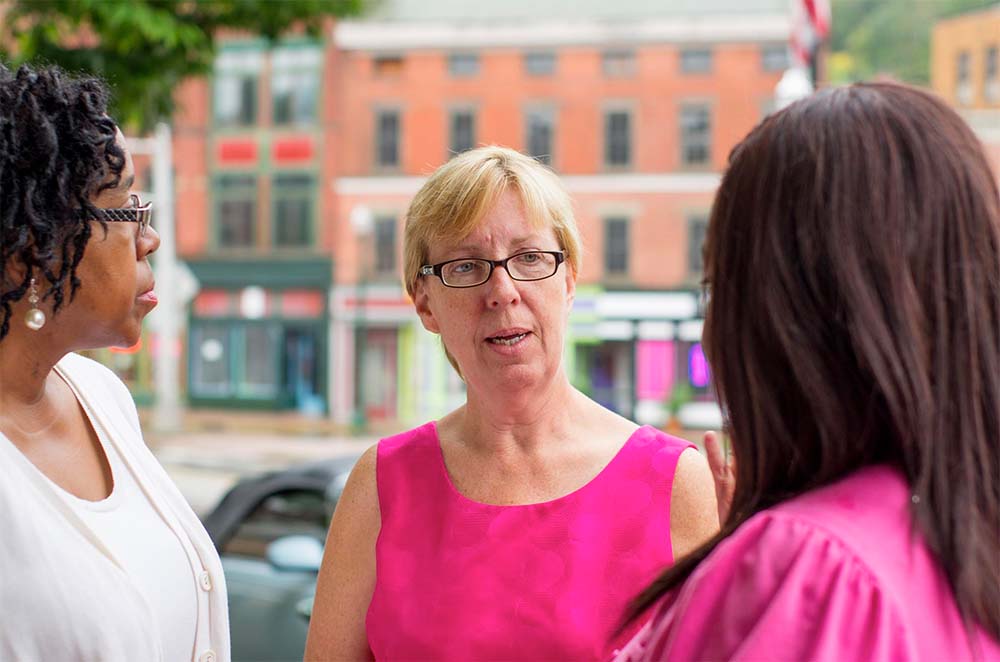 In the next several weeks, Sen. Osten (D-Sprague) — whose 19th state senate district includes both the Mohegan Reservation in Uncasville, Conn. and the Mashantucket Pequot Reservation in Ledyard, Conn. — will introduce a bill requiring each local and regional school board to include Native American studies as part of the social studies curriculum for the school district, focusing on the Northeastern Woodland tribes of Connecticut.

“It's been almost 400 years since history books tell us that Connecticut was 'settled' by the English who came down from Massachusetts. But we know that Connecticut had actually been settled, long, long before that by a variety of Native American tribes, who were truly the first people of this state and our nation," Sen. Osten said in a statement. "There was trade. There was politics. There was environmental policy and spirituality. These threads of our history are still alive today, and they are woven into the fabric of Black and white, Hispanic and Asian, Native American and other state residents. Like our educational focus on other aspects of Connecticut society, my hope is that this bill will make us better and stronger as a state.”

“We are surrounded, day in and day out, with references to our native ancestry, from the names of cities, towns, and roads to the very name of our state, which means ‘long tidal river’ in Algonquin,” Chairman Butler said in a statement. “Education is key to understanding and the bridge to future collaboration that will benefit all residents both culturally and economically. It’s a context that’s missing from today’s narrative. It’s a story that needs to be told.”

“I am inspired and honored to speak for the Mohegan Tribe in support of the Native American curriculum introduced by Sen. Cathy Osten. Our Tribe is proud to support this bill, and we view it as an opportunity to teach all Connecticut students the long and storied history not only of the Mohegan Tribe, and all the Connecticut tribes here today, but those lost tribes of Connecticut, and other Northeast Woodland peoples too,” Vice-Chair Regan said in a statement. “As a retired Social Studies educator of 35-plus year at Tolland High School, I, with the assistance of my Mohegan Tribe and others, wrote and taught a Native American Studies course and curriculum that has endured for two decades. I can tell you firsthand that students have not only benefitted but have been inspired by this. Additionally, I can tell you they have also yearned for the true history of our first nations to be heard. Imagine being a Mohegan student (or any student for that matter) and being taught that your people were uncivilized, or taught the concept of Manifest Destiny from the perspective of the United States and colonialism, and not from the perspective of the millions of Indigenous peoples who were so adversely affected? Or imagine not learning of the beautiful culture, language, ceremonies and history of your people who lived here long before any Europeans? This partial perspective needs to stop, and the voices of our indigenous people need to be heard.”

"The Eastern Pequot Tribal Nation extends our sincere gratitude to Sen. Osten and all Connecticut Tribal Nations working together to establish a Native American studies program in the public schools,” said Chairwoman Dring in a statement. “We fully support this bill, which will assist in public re-education that includes an accurate portrayal of the First Nations People in Connecticut. The Pequots were not destroyed, we survived. Truth may lead to positive change if we work together for a good life for all nations.”

“The Schaghticoke Tribal Nation stands in support of proposed legislation for the inclusion of Native American Studies in Social Studies Curriculum, introduced by Sen. Osten,” said Chief Velky. “The Schaghticoke Tribal Nation, as one of Connecticut's first families, believes it important to educate Connecticut's youth with truthful and accurate historical information, not only the role Native American's played when Europeans colonized North America, but of their rich culture including political and governing organization, many such practices and concepts incorporated into our Constitution. This legislation is long overdue, and we look forward in working with Sen. Osten and the Education Committee to bring this to fruition.”