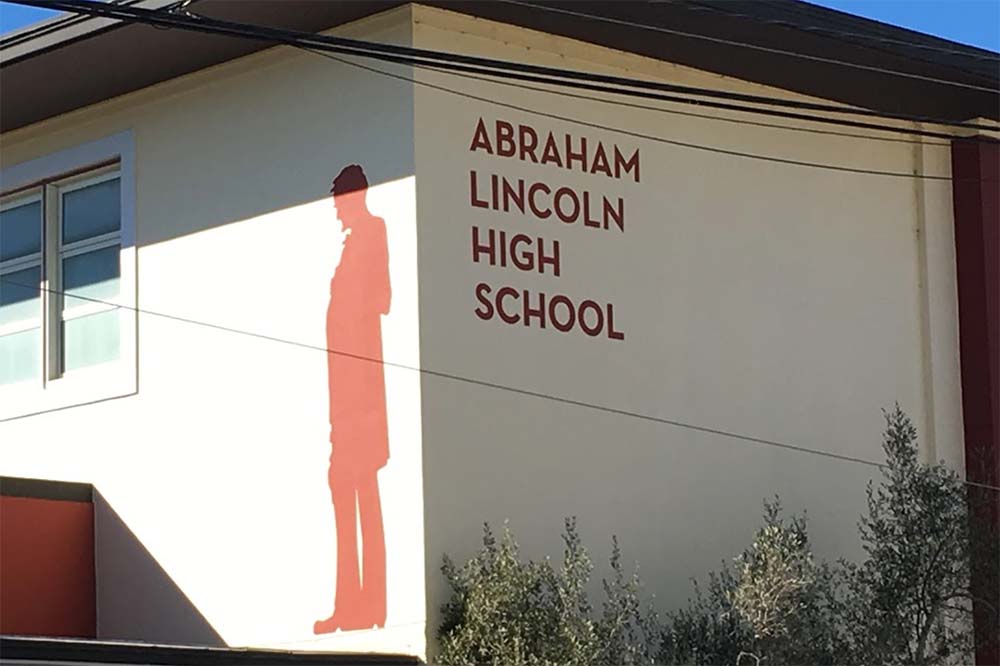 The San Francisco Unified School District Board of Education on Tuesday night voted 6-1 to scrub the name of several founding fathers, among other figures deemed to have inhibited societal progress, from one-third of the city’s school names.

Board president Gabriela López did not respond to request for comment, but told The New York Times that any school for which its namesake fit the criteria of “engaged in the subjugation and enslavement of human beings; or who oppressed women, inhibiting societal progress; or whose actions led to genocide; or who otherwise significantly diminished the opportunities of those amongst us to the right to life, liberty, and the pursuit of happiness,” qualified for renaming.

Feinstein met the criteria for her administration’s move to replace a Confederate flag that was vandalized at City Hall while she was serving as mayor of San Francisco. Washington made the list for, in addition to owning slaves, ordering the invasion and killing of several Indian Tribes, including the Iroquois, Seneca and Cayuga.

Abraham Lincoln also made the list for the hanging of 38 Santee Sioux Native Americans for supposedly attacking white settlers in 1862, after the settlers invaded the Tribe’s territory in the Minnesota Valley.

The decision was criticized by city mayor London Breed, among others, for prioritizing renaming the schools by April over bringing more than 50,000 students back into the classroom. San Francisco schools have been shut down since March.

“I understand the significance of the name of a school, and a school’s name should instill a feeling of pride in every student that walks through its doors, regardless of their race, religion, or sexual orientation,” Breed said in a statement.

“What I cannot understand is why the School Board is advancing a plan to have all these schools renamed by April, when there isn’t a plan to have our kids back in the classroom by then. Our students are suffering, and we should be talking about getting them in classrooms, getting them mental health support, and getting them the resources they need in this challenging time.”

District 2 Supervisor Catherine Stefani echoed the mayor’s sentiment in a letter penned to that board on Jan. 27, pointing to schools “across the world, public, private, and parochial” that have reopened safely. “San Francisco's failure to prioritize in-person education is an unprecedented crisis,’ Stefani wrote. “Let's have debates about renaming when—and only when—we have returned our children to school.”

Alongside this decision, the San Francisco Unified School District Board of Education unanimously passed a resolution the following day seeking reparations for American Indian and Alaska Native communities. The resolution points to specific actionable items, including “removing stereotypes and misinformation about American Indian, Alaskan Native and all Indigenous people from school walls, celebrations and textbooks,” and “providing educators with curriculum resources to teach true Native American history.”

This decision came after years of building towards recognition of Indigenous people in the city. In 2018, the school district, along with the city and county of San Francisco, renamed the second Monday in October as Indigenous Peoples Day. The following year, Gov. Gavin Newsom issued an apology to Native Americans for California’s historical wrongdoings. Last year, the Christopher Columbus statue was removed from the city’s downtown, and the state required schools implement ethnic studies of traditionally marginalized groups, including Native Americans, by March 31, 2020.