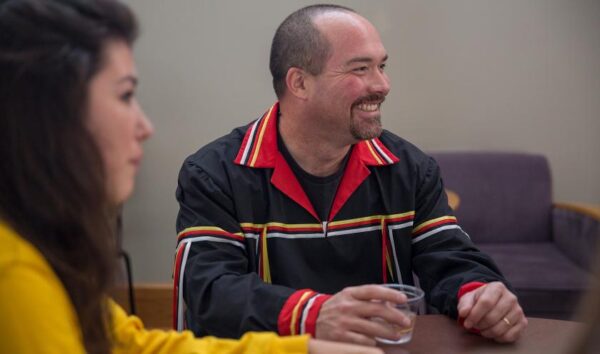 MARQUETTE, Mich. — Northern Michigan University plans to use $170,000 in new grant funding to help transition its Center for Native American Studies curriculum to an online format.

The Center’s programming has traditionally been offered only on campus, but the COVID-19 pandemic has forced faculty to rethink how they delivered the course work, according to NMU.

“Because many of our Native American studies courses incorporate oral traditions and place-based learning, it is challenging to figure out appropriate ways to transform the curriculum from onsite to online,” Project Director Martin Reinhardt said in a statement. “If the pandemic has taught us anything, it is that we need to be better prepared to continue offering our courses even during life-altering circumstances.”

As well, by expanding into the online format, the programming will be available to more people, who will be able to access it on their own timelines, not necessarily in sync with the traditional in-person class format, according to the university, which is based in Marquette in Michigan’s Upper Peninsula.

The funding for the program came as part of a $40.3 million round of economic stabilization grants from the National Endowment for the Humanities (NEH) that was included in the federal CARES Act in March. The more than 300 competitive grant recipients were selected from a pool of 2,300 applications from cultural organizations that requested more than $370 million in funding.

“Over the past few months we have witnessed tremendous financial distress at cultural organizations across the country, which have been compelled to furlough staff, cancel programs, and reduce operations to make up for revenue shortfalls caused by the pandemic,” said NEH Chairman Jon Parrish Peede. “NEH is pleased to provide $40 million to preserve thousands of jobs at museums, archives, historic sites, and colleges and universities that are vital to our nation’s cultural life and economy.”

The Northern Michigan University funding was among more than $535,000 in grants that went to five programs that explicitly deal with Native American culture.

The other recipients were: