A survey commissioned by the by the Shakopee Mdewakanton Sioux Community, based in Prior, Minn., shows supermajorities in all demographic groups in the state of Minnesota support increasing education about tribes and Indigenous people in the state’s public schools. 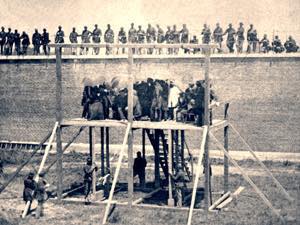 Nine out of every 10 Minnesotans indicated that they support “increasing the teaching of Minnesota’s Native American history, culture and tribal government in the state’s K-12 public schools.” Ninety percent of respondents agreed with that statement, while 7 percent were opposed and 3 percent did not express an opinion.

The statewide survey was conducted as a research project of Understand Native Minnesota, its philanthropic campaign to improve the narrative about Native peoples in Minnesota’s K-12 education system.

“Minnesotans clearly value the importance of educating students about the people indigenous to this land – the Dakota and Ojibwe people,” said Shakopee Mdewakanton Sioux Community Secretary/Treasurer Rebecca Crooks-Stratton, who is also the chair of Understand Native Minnesota. “This new information confirms our belief that improving the accuracy and amount of Native American-related subject matter in our schools is not only the right thing to do, but it is also overwhelmingly supported.”

The survey results show that supermajorities of support exist in all demographic groups, regardless of political affiliation, geography, age or educational level. Supporters include:

“Our tribes are thriving sovereign nations within Minnesota. But many people don’t know about tribal sovereignty, the distinct identity each of the 11 tribes has or even about our very existence,” Shakopee Mdewakanton Sioux Community Chairman Keith Anderson said. “We hope these survey results will encourage educators, policy makers and parents to help the next generation achieve a higher degree of understanding between non-Natives and Natives than ever before in our state’s history.”

The Minnesota polling results show an even stronger degree of support for the teaching of Native subject matter than previous national polling data have shown. In Sept. 2017, the Reclaiming Native Truth project conducted a national public opinion survey of 3,200 adult Americans, which showed that 72 percent of Americans support “significant changes to K-12 curricula to ensure accurate Native history and culture are taught in schools.”

The survey of 800 registered Minnesota voters was conducted Sept. 18-22, 2021, by Public Opinion Strategies, one of the nation’s leading public affairs research firms. It has a margin of error of +/- 3.46 percent.