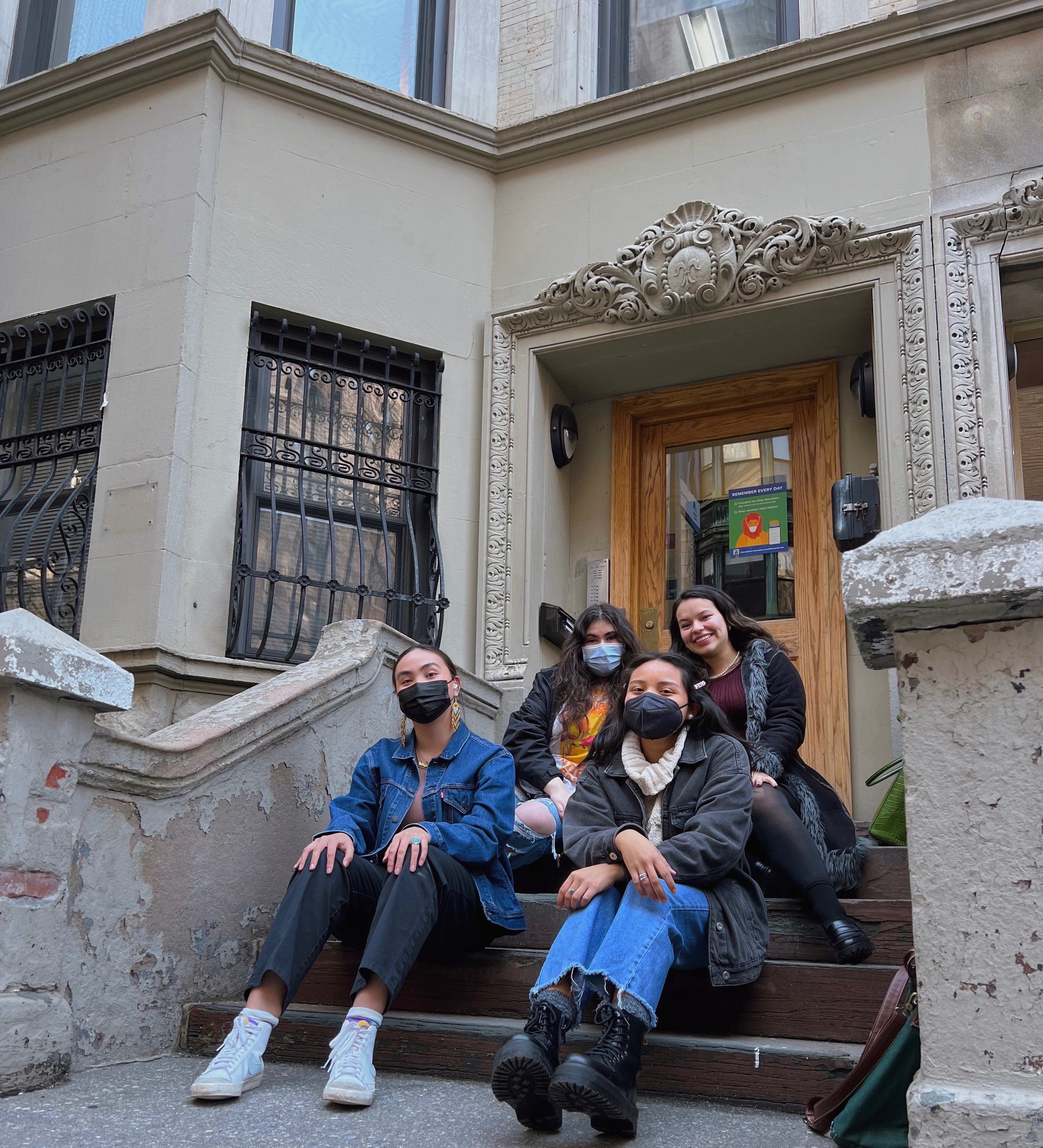 Indigenous students of Columbia University finally have their own brownstone–nearly a decade in the making.

Columbia provides brownstones as options to some students and student groups. They are highly sought after–if and when they become available. Once available, student groups can apply to be selected as the group who move in.

Three brownstones became available that year, and the group applied but they were not selected.

Then, Audra Hickman, Cherokee Nation, as a 2017 freshman, made it an undergraduate mission to secure a brownstone. One brownstone opened up in 2019 and Manhattan House, a small one-floor special interest community residence for Indigenous students, was one of four finalists. But, they weren’t approved that time either.

Then, one brownstone became available in 2021 after Delta Sigma Phi fraternity lost their Columbia-owned brownstone due to allegations of hazing and harassment from members.

The group filled out the 10-page application and presented a powerpoint in front of the selection panel to advocate for Manhattan House to get this space.

The application process was a lot of time and effort for the group. Eva Brander Blackhawk, Western Shoshone, was the primary writer for the application, and she completed it during finals week. It was an intense time for her, and at times she questioned the amount of work she was putting into the application.

“I mean 10 pages was longer than some of the papers I was writing, and we didn't know if we were going to get it,” Blackhawk, who is studying economics as well as ethnicity and race, said. “It's a selective process, like is it even worth it, but it ended up being totally worth it.”

The group was approved for the brownstone on Feb. 9.

“It's really great because it provides a refuge for a lot of us, because when you enter academia, it can be very traumatizing,” Charitie Ropati, a civil engineering student, said. “But it can also be a space for community building.”

“Columbia is named after Columbus. So having the university give us a space like this and acknowledge our work and our organization in such a big way feels really special,” Blackhawk said.

All of those organizations are student-led and provided funding through the allocation process that every student group has to apply for annually. Hickman did acknowledge the support the Office of Multicultural Affairs has done for Indigenous students, but gaps remain.

Due to “intense socioeconomic, and racial divide, our campus was a toxic experience,” Hickman said. “That environment coupled with the fact that we didn't have anybody on staff who supported us in anything that we wanted to do. It was very, very taxing, and very, very hard.”

The average cost to attend Columbia University is $82,000 annually, 62% of students in 2019 received some type of loan or grant to attend, leaving 38% of students whose families can afford to pay around $328,000 in total for them to attain their degrees in the standard four years. The majority of the student body is white.

Columbia has lagged behind other Ivy League universities in their institutional support for Indigenous students and that continues into the present. Currently, Audra Simpson, Mohawk, is the sole Native American faculty member. There are three job postings on the university’s website that include language to encourage Indigenous applicants. One of those positions has been open since 2020 and has yet to be filled. Only recently did the university hire a Coordinator of Native & Indigenous Outreach, according to Hickman.

“Ultimately… I'm really excited to see the events we have planned, but also the healing that can result from that,” Ropati said of having the brownstone. “I don't think people realize how healing physical spaces can be and how it can help the wellbeing of Native kids. So I'm really excited.”

They are especially excited about organizing events around Indigenous Peoples’ Day.

The brownstone, which they plan to call “Indigehouse,” is one of four special interest brownstones where students can live and socialize. The building, located in Manhattan near Broadway and 113th St., has five floors including the ground floor. There is a shared living space and a backyard. The top three floors will serve as residential living spaces with 11 single rooms and two double rooms.

It was built in 1915 and is south of the campus in the Morningside Heights neighborhood — an area that is largely taken up by Columbia, Barnard College, and the Manhattan School of Music. Typical condo/apartment purchase prices in the area are around $1 million. The area has been increasingly gentrified over the past two decades.

Ropati, a junior at Columbia, had this to say to future students: “You deserve spaces where you feel safe, where you don't have to defend your identity, to fight for visibility. This is a space where people already see you for who you are. So I really want future students to understand that.”

The students will be moving in fall of 2022.