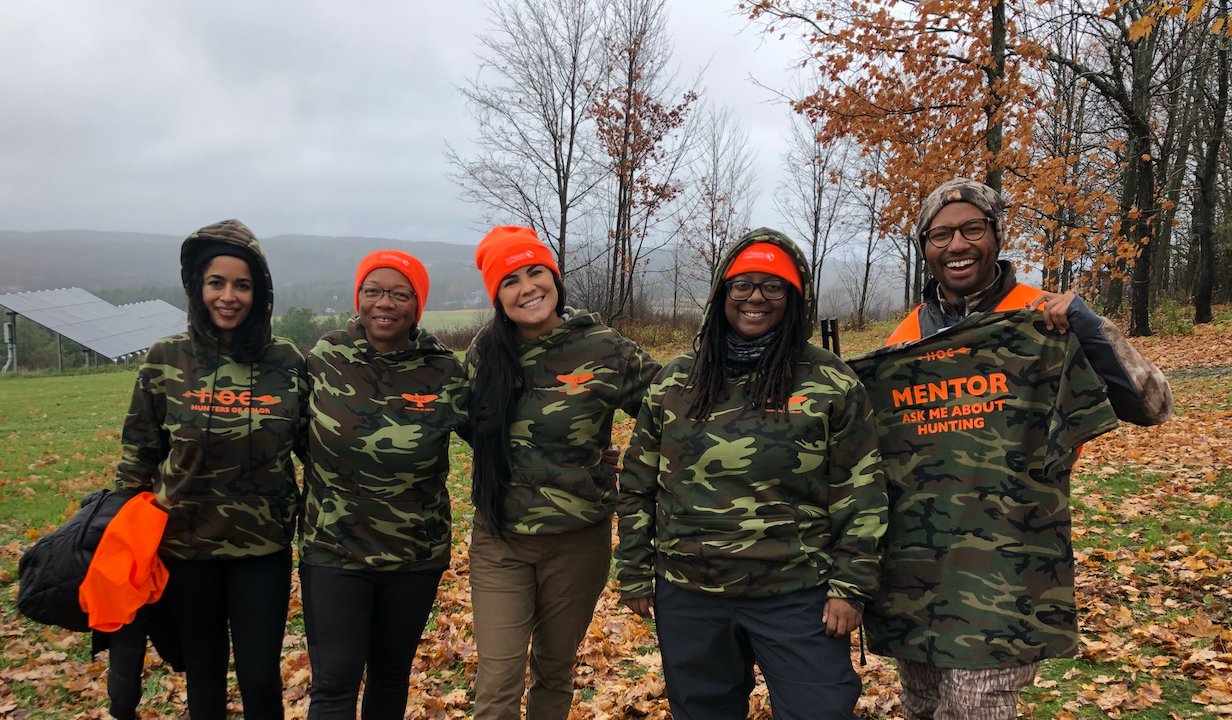 Hunters of Color is an organization hosting workshops and mentorship opportunities for Black, Indigenous, and people of color to get reconnected with the outdoors for the sake of conservation, food sovereignty and preservation of ancestral traditions.

“We say we’re re-connecting people to the outdoors,” Parker, who serves as the group’s executive director, told Native News Online in a Zoom interview from her home in Oregon. “I hear people say ‘introduce’ and that’s not the correct terminology at all because we’ve been out here…and it’s in all of our blood as people of color—but especially as Indigenous peoples— to have these connections to the Earth. And so we're trying to reconnect or restore those connections to the outdoors.”

Despite its Native origins, hunting in the United States today is an overwhelmingly white-dominated space: less than 4% of all hunters identify as people of color, according to US Fish and Wildlife Services.

Some barriers include: expensive gear, permitting, and lack of access to lands. Census numbers show that over 70 percent of Indigenous people live in urban areas, which means that many Native youth never have the opportunity to subsistence hunt on the land the way their ancestors did.

“My impetus for starting Hunters of Color is always making sure that Indigenous people have these connections to our cultures,” Parker said. “Some of the biggest issues that…Indigenous kids face in school is feeling like they don't have an understanding of who they are because those lifeways or the ceremonies or traditions have been taken away through forced removal and through living in diaspora.”

Last fall, the group took eight mentees from New York City to hunt white tailed deer on Mohawk land near what is now Albany, New York, on the Hannacroix Ravine Preserve through a collaboration with The Nature Conservancy in New York.

Parker—who herself learned to hunt in her early 20s alongside Hunters of Color’s other co-founders—said the group also focused on preparing the meat, and the ceremony surrounding animal sacrifice.

“There’s a colonized mindset present prevalent in a lot of Western hunting that puts humans above nature…and that mindset allows you to dominate nature,” she said. “That’s something we’re trying to decolonize. We say we have an agreement with nature, we’ll take care of her, she'll take care of us.”

Hunters of Color offers similar programming in states including Oregon, New York, Arkansas, and California. This weekend, they’ll host a pheasant and hunt March 11-13th in Omaha, Nebraska. Next month, they’ll host a turkey hunting workshop in Oregon, and this fall they’ll host another hunting mentorship in New York state.

BIPOC identifying individuals interested in learning how to hunt, or becoming a mentor to teach others, can apply on the group’s website. Participation is free.