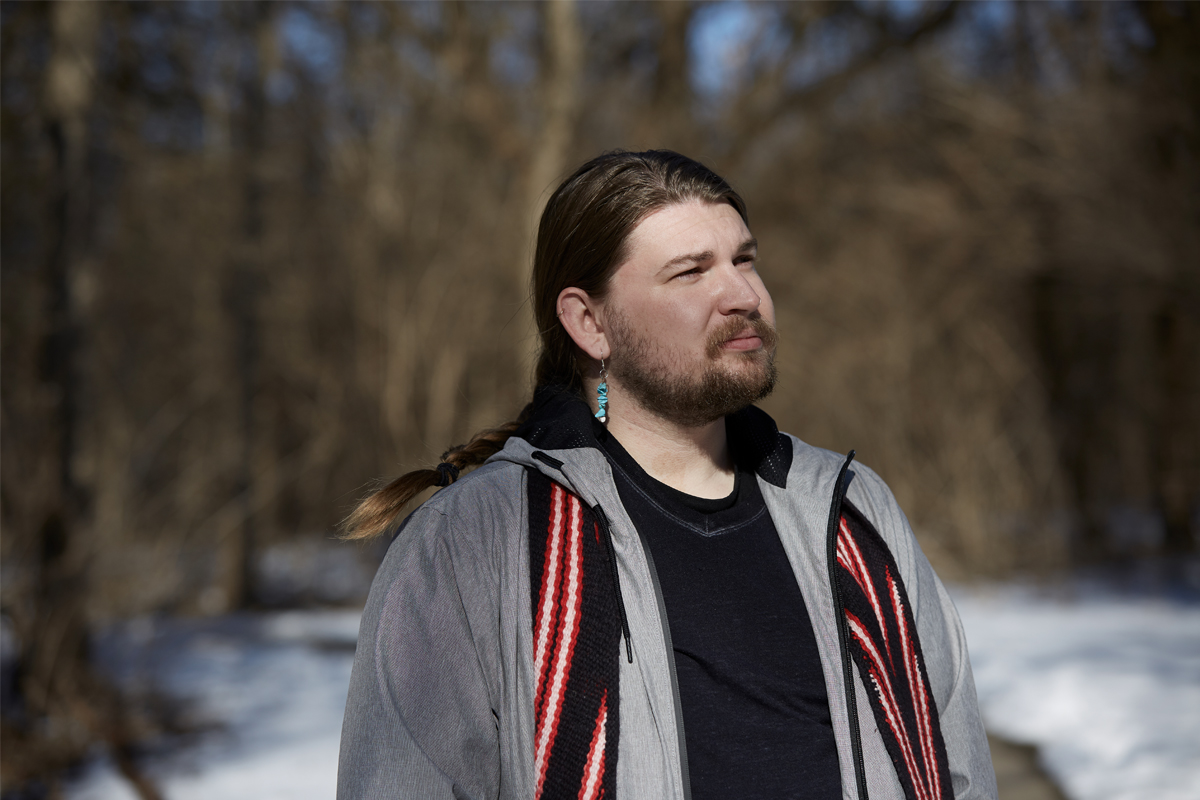 The ruling in Egbert v. Boule declined to allow for damages claims against federal officials for retaliation under the First Amendment, Katlyn Patton, a staff attorney for the Foundation for Individual Rights and Expression (FIRE), told Native News Online.

“At this stage, Congress would need to act to create that remedy,” Patton said.

Haskell, located in Lawrence, Kansas, has about 1,000 students, all of whom are members of federally recognized tribes, and is operated by the federal government. Ronald Graham, then-president of the university, was a federal employee, Patton said. Five days after the Supreme Court’s Egbert v. Boule decision, former student newspaper editor Jared Nally’s appeal demanding money damages from Graham was withdrawn in response to the decision.

“It's something to pay attention to as federally operated schools, whether it’s Southwestern Indian Polytechnic [Institute], or Haskell Indian Nations University, that essentially there is no legal [damages] remedy that exists,” when a federal official violates a student’s First Amendment rights,  Nally told Native News Online.

In October 2020, Graham sent Nally a directive with a series of demands that restricted his ability to carry out typical work as a student journalist. The directive included orders to not to “attack any student, faculty, or staff member with letters or in public;” record anyone at Haskell without permission; or make “demands of any government agency” or person at Haskell while representing the newspaper. Kansas allows people to record a call with the consent of one person in the conversation.

Prior to May 2020, Haskell policy had required students’ expression to be consistent with the university’s “CIRCLE values” of “communication, integrity, respect, collaboration, leadership, and excellence.” Nally’s lawsuit said the policy valued subjective values that were up to an administrator’s interpretation over students’ free speech.

The lawsuit also alleged that Haskell retaliated against the newspaper, The Indian Leader,  by withholding $10,000 of the newspaper’s expected funds, refusing to recognize the student organization, and enacting a policy that removed its chosen faculty advisor.

The directive was rescinded after 90 days, in part due to an “‘administrative mishap,’” according to Nally’s lawsuit, which was filed in March 2021.

In May 2021, Graham was removed from his position by the Bureau of Indian Education after an internal investigation found that he was stifling the free speech rights of students and faculty, Native News Online reported.

In February, most of Nally’s lawsuit was settled by a consent decree. Haskell agreed that it would not issue a similar directive, or reinstate its campus expression policy or reinstate “any substantially similar policy that restricts student expression to that which is consistent with the CIRCLE values.” It also agreed to provide the newspaper with a way to independently verify a shortage of funds, FIRE said.

The foundation said that it appealed the dismissal to the U.S. Court of Appeals for the Tenth Circuit in Denver. On June 13, it withdrew the appeal after the Supreme Court’s decision in Egbert v. Boule, which did not allow for damages claims under Bivens against federal officials who retaliate in violation of the First Amendment.

‘If a deterrent had existed’

The Court’s 6-3 decision in Egbert v. Boule centers on alleged violations of the First Amendment for unlawful retaliation and the Fourth Amendment for excessive use of force by a U.S. Border Patrol agent. The Court denied both of these claims, and while the Court’s three liberal justices partially dissented from the ruling, they concurred with the judgment rejecting Boule’s First Amendment claim.

According to the majority opinion delivered by Justice Clarence Thomas, Egbert had approached Boule and a guest at his bed-and-breakfast to check the guest’s immigration status. Federal agents had “‘on numerous occasions’” seen people cross the border and enter the inn, and had seized shipments of narcotics from the inn. According to Boule, during the encounter, Egbert threw him against the SUV and then against the ground, the opinion said.

Boule reported Egbert to his superiors and filed an administrative claim, according to the opinion. According to Boule, Egbert reported his “SMUGLER” license plate for referencing illegal conduct and prompted an audit of his tax returns in retaliation, the opinion said.

The Court considered Boule’s request for damages for Egbert’s alleged violations of the First and Fourth Amendments under Bivens. Thomas wrote that in Bivens, the Court held that it could enable people to receive damages when federal officials violate their Fourth Amendment rights. They later extended Bivens to Fifth and Eighth Amendment cases, but never the First Amendment.

According to the Court’s opinion, the Court previously found recognizing a cause of action under Bivens to be a “disfavored judicial activity” and cited potentially infringing on Congress’s authority as a reason to avoid it.

The opinion said that “recognizing any new Bivens action ‘entails substantial social costs,’” including the risk that fear of paying damages and facing lawsuits will harm officials’ ability to do their jobs.

“Extending Bivens to alleged First Amendment violations would pose an acute risk of increasing such costs,” the opinion says.

Nally told Native News Online that for him, his lawsuit against Graham was about deterring efforts to abridge students’ freedom of speech, and holding a federal official liable.

“What was done was done, and they can’t retroactively go back and change anything,” said Nally (Miami Tribe of Oklahoma). “And that’s why there are options for remedies which are given in the amount of damages to First Amendment cases, if you look at the state level… I think that if a deterrent had existed, there may have been a few more steps before there was a decision to send that directive out to me.”