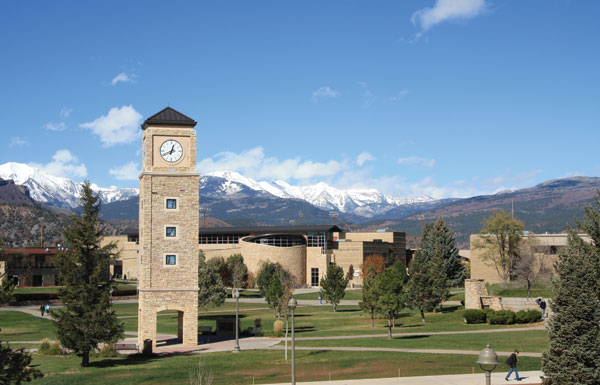 DENVER, Colo. — Hundreds of Native American students whose ancestors were forcibly relocated from their homelands throughout the 1800s by the U.S. government will be allowed in-state tuition to Colorado public colleges and universities beginning next June, after a new bill was signed into law earlier this week.

That includes enrolled youth from 46 known tribes with ties to the area. All but the Southern Ute Indian Tribe in Ignacio, Colo., and Ute Mountain Ute Tribe in Towaoc, Colo., were relocated, driven out of the state, or killed during a period referred to as the “Indian Wars.” One of the most landmark massacres occurred in 1864, when nearly 700 soldiers attacked a village of about 750 Cheyenne and Arapaho Indians along Sand Creek in southeastern Colorado Territory, killing 230 people.

Colorado joins a growing list of states granting college tuition waivers or in-state tuition to its original Native American residents, including out-of-state students whose tribes have historical ties to the area.

But Indigenous leaders and educators remind lawmakers that the bill, while welcome news, is simply upholding rights ensured to tribal nations across the country, when the United States government signed treaties and documents with tribes in exchange for their lands.

“I go back to the fact that this was all the land of Indigenous peoples and that we lived and thrived on,” she said. “If you take away people's language, then shouldn't you help them get it back and not blame them for you taking it?”

The new legislation is expected to take aim at Native American and Alaska Natives’ historically low college attendance rates. According to the United States Census Bureau, only 19 percent of college-aged Indigenous youth were enrolled in college in 2016, compared to 41 percent of the total college-aged population, the lowest percentage of all race and ethnicity groups surveyed.

To compound the issue, the bill’s language notes, census data also found that 26 percent of American Indians live in poverty, the highest rate of any racial group surveyed.

In Colorado, three public universities already offer some sort of tuition break to Native students: Colorado State University and University of Colorado Boulder offer American Indian students in-state tuition. Fort Lewis College, a university based in Durango, Colo., has offered tuition waivers to any federally enrolled Alaska Native or Native American tribal member since 1910. That year, the school, whose 6,000-acre property was previously operated as a military base and an Indian boarding school in the 1800s, changed hands from the federal government to the state of Colorado on the condition it waive tuition for Native students.

Dr. Majel Boxer, Chair & Associate Professor of Native American & Indigenous Studies at Fort Lewis College (Sisseton and Wahpeton Dakota) said she sees Colorado’s legislation as a great first step towards reparations, one that should be accompanied by education.

“The state of Colorado has a very dark history in which it ...nearly pushed out the Ute peoples and all other tribes from the boundaries,” she told Native News Online. “Look at our state map and realize there's only two Ute reservations there, and they’re the furthest south on the southern border of the state of Colorado as you can get, because of that history.”

Boxer said a large part of this legislation’s learning curve will be educating non-Native students about the tuition waiver.

“It's a great first step, but it needs to come with some education and understanding of why the state is making these reparations,” she said.

Boxer added that, while tuition costs help, another consideration for institutions should be how to support Native students once they’re enrolled. “Does an institution have a Native American center?” she said. “Does it even have a multicultural center?”

Crazy Bull agreed that tuition, while an important barrier to deconstruct, is only one of many issues with higher education for minorities. Others include recruiting Native students in their home communities, and helping guide them through the college application process.

“I think when a state passes a bill like this as educational, it has important symbolism, and it does remove barriers,” Crazy Bull said. “Those are all positive things, especially if state institutions combine them with other efforts, like good recruitment.”

In addition to signing the Native American tuition classification bill, Colorado Gov. Jared Polis also signed a bill on Monday that will fine public schools with an American Indian mascot without formal approval from a tribe $25,000 per month, beginning June 2022.