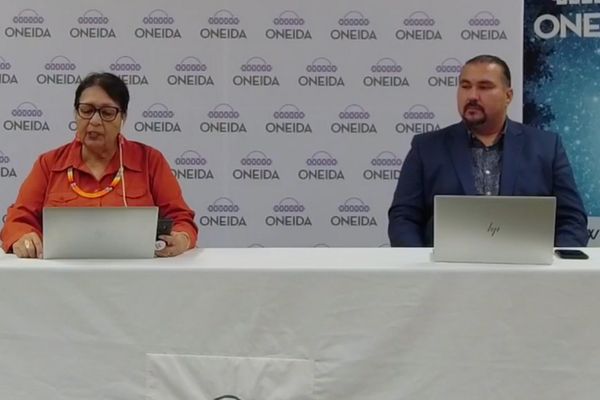 A Marquette University Law School poll conducted in early October found that Johnson had the support of 52 percent of likely voters, while Barnes had 46 percent. The margin of error was 4.8 percentage points.

Webster said at the forum that the tribe sent three questions to Johnson and Barnes. The first question asked how the candidates would carry out government-to-government relations responsibility with tribes.

In his remarks, Barnes pointed to his record as the state's lieutenant governor, including his membership in the Wisconsin Missing and Murdered Indigenous Women Task Force. In addition, he referenced Gov. Tony Evers' declaration of the second Monday in October to be Indigenous Peoples' Day in Wisconsin.

Barnes said he has visited the state's 11 federally recognized tribes.

Casey Brown, public relations officer for the Ho-Chunk Nation, told Native News Online that Barnes has attended a Ho-Chunk powwow and spoke at a 5K the tribe held as an MMIW event.

Barnes said he would be "a senator that actually supports and respects tribal sovereignty. One that takes pride in celebrating the history and the power of the Native American community here, and one who respects the relationship between climate change and preserving our land."

The tribe's second question asked candidates to address how they view their role in keeping tribes included in The Farm Bill.

The Oneida Nation's final question said that the tribe has worked closely with the Great Lakes Restoration Initiative. Webster said congressional support for the program is critical and asked, "Can you help us protect and preserve Mother Earth?"

"I'll also support the Great Lakes Restoration Initiative so that we can fully fund projects meant to improve our air quality, our water quality, and also reduce the impact of climate change on the land," Barnes said.

Barnes said he would advocate for and vote to confirm judicial nominees "to the executive branch and to the courts with experience in federal Indian law who respect tribal sovereignty."

He also voiced support for the Indian Child Welfare Act (ICWA) "to help protect the best interest of Native children to keep them connected to their families and their communities." The Supreme Court will hear oral arguments in the case challenging ICWA on Nov. 9. 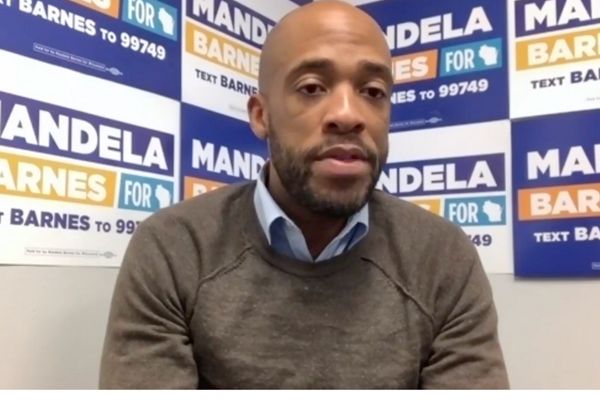 In the past few years, Johnson has expressed support in letters for a partnership for advancing Native education pathways and a land fee-to-trust application by the Ho-Chunk Nation, according to his website.

Webster told Native News Online that she didn't know "of Ron Johnson doing much in or around Oneida," so she couldn't say what the senator's relationship with the tribe is like.

"It's unfortunate because it's like, well, you don't even know what one of the candidates even is going to say," Brown said. "So, it's almost like, well, I like that guy by default. Which is not how it should be."

What's at stake for the Oneida Nation in this election

At the forum, Oneida chairman Tehassi Hill emphasized the impact of voting for the Oneida people.

"Your vote impacts how our community receives local, state and federal assistance," Hill said. "Your vote can impact our funding for healthcare, housing, education, law enforcement, cultural and environmental preservation and protection, veterans, elder services, behavioral health support and so much more."

In a recent example, the Oneida Nation received almost $650,000 in a grant through the American Rescue Plan, which aimed to help the tribe transition to renewable energy.

Webster said intergovernmental partnerships will allow tribes to better administer the funds in programs that are "changing and improving the quality of life in our communities," but "we still have a long way to go."

On Monday, Oct. 24 and Tuesday, Oct. 25, Four Directions, the National Congress of American Indians (NCAI), and Wisconsin tribes will hold a midterm elections forum for local and state candidates. On Monday, Levi Rickert, Native News Online's publisher and editor, will participate in a panel discussion that will include Barnes.

Sen. Ron Johnson's office did not reply to a request for comment on the Oneida Nation's questions for candidates by press time.