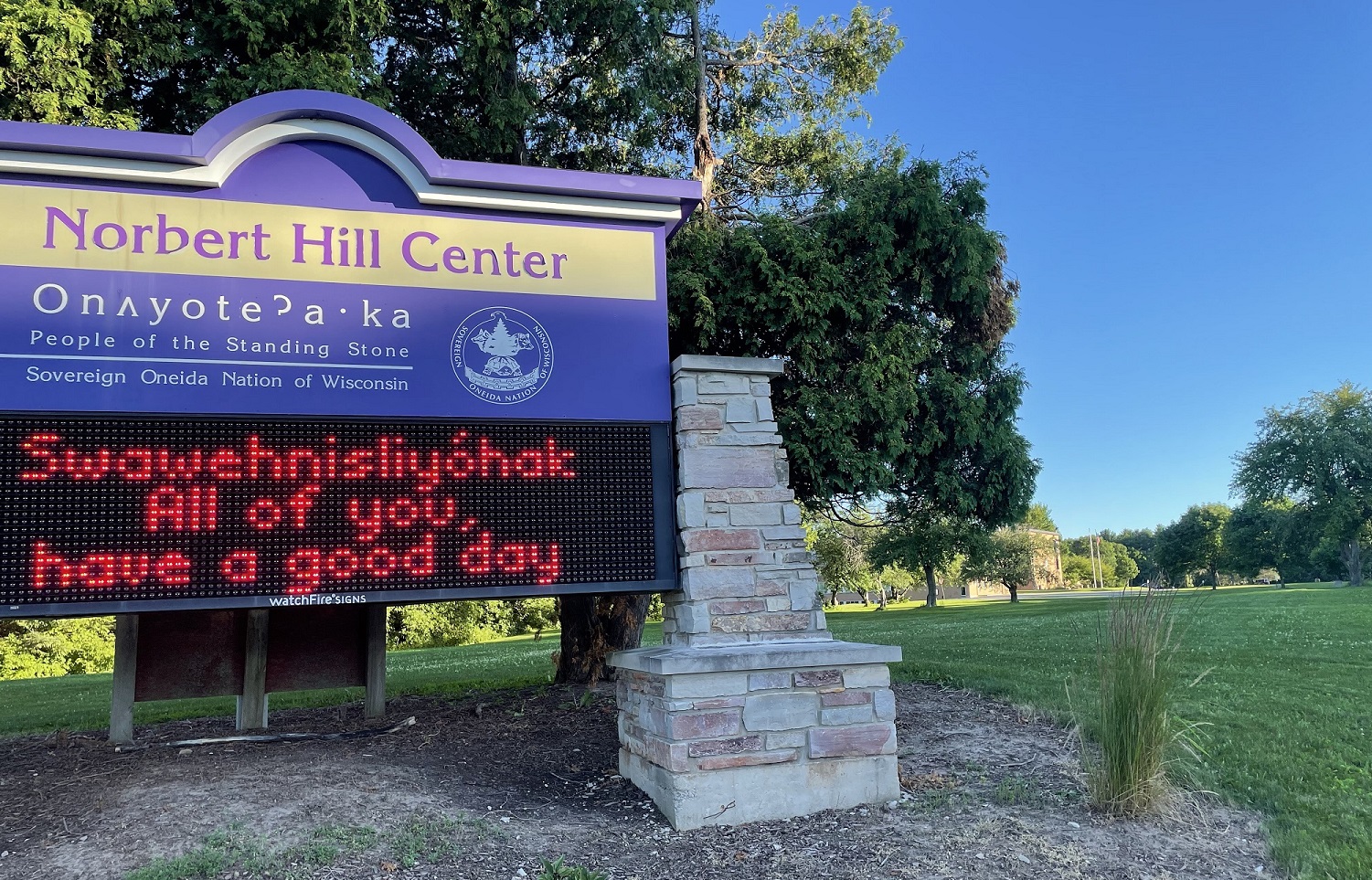 The Oneida Nation has been awarded a federal grant to help the tribe take another step toward renewable energy.

The U.S. Economic Development Administration (EDA) awarded the funding through a program within the American Rescue Plan. This $100 million Indigenous Communities program was intended to help tribal governments and indigenous communities carry out projects “they need to recover from the pandemic and build economies for the future.”

The $648,339 grant awarded to Oneida will support a plan to develop a Tribal Utility Authority and explore creating a utility-scale solar facility. The Nation occupies a 65,000-acre reservation located west of Green Bay.

“Tribal communities were disproportionately impacted by the coronavirus pandemic,” Assistant Secretary of Commerce for Economic Development Alejandra Castillo said in the EDA’s announcement of the award. “This EDA investment in the Oneida Nation will support its efforts to transition to renewable energy to not only build economic resiliency on the reservation, but also diversify its economy and create energy sector-related jobs.”

The EDA said the grant would support the hiring of a staff and a contractor for four years to complete and implement the plan. Since this is a planning grant, the funding for any equipment Oneida decides to build must come from somewhere else, said Michael Vickerman, the policy director of RENEW Wisconsin, a nonprofit that promotes the use of renewable energy sources.

The project is “partly intended to provide planning and feasibility for [vehicle] fleet electrification,” according to a statement from Michael Troge, a project manager in the Oneida Environmental Health and Safety and Land & Agriculture division.

“There is significant motivation nation-wide to promote electric vehicles and the infrastructure to support it,” Troge said in the statement. “This was an ideal time to pursue funds that can give Oneida Nation the tools to do some level of transition to electric vehicles to meet community goals, market demands, and technical needs.”

The EDA said it has closed all of its American Rescue Plan programs for applications, and awards from the $3 billion program will be made through the end of September.

Vickerman said it’s not yet clear what kind of utility Oneida would create. It might act as a municipal utility for the tribe, or be given a charter to acquire solar power to perhaps make installations, such as electric vehicle charging stations, he said.

“It could run the poles and wires in the reservation, or it could be more like [an] energy contracting company,” Vickerman said. “If it pursued the former route, it would have to compensate the existing owner of the infrastructure.”

The Oneida Nation covers parts of Outagamie and Brown Counties and is served by the Wisconsin Electric Power Company and the Wisconsin Public Service Corporation.

When the main grid is down, microgrids can disconnect from the traditional grid to operate independently. After severe flooding caused “extensive power outages at critical facilities,” the Bad River Band of Lake Superior Chippewa completed a solar microgrid project that improved their tribe’s energy resilience, according to the Department of Energy.

“Currently there is a separate active project that will provide designs for a microgrid to support the [Oneida] Health Campus” — which includes a health center, a nursing home , elder apartments and a day care center — “with the intent to protect these community services during hazard events like we experienced this spring,” Troge said. “This newly awarded EDA project has a similar intent for other geographical parts of the [Oneida] Nation.”

The project will also examine the benefits and drawbacks of “energy distribution to the community as well as revenue generating opportunities for the tribe,” Troge said.

Vickerman said leasing land to a solar farm developer is one revenue-generating possibility.

An energy planning staff person will coordinate aspects of the project, help plan and manage other renewable energy projects and coordinate training for facility staff and community members who want to learn more about these technologies, Troge said.

Building on past efforts

The grant follows the Oneida Nation’s Solar Deployment on Tribal Facilities (SDTF) project and a 2014 report that explored Oneida energy opportunities. Both projects received funding from the Department of Energy.

The SDTF project aimed to create a design/build contract for solar panels on tribal buildings, according to the project’s final report in October 2019. Between January 2018 and September 2019, the project reduced carbon dioxide emissions by 2.2 million pounds, which is equivalent to planting over 55,000 trees, the report said. The Nation also saw minimum annual savings of over $20,000 over two years.

“They have solar to start with, but clearly they are looking to build upon what they already have,” Vickerman said.

This article originally appeared in the Wisonsin Examiner. Republished by Native News Online under Creative Commons.