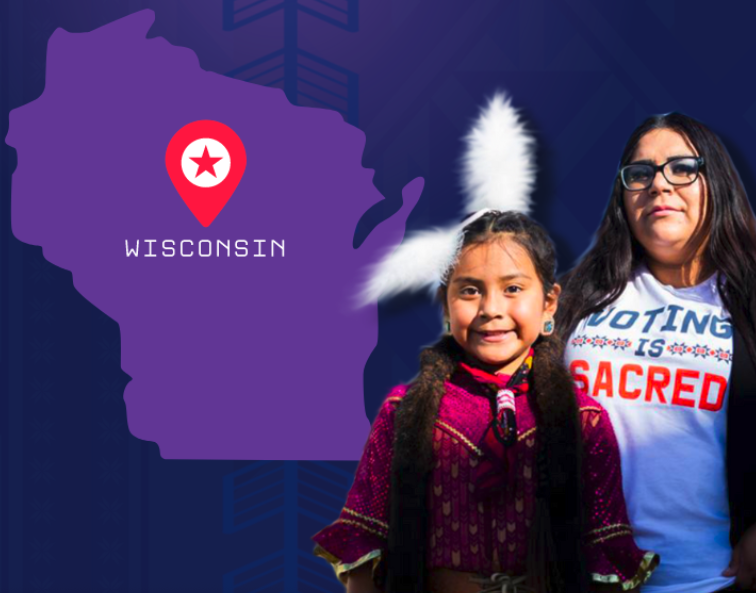 The forum will be held in a town hall format from the Orpheum Theater in downtown Madison. The town hall will provide an opportunity for local and state candidates to engage with issues most important to Native Americans in Wisconsin and across Indian Country.

An additional civic engagement and voter registration workshop will be hosted by the National Congress of American Indians and held at the Ho-Chunk Nation’s Teejop Hocira located at 4724 Tradewinds Parkway Madison, Wisconsin.

An analysis of the 2020 U.S. census data conducted by the National Congress of American Indians, Four Directions Native Vote estimates there are approximately 91,000 Native Americans of voting age living in Wisconsin, and about 45 percent of the state’s population lives in metropolitan areas.

In 2020, the presidential election was decided by a margin of less than 12,000 voters. As Native voter turnout trends upwards across the country, there is no question Indigenous voters have the power to decide the outcome of every statewide election in Wisconsin.