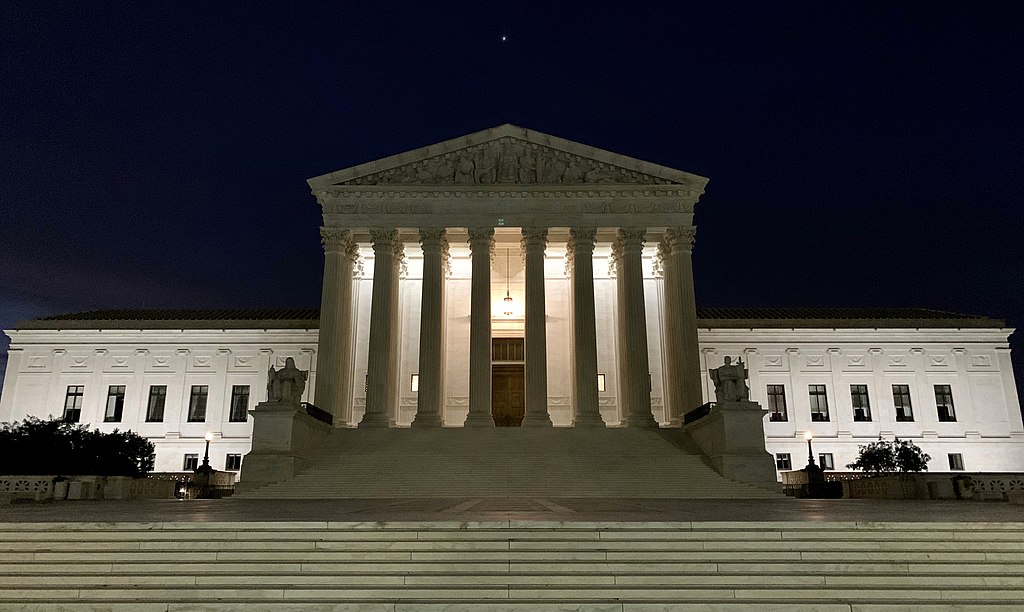 Over the past week, individuals and organizations have filed amicus curiae briefs meant to advise the Supreme Court as it decides whether the constitutional challenges to ICWA have merit. The justices will hear oral arguments in the case on November 9.

A total of 21 briefs have been filed in support of ICWA by the vast majority of federally recognized tribes as well as numerous Native advocacy groups, Indian law professionals, Congressional representatives and child welfare advocates. In all, the briefs represent the support of ICWA from nearly 500 tribes, more than 60 Native organizations, 23 states and the District of Columbia, 87 members of Congress, over 30 Indian law professors, 27 child welfare and adoption organizations and others.

The Native American Rights Fund (NARF) helped coordinate the briefs for tribes and Native organizations at each stage of the case.

“It’s kind of an amazing suite of briefs,” said Erin Dougherty Lynch, a senior staff attorney at NARF. “They all fit together very nicely … kind of like a puzzle, and complement each other.”

“Those who signed on to these briefs stand with Native kids. Adoption is one of the most influential events that can happen in a child’s life; it has the power to shape their entire future,” the campaign said in a statement. “ICWA ensures that this decision is given careful consideration so that the unique needs of Native children are met.”

In 1969 and 1974, the AAIA released widely cited studies that found 25 to 35 percent of all Native children had been removed from their families and placed in foster homes, usually with non-Indian parents.

The American Historical Association and Organization of American Historians submitted a brief that puts ICWA in the context of the United States’ legacy of removing Native children from their homes, dating back to the federal Indian boarding school era. The brief also compares ICWA to laws that strengthen the authority of foreign governments over foreign national children in state courts.

Opponents of ICWA who filed amicus briefs include several legal organizations, the states of Ohio and Oklahoma, a Christian advocacy and ministry organization, and the Academy of Adoption and Assisted Reproduction Attorneys (AAAA).

Some opponents stated the law violates the rights of foster parents, overrides the choices of Native parents or does not serve the best interests of Indian children, among other arguments. AAAA fellow Mark Fiddler (Turtle Mountain Band of Chippewa Indians) said he thinks that the law has failed as a social policy and that its preference for placing Native children with Native families is racist.

“If ICWA were overturned, instead of fighting over ICWA we could focus our attention [on] providing meaningful prevention efforts and programs to strengthen Indian families to prevent child removals in the first place,” Fiddler said in an email to Native News Online in mid-July.

The child welfare and adoption organizations that filed in support of ICWA disagree, and the tribe’s brief says that ICWA deals with citizenship in a tribe, not race. Additionally, a brief from the American Psychological Association and the Society of Indian Psychologists states research “confirms that Indian children develop a more stable sense of identity and more positive life outcomes when parented by Indian adults.”

“When ICWA’s standards are closely adhered to, they work… The data show that ICWA compliance achieves better outcomes: Children are reunified with their families more often than not,” the child welfare organizations said in their brief. “They are more often placed with extended family. And those children in need of a loving adoptive family are more likely to get one: American Indian and Alaska Native children have a lower rate of ‘aging out’ of foster care without a permanent family than other children.”

Lynch said that in the previous two major federal court challenges to ICWA, the arguments weren’t as expansive as the challenges laid out in Brackeen, which could “be harmful beyond ICWA.”

The tribes’ brief says that the plaintiffs’ arguments threaten “scores of laws passed for the benefit of millions of tribal members living off reservation.” The Protect ICWA Campaign said that the decision could make legal precedent “that has serious consequences for other issues like tribal economic development and land rights.”

Lynch added that the voice of children who experienced the foster care system has been absent from previous briefs. One brief includes statements from 13 Indigenous people who either entered the child welfare system themselves or cared for relatives who have.

“I was in foster care since age five. Once I was placed in a non-Native home for one month… and I wanted to learn about and participate in ceremonies, so I did not stay with them as I was seen as rebellious,” Elaina Albers’ (Yurok) statement reads. “After one month with that first foster placement, I was placed in a Hoopa family for ages five to thirteen and then with a Karuk family in Portland. I was culturally connected with my traditions and grew as a Native individual…I was able to see where I came from and where I was going to go.”

The complete list of amicus briefs is available here, and summaries by NARF can be found here.