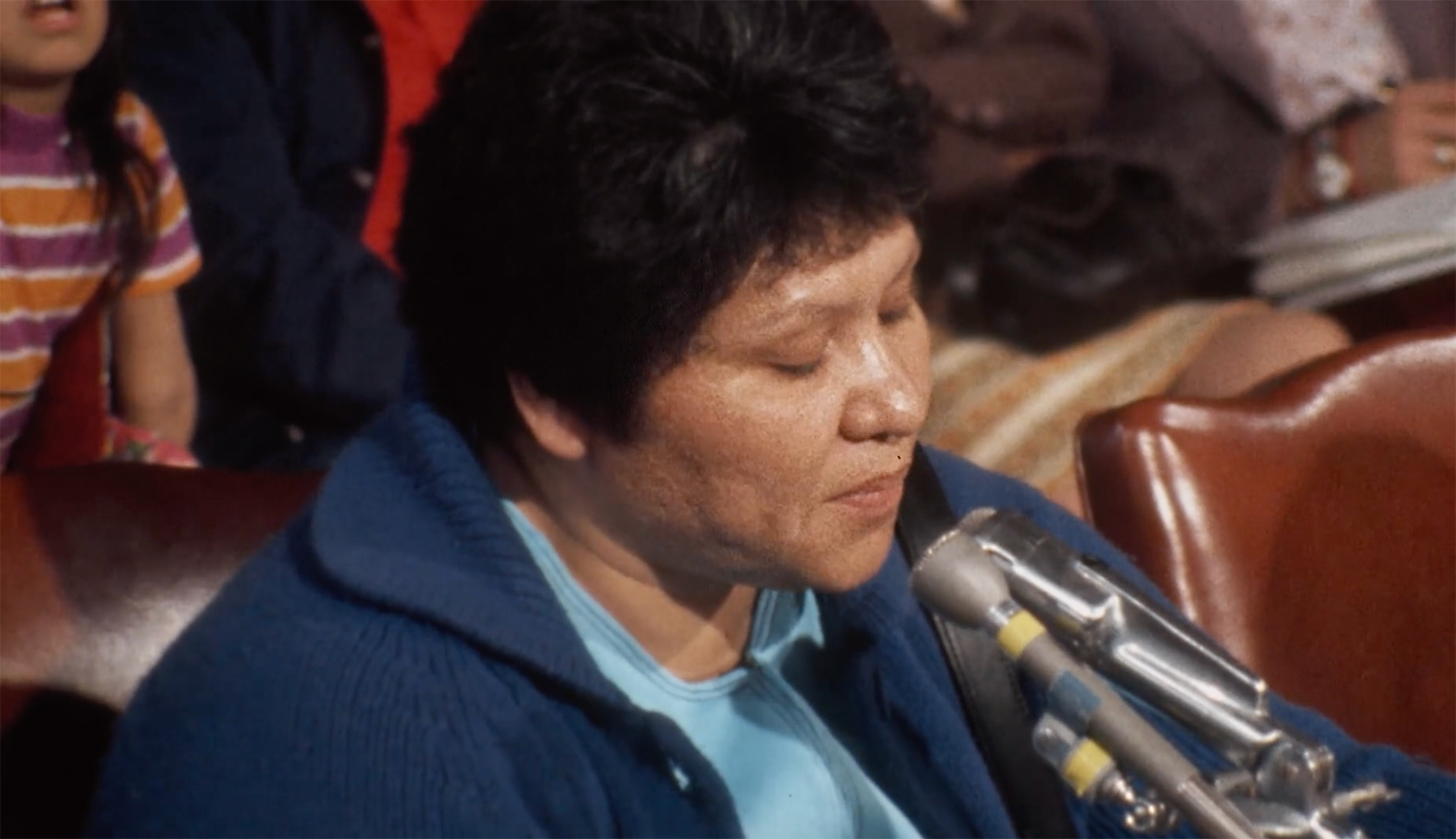 After a precedent-setting summer of rulings, this fall the U.S. Supreme Court will hear four cases that could overturn the federal Indian Child Welfare Act (ICWA), and have bigger implications for tribal sovereignty and Native American communities.

In Brackeen v. Haaland, the plaintiffs include six foster parents, led by Chad and Jennifer Brackeen, who are non-Native, of Texas. They encountered complications when they sought to adopt Native children who had been in their care, because the ICWA prioritizes placing Native children who are up for adoption with Native families.

They state that the law is unconstitutional for a few reasons, including racial discrimination.

The Brackeens and another plaintiff’s adoptions succeeded, while a third child was placed with her grandmother, a member of the White Earth Band of Ojibwe. The Brackeens are also seeking to adopt the half-sister of the child who they have already adopted. The Navajo Nation supports placing the child with her Navajo maternal great-aunt, according to the Nation’s opposition brief.

The Supreme Court agreed to hear the case in February, after the Fifth Circuit Court of Appeals issued a divided ruling in April 2021. The court will also hear oral arguments on Haaland v. Brackeen, Cherokee Nation v. Brackeen, and Texas v. Haaland. All four cases will be heard at the same time, and all have the potential to alter ICWA and how tribes are able to raise their children.

Mark Fiddler (Turtle Mountain Band of Chippewa Indians), one of the attorneys representing the Brackeens, argues that ICWA’s requirements make it harder for Native children to find permanent homes.

“Anyone who follows these cases may wonder why it is that so many Native children end up staying in a non-Native foster home for years at a time, bonding with the parents, only for an Indian family to be found on the other side of the country, necessitating authorities ripping young children away from the only family they have ever known,” Fiddler and Naomi Schaefer Riley, a senior fellow at the American Enterprise Institute, wrote in an opinion published by Newsweek in February.

In finding placements for Native children, ICWA dictates that the child’s extended family comes first, then other members of the child’s tribe, and then other Indian families. Kathryn Fort, director of the Indian Law Clinic at Michigan State University College of Law, says it’s pretty unusual to reach that third stage.

However, ICWA has no enforcement mechanism, and states consistently fall short of fulfilling their obligation to keep families together.

“It gets, I think, twisted, when ICWA opponents say that it means that children are taken away from [a] foster family,” said Fort, who helped represent four tribes in Cherokee Nation v. Brackeen.

The crisis that led Congress to pass ICWA

In the mid-20th century, the Bureau of Indian Affairs collaborated with the Child Welfare League of America to facilitate adoptions of Indian children, often by white homes. Congress passed ICWA in 1978 in response to the highly frequent and “often unwarranted” breakup of Native families.

In a 1977 Senate committee hearing, chairman James Abourezk (D-SD) said that public and private welfare agencies appeared to be acting on the idea that “most Indian children would really be better off growing up non-Indian.”

“The federal government for its part has been conspicuous by its lack of action,” Abourezk said. “It has chosen to allow these agencies to strike at the heart of Indian communities by literally stealing Indian children. This course can only weaken rather than strengthen the Indian child, the family, and the community. This, at a time when the Federal Government purports to be working to help strengthen Indian communities. It has been called cultural genocide.”

The impact on Native communities

“Those kids and families would lose the protections that they have right now that help them stay connected to family, community, and culture,” Kastelic said. “That helped to ensure that Native children grow up knowing who they, who their families are, who they’re connected to.”

In 2015, commissioners of the Maine-Wabanaki Child Welfare Truth and Reconciliation Commission concluded that the Wabanaki people are still undergoing cultural genocide. Kastelic also noted what the loss of ICWA’s placement preferences could mean for tribes, whose future depends on their next generation.

“Communities [would] lose that protection that would keep their citizen children with them,” she said.

The Court’s decision in Brackeen v. Haaland will have profound implications for how the law is employed, and potentially for tribal sovereignty in general. The National Indian Child Welfare Association and three other national Native organizations have formed the Protect ICWA Campaign in support of the law.

ICWA’s challengers make multiple arguments for why they think it is unconstitutional. For one, they question whether Congress has power over state child-custody proceedings based on whether or not a child is Native.

If the Court accepts that argument, Sarah Kastelic told Native News Online, advocates can still work to pass ICWA laws in state legislatures around the country. Ten states already have such laws, she said, which can provide more protections than federal law.

A majority of the 5th Circuit judges agreed with the plaintiffs that certain parts of ICWA violate the anti-commandeering doctrine, which holds that the federal government cannot directly compel states to implement federal regulations.

That could be overcome, said Kastelic, by changing federal law to enable states to opt in to ICWA, and potentially giving them an incentive to do so. According to the Protect ICWA Campaign, 26 states and the District of Columbia have offered support for the ICWA.

Brackeen’s petition also argues that ICWA’s preference for Native families racially discriminated against the foster families and the Native children involved, violating the Constitution. Kastelic said that the Court agreeing with the plaintiffs on this point would be “by far the most damaging scenario.”

Both Kastelic and Fort said such a ruling could throw all of Congress’s laws about tribes and Native peoples into question. Fort said she doesn’t know what the outcome of that would be, but speculated it might lead to “a very quick congressional [legislative] fix.”

Sovereignty, Critical Race Theory, and Funding the Overturning of ICWA

“Under the Constitution, and under federal law, there are all sorts of scenarios where Native Americans are treated ‘differently,’” said journalist Rebecca Nagle (Cherokee), who investigated the Brackeen v. Haaland case and the ICWA’s opponents for the podcast “This Land” from Crooked Media. “Whether it's who can access services at an Indian health care facility, gaming rights, land rights, water rights, hunting and fishing rights.”

Brackeen’s petition to the Supreme Court says that striking down ICWA’s placement preferences wouldn’t jeopardize all of those laws. Yet the law firm that represents the Brackeens used the same racial discrimination and commandeering arguments in another case, challenging gaming compacts between tribes and the state of Washington.

The firm—Gibson, Dunn and Crutcher—argue that these compacts violate the Constitution by not allowing their client, Maverick Gaming, to compete on equal terms with the tribes. The compacts grant certain gaming rights exclusively to tribes.

“...They’ve already kind of shown their hand that if they are successful with this case about ICWA, they already have a case set up to export that argument into the arena of Indian gaming,” Nagle said.

A main force in the effort to overturn ICWA is the Goldwater Institute, a Phoenix-based policy and litigation group that is anti-regulation, pro-gun, and opposed to “critical race theory.” Nagle says in the podcast that it has “led the charge” to void the law. The Goldwater Institute says ICWA endangers Native children and violates the rights of Native parents.

According to “This Land,” the Goldwater Institute received funding from the Bradley Foundation, one of the nation’s largest funders of far-right causes, to create a state-based alliance that would coordinate lawsuits to advance a conservative agenda. The institute used those funds in its efforts to work against ICWA.

Kastelic said that opponents of the ICWA have a larger political agenda about states’ rights and undermining tribal sovereignty.

“It’s not so hard to connect the dots here,” she said.