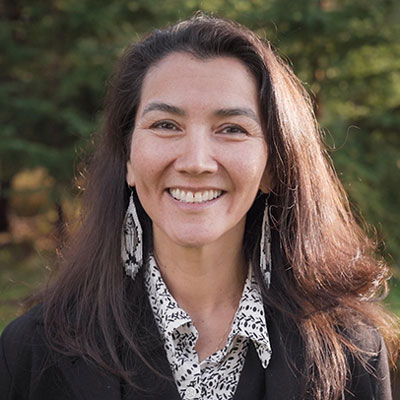 Seven hours later, she did.

Peltola, a Democrat and the first Alaska Native woman to serve in Congress, won a full term in the House, defeating a pair of conservative Republican challengers: former Gov. Sarah Palin and Nick Begich III.

On Wednesday evening, Alaska Division of Elections employees tabulated votes in its new ranked-choice voting system to determine the outcome of Alaska’s governor, U.S. House, and U.S. Senate races. Under the voting system, results aren’t final until a candidate has garnered more than 50 percent of votes. If the leading candidate doesn’t cross that threshold, the winner will be determined by second and third-choice votes.

“I am honored to have earned the trust of Alaska voters,” Peltola said after the results were announced on Wednesday evening.. “Whether you voted for me or not, I want you to know I’m going to continue serving all of Alaska and all Alaskans. This campaign has never been about partisan politics. It has been about Alaska’s future.”

“This campaign has proven that we are more successful when we work together, '' said Peltola. “I’m looking forward to getting back to Washington and working with both parties to better our state and our country.”

Peltola first won the seat in August in a special election to finish the term of longtime Republican Rep. Don Young, who died in March. Just two months later, she ran for reelection against Palin and Begich in the November midterms.

The Associated Press called the race for Peltola after the Alaska Division of Elections reported that she had won 136,839 votes (55 percent) compared to Palin’s 112,255 (45 percent).

Murkowski, vice chair of the Senate Committee on Indian Affairs, and Peltola endorsed each other in the election, despite their party differences.

Earlier this year, Peltola, 49, made history as the first Alaska Native member of Congress and the first Democratic woman to represent Alaska in the U.S. House of Representatives when she beat out Alaska governor and GOP vice presidential candidate Sarah Palin in the special election held in August. She was sworn in on September 13, 2022. Peltola is only the fifth person to represent the state in the House since Alaska gained statehood in 1959. She will now serve a full two year term.

Less than two weeks after being sworn in, Rep. Petola introduced her first piece of legislation — the Food Security for all Veterans Act (H.R.8888), which  calls for the creation of an Office of Food Security within the Department of Veterans Affairs.

On Wednesday, Sept. 21, the bill was advanced out of the House's Veterans Affairs committee.

After three weeks on the job, Peltola worked with Murkowski and Alaska’s other Senator, Republican Dan Sullivan, to pressure the Biden Administration to fully fund disaster relief support after a major storm devastated primarily Native communities in Western Alaska.

Shortly after the news broke that Peltola had won the election, she was back on social media, tweeting “WE DID IT!!!”