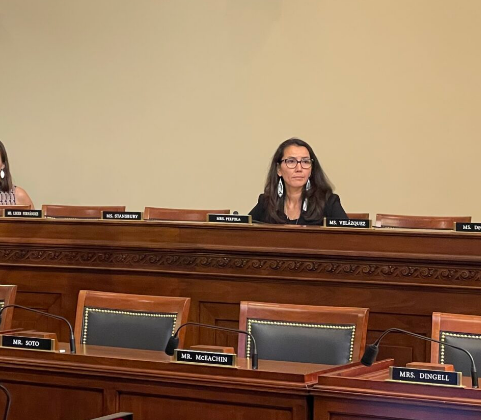 Less than two weeks after being sworn in, Rep. Mary Sattler Petola (D-AK), who won the special election to fill the congressional seat left vacant by the death of Rep. Don Young (R-AK) who died in March 2022, has hit the ground running as the newest member of Congress.

Peltola was sworn in on Tuesday, Sept. 14. On Monday,  Sept. 19, Peltola introduced her first piece of legislation:  the Food Security for all Veterans Act (H.R.8888) that calls for the creation of an Office of Food Security within the Department of Veterans Affairs.

On Wednesday, Sept. 21, the bill was voted out of the House's Veterans Affairs committee.

“Veterans are more likely than others in the general population to suffer from food insecurity, depression, and other psychological disorders. These men and women have sacrificed so much for our country. It is our responsibility to ensure that they are cared for in every way necessary after their service,” Peltola said.

The office established in Peltola’s bill would be charged with providing information to veterans concerning the availability of, and eligibility requirements for federal nutrition assistance programs. Additionally, the office would collaborate with other government agencies to implement policies used to identify and treat veterans at risk or already experiencing food insecurity.

“I’m beyond excited that my bill has already been voted out of the Committee on Veterans’ Affairs and am optimistic it will come before the House for final consideration yet this year,” said Peltola.

She needs to win reelection in the upcoming midterm elections on Nov. 8, 2022.