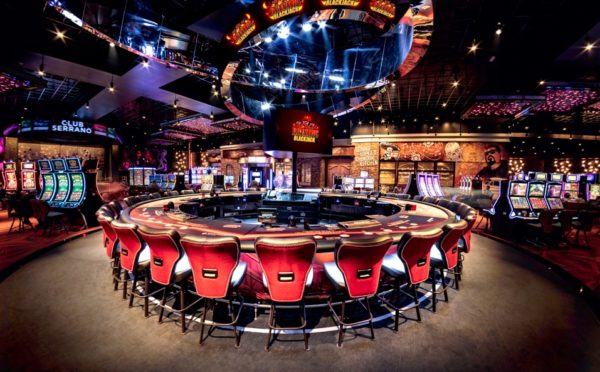 WASHINGTON — On Friday, the Small Business Administration (SBA) issued a ruling that will allow tribal casinos to apply for the new round of $320 billion in funds available through the popular Paycheck Protection Program (PPP) loan program.

The new ruling reverses original guidance from the SBA that most tribal gaming operations would be ineligible to participate in the CARES Act program, which allows businesses with fewer than 500 employees to apply for loans to cover payroll and other operational expenses that have been disrupted due to the COVID-19 pandemic.  That original ruling cost tribal gaming organizations the chance to apply for some of the $349 billion that was available in the first round of PPP funding.

With all tribal casinos closed down, the PPP funds are important to help in easing the pain of lost revenue to tribal economies across Indian Country.

After the original guidance was released several national organizations — including the National Indian Gaming Association, the National Congress of American Indians, and the Native American Finance Officers Association — lobbied congress and the administration to make sure tribal casinos would be included in future SBA funding programs.

“The National Indian Gaming Association urges all member tribes operating facilities with 500 or less employees to apply for the Paycheck Protection Program as soon as possible,” NIGA Chairman Ernest Stevens, Jr. said after the ruling was released.

Stevens says the backlog from the original funding amount for PPP is backlogged and is issued on a first come, first served basis.

While the latest round of PPP funding was set at $320 billion, there may be additional funds from publicly traded companies and others that decided to return their PPP loans after negative media attention and public outcry.

The SBA’s Interim Final Rule that states that legal gaming businesses would be eligible for the Paycheck Protection Program (PPP). Part III.2.b. of the Rule (85 FR 2147, 21751) reads as follows:

Are businesses that receive revenue from legal gaming eligible for a PPP Loan? A business that is otherwise eligible for a PPP Loan is not rendered ineligible due to its receipt of legal gaming revenues, and 13 CFR 120.110(g) is inapplicable to PPP loans. Businesses that received illegal gaming revenue remain categorically ineligible. On further consideration, the Administrator, in consultation with the Secretary, believes this approach is more consistent with the policy aim of making PPP loans available to a broad segment of U.S. businesses.

The full guidance can be accessed here: home.treasury.gov/system/files/136/Interim-Final-Rule-on-Requirements-for-Promissory-Notes-Authorizations-Affiliation-and-Eligibility.pdf

“I am very encouraged and reassured that tribal nations will indeed be eligible for the benefits provided by the Paycheck Protection Program and Health Care Enhancement Act,” Cole said.

“All small businesses need relief from the economic struggles caused by this pandemic, but we heard from many Tribes that it was unclear if all their tribal entities would be eligible for relief through the programs created in the CARES Act. Our hard work alongside my dear friend and colleague, Rep. Sharice Davids, to include tribal entities in this funding paid off. Now Native communities will have more financial security as we continue to address the impacts of this pandemic,” Haaland said.

Also, working on behalf of tribal casino eligibility inclusion in the PPP funds was Sen. Tom Udall (D-N.M.) who said:

“I am relieved that the SBA is correcting its harmful initial guidance which unfairly excluded a significant number of Tribally-owned businesses from the Paycheck Protection Program. Because Tribes do not have a traditional tax base to generate government revenue for essential services, it is absolutely critical that all Tribal businesses under 500 employees – including gaming enterprises – are deemed eligible for PPP loans.”

Udall said the delay caused by the initial SBA guidance has put tribal businesses at a disadvantage at a time of immense need.

“Once again, the Trump administration’s inability or unwillingness to understand the unique needs of Native communities has set Indian Country back. The entire Trump administration must make a greater effort to listen to and include Tribes in the COVID-19 response moving forward,” Udall added.