INDIANAPOLIS — The American Basketball Association (ABA) announced on Monday the launch of the Native ABA, a new initiative that will feature Native American players from across Indian Country. 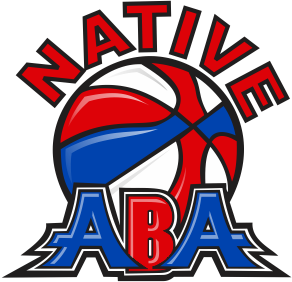 The ABA named WarLance Foster (Lakota/Dine) to be the CEO of Native ABA. Foster played professional basketball in Europe after trying out for a spot on the Denver Nuggets roster in 2003.

The Native ABA was the brainchild of Foster, who took the concept to Joe Newman, the founder and CEO of the ABA, based in Indianapolis.

"Showcasing the talents of Native American basketball players will allow more teams around the country and internationally to see the skills and abilities possessed by Native players," Newman said in a statement.  "By increasing the attention surrounding Native American players, more opportunities will arise. The more that is invested in Native American athletes, the more that can be developed and expanded by encouraging more Tribes and players to participate."

Foster says the Native ABA will allow Native Americans the opportunity to develop their basketball skills through training, discipline and hard work.

“We are trying to give Native Americans the opportunity to play professional basketball. This will allow us to recruit, not only players, but also coaches to develop a good foundation. Our goal is to get Native players into professional basketball. There are opportunities to play professionally in Europe. Basketball is getting big in China, as well. Our ultimate goal is to get Native American players into the NBA,” Foster told Native News Online.

Former NBA all-star A.C. Green, who is part Native American and a former owner of several ABA teams, says the ABA would be a great training ground for Native American players.

“I have nothing but excitement for Native players to live their dreams to play professional basketball,” Green told Native News Online. “I have seen the passion when Native Americans play basketball with my own eyes. If we can create an atmosphere for them, I am all for it.”

With hopes for other Native-owned ABA teams, the Native ABA will be based in a yet-to-be-determined city in northeastern Arizona.

“With the growth and development of the first Native American team within Indian Country, additional teams and tribes can be added. The goal is to expand Native ABA to include 10-12 tribal teams, which will allow more Native players to participate and allow each tribe to manage and operate their own team. We have put together a full expansion program and will actively pursue Tribes nationwide. And we're also considering the same development for a Women's Native ABA,” Foster said.