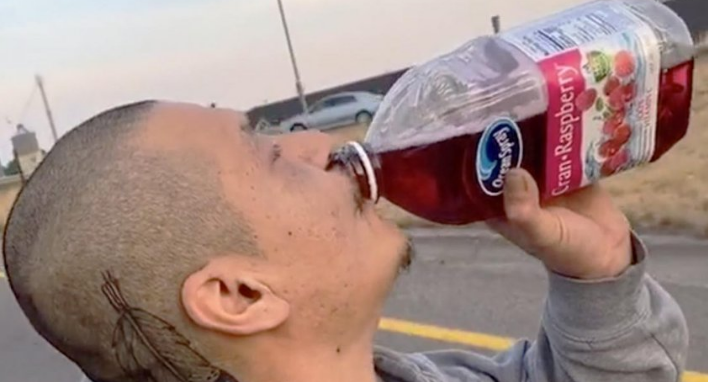 IDAHO FALLS, Idaho — TikTok sensation Nathan “Doggface” Apodaca’s star continues to rise with a slew of business partnerships including Xbox, LG, Sector 9 Longboards, Zumies and many others. One partnership in particular, The Gold Michi Co., has Apodaca (Northern Arapaho and Mexican) on more than 100 full-size billboards in Southern California.

The Gold Michi Company recently announced Nathan “Doggface” Apodaca as a new partner to the company and created a new product with an image of his face for its most popular product, the Michelada.  Lip syncing Fleetwood Mac's "Dreams" as he drank directly from an Ocean Spray cran-raspberry juice bottle, Apodaca gained quick fame last fall in a TikTok post. 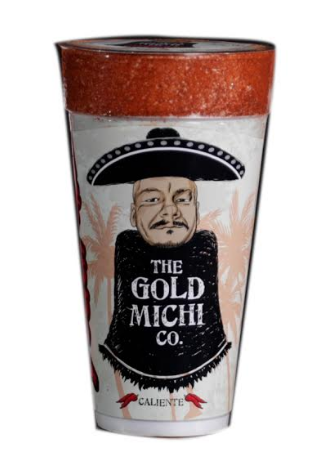 According to the company’s website, The Gold Michi Co is reintroducing the Mexican staple, the Michelada. Their classic flavor is going up a notch this Summer with Nathan Apodaca’ very own, “CALIENTE” flavored cup and Chili Worms. As of press time, Apodaca’s Chili Worms were sold out.

In an interview with Native News Online, Apodaca shared that multi-platinum rapper and actor Jayceon Taylor, more commonly know as the Game, also recently became a partner with The Gold Michi Co. The Game is best known as a rapper in the West Coast hip hop scene and was once one of hip hop mogul Dr. Dre’s signees with Aftermath Entertainment.

“The company also created his own cup, so we have our own separate things going with them,” said Nathan Apodaca in an interview with Native News Online. “It’s cool that they have both me and the Game involved with them.”

“I haven’t had a chance to meet him yet, but hopefully that will happen soon,” said Apodaca of meeting the Game.

Also on the radar for Apodaca is a new initiative with Tyson Ranch. Tyson Ranch is a cannabis licensing and branding company founded by former heavyweight professional boxer Mike Tyson. The Tyson Ranch will include a festival venue and the world’s longest lazy river, which will take an hour to complete, according to the company’s website.

He recently received a pair of boxing gloves in the mail with Mike Tyson’s autograph.

In addition to his initiatives in Southern California, he has other ambitions to share his Native heritage in clothing merchandise such as shirts and hoodies in stores throughout North America.

“My clothing ideas are aimed towards the Native community,” said Apodaca, who’s mother is Arapaho from the Wind River Indian Reservation. “They’ll feature the feathers tattooed on my head.”

With more than 73 million views, the Apodaca’s infamous Ocean Spray post was second in TikTok’s list of top 2020 viral videos.