A pair of recent business deals are aimed at accelerating projects that promise to bring much-needed high-speed internet infrastructure to rural tribal communities. 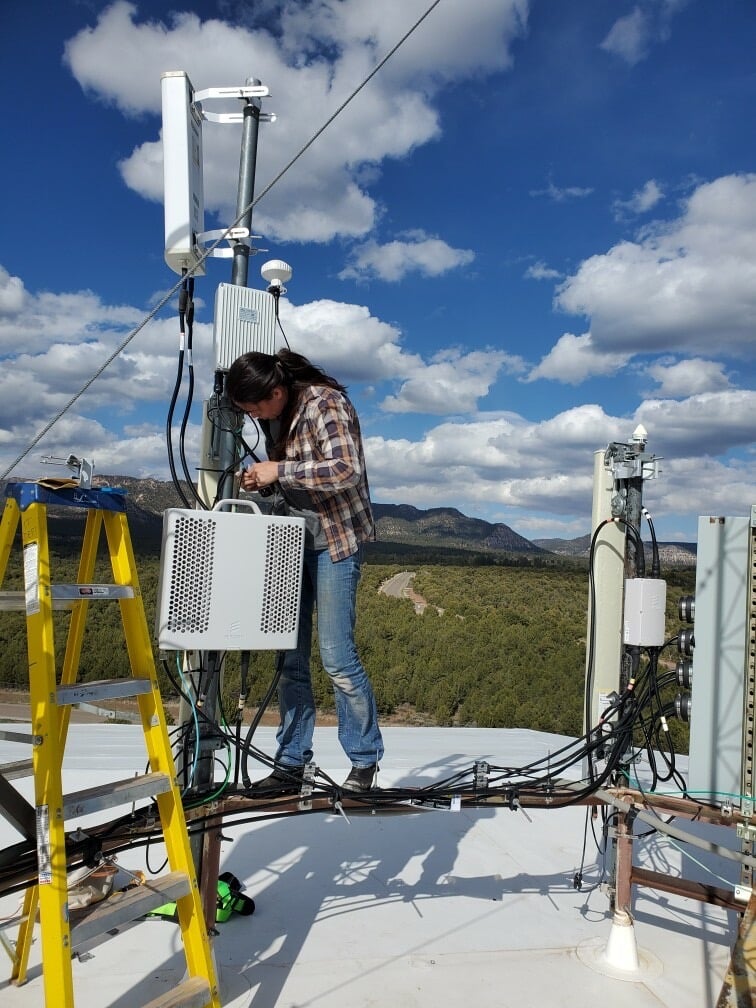 Partners behind Oakland, Calif.-based MuralNet and St. Louis, Mo.-based Arcadian Infracom say their projects will help deliver critical infrastructure to rural tribal communities that often lack reliable internet connectivity, the need for which has been exacerbated during the COVID-19 pandemic.

For its part, MuralNet has inked a deal with Silicon Valley tech giant Cisco to launch the Sustainable Tribal Networks program, which will allow tribes to design, build and grow their own fixed wireless high-speed networks that leverage unused mid-band spectrum. Meanwhile, Arcadian Infracom has deepened an existing partnership in which it will use rights of way to bring fiber optic connectivity throughout Navajo Nation.

MuralNet and its affiliates have submitted more than 100 applications to license 2.5GHz spectrum that the Federal Communications Commission is making available to tribes via a Tribal Priority Window that closed on Sept. 2. The window was supposed to close on Aug. 3, but was extended by 30 days to accommodate tribes that had been affected by the COVID-19 pandemic, a move that many Native-led groups criticized, as Native News Online previously reported.

As well, during the pandemic, the FCC provided Special Temporary Authority licenses to tribes. In concert with MuralNet, the tribes were then able to connect to wireless spectrum to access emergency communications about COVID-19 and offer distance learning and telehealth services, according to a statement.

The Sustainable Tribal Network program effectively takes that one access one step further. Via the deal with Cisco, the nonprofit MuralNet gains access to financial support, technical and market assistance and other resources from the tech firm.

“Internet access was always important, but COVID-19 is exacerbating the large divide between the connected and the unconnected,” Tae Yoo, senior vice president of corporate affairs at Cisco said in a statement. “Now more than ever, the internet is critical for rural Tribal communities — it can connect them to vital health and educational services in the midst of the pandemic as well as provide them access to long-term economic opportunities. Together with MuralNet, we hope to help these communities build their own networks, while at the same time, help them build thriving and sustainable futures.”

Under the deal, Cisco employees will deploy the fixed wireless network on tribal lands for members to access educational, social and telehealth services. As well, the added connectivity is aimed at improving economic opportunities in rural tribal communities.

“Access to high-speed internet gives Tribal nations not just a path forward, but ownership of a vital resource that provides limitless potential for every Tribal community,” Martin Casado, co-founder and COO of MuralNet, said in a statement.

MuralNet also is working with various tribes on “Community Builds,” which it describes as “a working group-centered incubator focused on building the internal capacity of Tribes to design, deploy, maintain and grow their own sustainable community networks.” The groups are intended to speed the development of wireless network connectivity for tribes across the U.S.

“Around the world access to high-speed internet is no longer perceived as a convenience but a basic human right,” stated J. Michael Chavarria, governor of the Santa Clara Pueblo and chairman of the All Pueblo Council of Governors.

“The disparity of homes connected to high-speed internet on Native lands versus the rest of America leaves tribal nations at a significant disadvantage,” he said. “The Sustainable Tribal Networks program is a significant step forward in providing us with the same opportunities as the rest of America in today’s digital age. COVID-19 underscores just how imperative it is that we get every home in tribal communities connected. We are facing significant challenges in communicating updates about the pandemic, establishing emergency and social services as we’re further isolated during these unprecedented times.”

Many of the same connectivity challenges exist on Navajo Nation, which underscored the tribe’s vote to approve legislation creating a direct relationship with Arcadian Infracom, which is developing a long-haul fiber optic cable network between major data centers in the Southwest.

Navajo Nation originally began working with the company in 2018 to develop fiber routes via tribally held rights of way. The new legislation helps Arcadian Infracom access additional financing to speed up construction of the network, according to a statement.

“This unique partnership uses long-haul fiber route construction as an economic development tool for the Navajo people,” Arcadian Infracom CEO Dan Davis said in a statement. “Given the ongoing COVID-19 public health emergency within the Navajo Nation, it is imperative that we continue to work closely together to create opportunities for the Nation to move beyond the tragic reality that they currently have no scaled fiber backbone connectivity to the rest of the world.”

Arcadian Infracom is focusing first on building a fiber network across Navajo Nation that will link data centers in Phoenix to similar facilities in Salt Lake City and Denver, with plans for a second route connecting the reservation to Los Angeles and Dallas.

Once operational, the fiber networks will provide Navajo Nation with direct connections to high-capacity connectivity, enabling the tribe to fully participate in the 21st century’s connected economy, according to the company.

According to the FCC, rural tribal communities are twice as likely as non-tribal rural communities to have access to a terrestrial broadband network. That lack of connectivity has become a pinch point during the pandemic, as health care, education, commerce and more elements of daily life and culture made the digital switch out of necessity to curb the person-to-person spread of COVID-19.

“For the Makah, any healthcare needs require us to travel for half a day to see a doctor in person, as we’re located in the rainforest at the northernmost part of the United States at the northern tip in the state of Washington,” stated Crystal Hottowe, grant writer for the Makah tribe. “Tele-health would allow us to get the health services we need without leaving the reservation.”

Additionally, similar challenges persist for students in rural tribal communities, many of whom need to travel far from home just to access an internet hotspot or some other form of connection. Even communities that have connections often face reliability issues, according to Dr. Chad S. Hamill, vice president for Native American initiatives at Northern Arizona University.

“Internet that is available in Native communities is often expensive and offers limited bandwidth because it is shared with other services, especially during the pandemic,” Hamill stated.

Despite the hurdles it has posed for communities, the public health crisis could be serving as the catalyst for tribes across the country to secure new solutions to bridge the digital divide.

"This is a moment of crisis and a huge opportunity,” said Phillip Perez, governor of the Pueblo of Nambe. “The struggles of tribal communities during COVID-19 reinforces why tribal broadband connectivity is so necessary. It gives us a path forward, including access to vital needs such as healthcare, education and economic opportunities.”