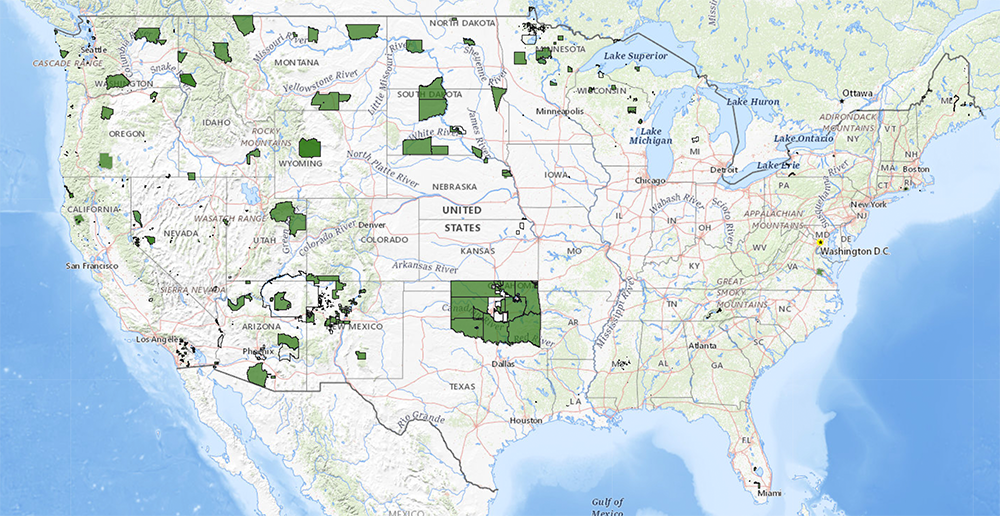 WASHINGTON — Native American advocates are decrying a move by the Federal Communications Commission to extend by only 30 days a “priority window” for tribes to gain access to unassigned wireless broadband spectrum over their lands.

Citing the devastating effects of the COVID-19 pandemic in Indian Country, about 100 groups including the National Congress of American Indians and National Tribal Telecommunications Association had called on the FCC to extend the deadline by as much as 180 days to allow tribes time to safely submit applications. However, the FCC instead opted for a 30-day extension, with the window now closing on Sept. 2.

Blackwell also previously served as the chief of the FCC Office of Native Affairs and Policy.

In a memorandum and order authorizing the extension, FCC Wireless Telecommunications Bureau head Donald Stockdale said 229 rural tribes have already submitted applications for the licenses to access unassigned 2.5GHz spectrum over their lands.

Stockdale shot down calls for a longer extension, citing the extensive outreach to tribes over the last year regarding the program as well as the lack of specific evidence that any tribe has been unable to apply. Additionally, Stockdale said in the memorandum that “any extension will delay the time at which Tribes that have timely filed their applications may receive licenses to serve their members and address hardships caused by the pandemic.” Tribes need the licenses sooner rather than later “to provide badly needed broadband service to their communities,” he said.

In a July 31 statement, the FCC said that a 30-day extension “strikes an appropriate balance” that both allows tribes affected by the pandemic more time to submit their applications and moves to “quickly put this spectrum to use for rural Americans on Tribal lands who are too often on the wrong side of the digital divide.”

“By contrast, a much longer extension would substantially delay our award of licenses to Tribal entities and thus delay their ability to use this spectrum to connect those consumers living on Tribal lands,” said FCC Chairman Ajit Pai.

“A failure to recognize the effect of COVID-19 on the very entities the FCC seeks to help with the (tribal priority window) will affect access to basic healthcare and education across Indian Country. Significant additional time for tribal nations to file for licenses during this window is necessary and critical. The FCC, at a minimum, must provide the same 180-day extension to tribal nations that it gave to the cable industry due to COVID-19,” NCAI said in a statement.

Any spectrum that remains unassigned after the closure of the tribal priority window will be made available via a commercial auction.

NCAI called gaining access to the spectrum “one of the few inexpensive solutions to overcoming the numerous barriers that have prevented better connection to tribal areas, as well as preparing them for future high-speed connections.”

Both the organization and AIPI’s Blackwell called on the FCC to uphold its trust responsibility for American Indian tribes and Alaska Natives.

“[O]ne would be hard-pressed to dissuade the Tribes that their genuine need and legal standing was more than an afterthought in this decision,” Blackwell said of the 30-day extension.