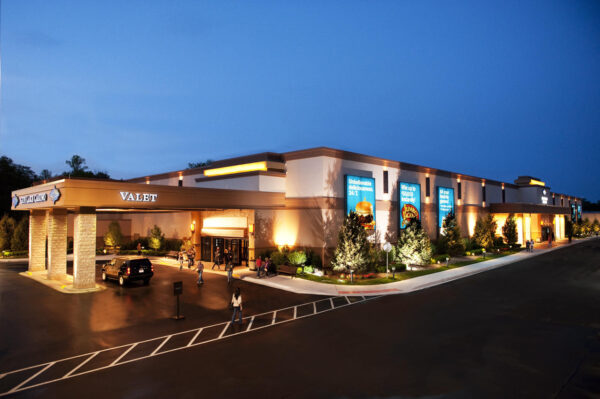 GRAND RAPIDS, Mich. — As it prepares to reopen the doors next week on its shuttered Gun Lake Casino, the Match-E-Be-Nash-She-Wish Band of Pottawtomi Indians announced that it shared more than $7.9 million of spring revenue sharing payments with state and local governments.

The tribe, commonly referred to as the Gun Lake Tribe, said it distributed $4.4 million to the State of Michigan and $2.2 million to the local revenue sharing board. GLIMI, a tribally owned non-gaming economic development agency, received $1.3 million.  The revenue sharing payments are from electronic gaming revenues collected by the casino between Oct. 1, 2019 and March 30, 2020.

“This is the most important revenue sharing distribution we have ever made because it comes at a time when all units of government are dealing with terrible financial impacts due to the global pandemic,” said Bob Peters, chairman of the Gun Lake Tribe.

The next revenue sharing distribution for the April to October period will suffer a dramatic loss due to the casino closure and limited operations upon reopening, according to Peters.

The casino voluntarily shut down on March 16 as the COVID-19 pandemic began to sweep through Michigan.

Gun Lake Casino plans to reopen to the public on June 8, 2020.  The tribe said the casino will offer limited slot machines and table games to adhere to social distancing and other safety plans. The casino’s buffet restaurant and other non-gaming amenities will remain closed until further notice.

The Gun Lake Tribe has shared more than $95 million with the State of Michigan, which directs the payments to the Michigan Economic Development Corporation.  The MEDC uses the funds to make grants to businesses that invest in Michigan and create jobs.

The Tribe’s state revenue-sharing payments are dependent on the continued preservation of exclusive gaming rights within its competitive market area, as defined by the tribal-state gaming compact, which also includes statewide expansion of certain lottery games.  The market area includes the cities of Grand Rapids, Kalamazoo, and Lansing, as well as the entire counties of Kent, Kalamazoo and Ingham, among others.

Since 1994, Native American tribes operating casinos in Michigan have paid more than $497 million in revenue sharing payments to local units of government and revenue sharing boards, according to the state of Michigan.