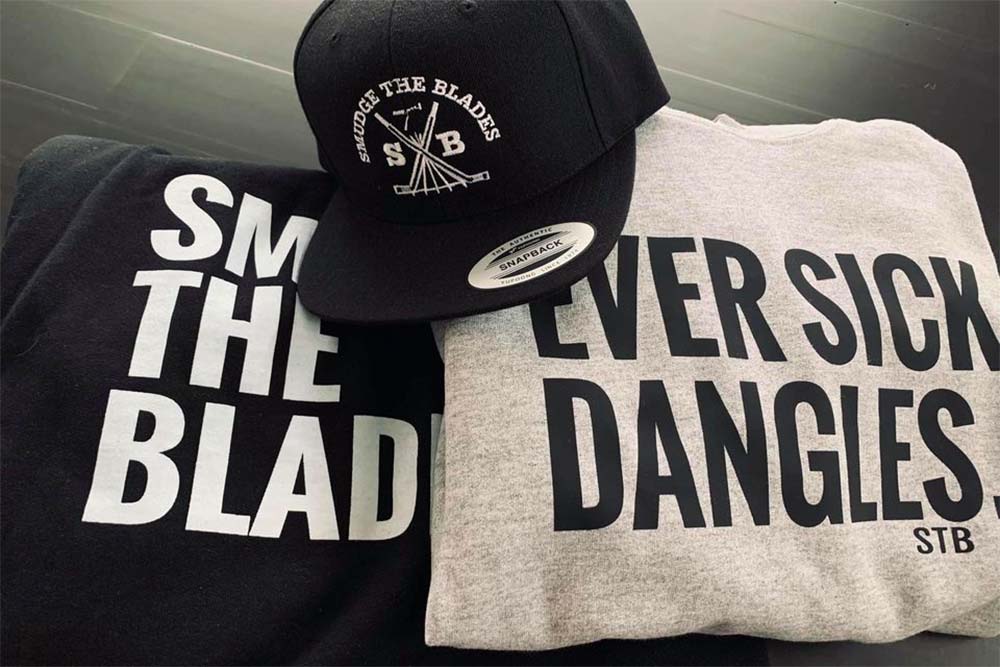 Growing up, when Harlan Kingfisher (Plains Cree from the Sturgeon Lake First Nation) would leave the house for big hockey games, his grandfather, or Mushum, would instruct him to smudge his blades and hockey stick. “Smudging” is the Indigenous practice of burning sweetgrass or sage in prayer to summon positive energy and cleanse one’s spirit. 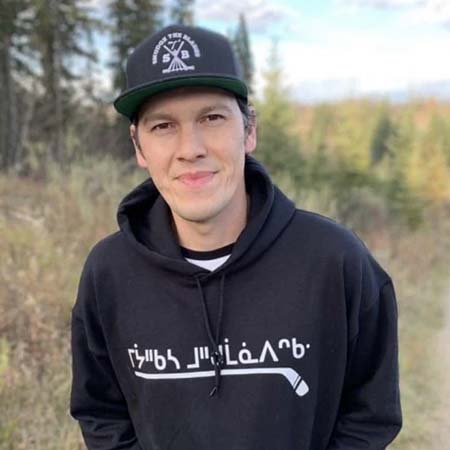 Smudge The Blades founder Harlan Kingfisher. (Harlan Kingfisher)“I’d grab sweetgrass and I’d smudge my gear before some big games. Then, I started scoring goals and playing good, so it became more of a superstitious thing,” Kingfisher told Native News Online over Zoom from his home in Alberta. After playing hockey in university for two years, the father of four began encouraging his young sons to do the same.

Now, Kingfisher encourages his sons to smudge their own blades. This pre-game tradition eventually inspired the name of his new clothing brand.

Smudge The Blades is an online Indigenous apparel company that celebrates First Nations hockey through sweatshirts, hoodies and hats that feature Indigenous hockey lingo. Kingfisher launched the shop last fall as an opportunity to fill the void after Covid-19 shut down anticipated hockey tournaments across the country.

“People (have) messaged me and they're like, ‘Hey, guess what? I wore your hoodie today for the first time and everybody was commenting on it, laughing,’” Kingfisher said. “So it does work, it does cause people to engage and create a conversation, which I wanted the community to have with my brand.”

“You want to show the other team that even after you just got beat you can still cause a fight when shaking hands with the Tugeye on the other squad,” the hoodie’s description on the online store reads.

Another popular shirt celebrates the brand name written in Cree syllabics over a hockey stick, which Kingfisher notes as a best seller. 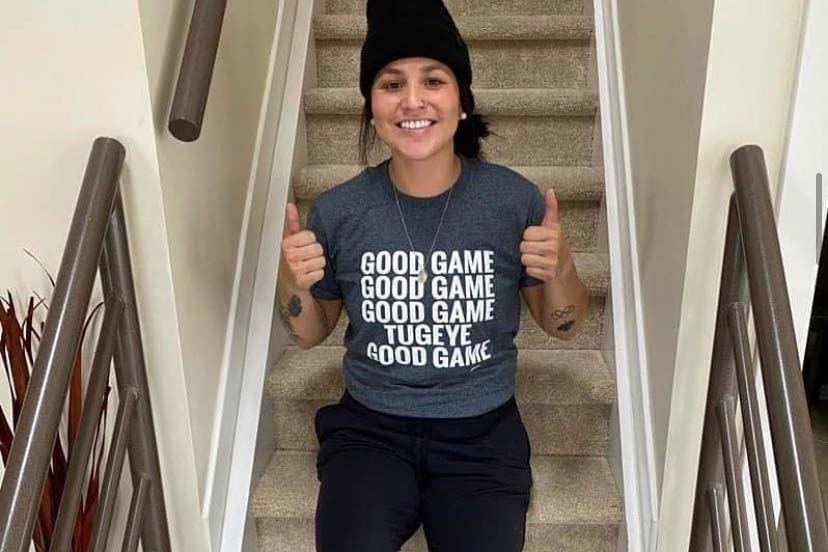 But for the 37-year-old entrepreneur and full-time power engineer, the brand goes well beyond apparel. Growing up with his grandparents on a reservation that, like many others, is still healing from intergenerational trauma as a result of Canada’s residential school system, Kingfisher believes in hockey as a practice of healthy escape.

“Specifically in First Nation communities there is a lot of addiction on the reserves,” he said. “There's a lot of alcohol, drugs. So I always encourage these kids to pick up a hockey stick — or any sport — just to have their mind somewhere else.”

Built into Smudge The Blades’ business model is a mechanism for supporting Indigenous youth to play hockey, a sport that is notoriously expensive. Kingfisher donates a portion of his proceeds to help young players across Canada purchase new hockey equipment. He said that amount is intentionally undefined to allow for communities to define their needs.

So far in 2021, Kingfisher estimates he’s bought gear for about 30 kids, including $2,000 in goalie equipment for one team who reached out. When someone contacts him in need of new gear, he said he sets up a purchase with a sporting goods store in that person’s area.

“The big incentive for giving back is… growing up, I didn’t have the best hockey gear,” Kingfisher said. He noted that he wasn’t able to play on organized hockey teams until he was 12 because his family couldn’t afford equipment. “So I understand that there is that issue still in First Nation communities, that there is not money there to put your kids in hockey, but there are really good hockey players that just haven’t been exposed. That's where I'm trying to reach out to.”

Last month, Kingfisher launched a hockey scholarship to award one male and one female First Nations athlete $500 to help support their education in the U.S. or Canada. Applications require a 300-word essay for applicants to detail what the sport means to them, and how they’ve contributed to their community.

As a college athlete himself, Kingfisher said a $500 scholarship from his university paid for a monthly meal plan.

He’s also throwing his support behind the first Indigenous hockey team to make it to the top four in the Kraft Hockeyville competition, an annual event where communities compete to demonstrate their commitment to the sport. The winner takes home $250,000 to improve their local arena.

This year, the Chief Young Eagle Recreation Centre on the Elsipogtog First Nation in New Brunswick is among the four competing finalists. “Some members of the community feel that the racism or daily challenges faced by First Nations fuel their commitment to the game and constant drive to play harder and better,” the team said in a statement.

Kingfisher has encouraged the public to vote for the First Nation on April 9 and 10, and is currently donating 10 percent of proceeds from all Smudge The Blades purchases to the community’s hockey rink. His support, he said, is driven by an internal feeling of family.

“Hockey — with the First Nations specifically — we’re all family,” Kingfisher said. “We all love the game. So, in a way, it's like I created this brand and brought together everybody. It's just a way for people to show they're proud of their culture.”

Smudge The Blades gear is available online, and in select stores throughout Canada (including Snipe Celly Pro Shop Sports Excellence and Flying Dust First Nation, both in Saskatchewan).

Kingfisher encourages Indigneous youth in need of hockey gear to get in touch at [email protected], or via his company Instagram. He said fans can expect a new collection of apparel sometime this spring, including potential collaborations with the Western Hockey League.