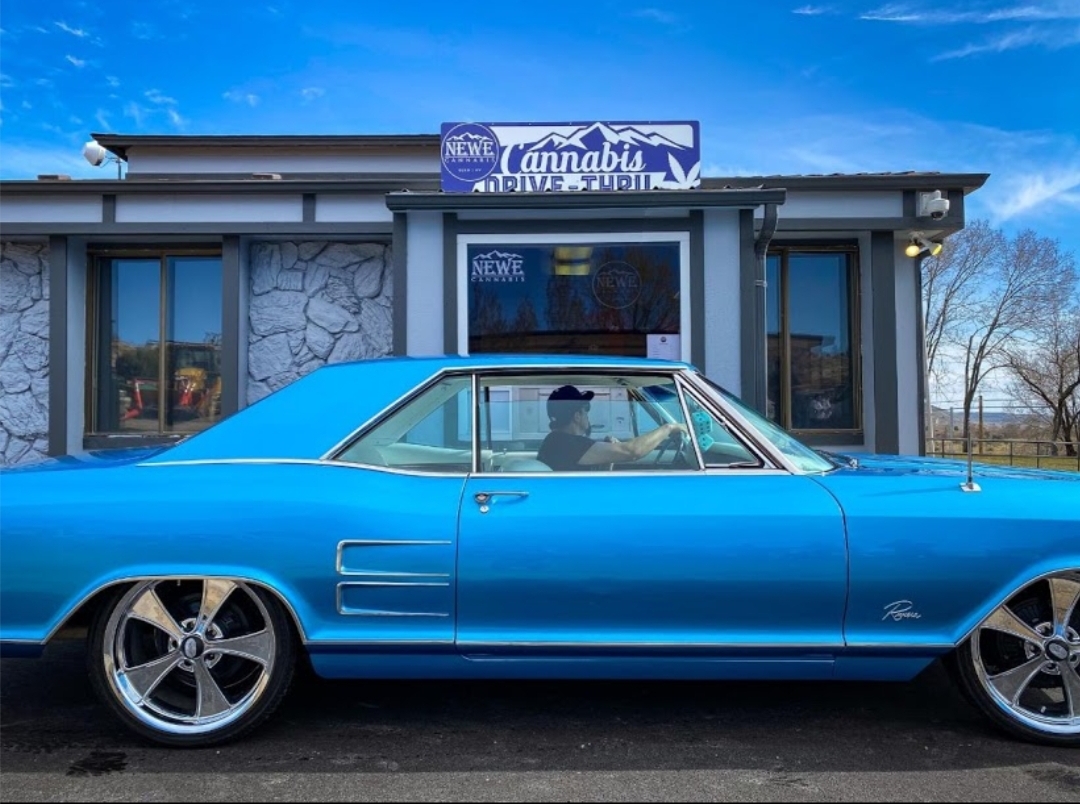 ELKO, Nev. — The Elko Band Colony, one of the four bands of the Te-Moak Tribe of Western Shoshone, has brought some needed financial stability to its community — even during the pandemic — with the launch of a new business.

In April, just after COVID-19 began to sweep through the country, the Elko Band opened Newe Cannabis on reservation lands near the city of Elko in northeastern Nevada. While the pandemic forced the Elko Band to alter its business strategy somewhat to follow social distancing rules and other guidelines, leaders say the tribal community has already started to reap the benefits from the new venture.

“Economically, it was a great move for the tribe,” Juan Arevalo, vice chairman of the Elko Band Colony, told Native News Online. “Moving forward, it was the best thing for us to do to obtain that sustainability.” 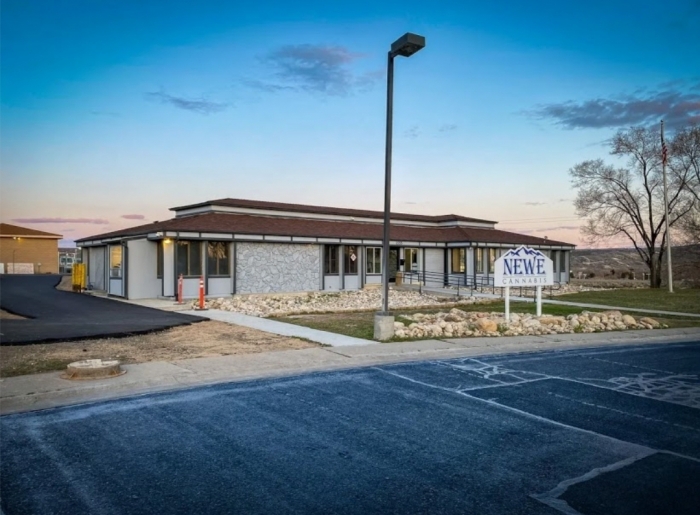 The 1,600-member Elko Band began to pursue a business venture in the cannabis industry several years ago, eventually putting the idea to a vote of the membership. After favorable results and weighing how best to move forward, Elko Band leaders tapped into Portland, Ore.-based Cascade Strategic Investments and Las Vegas-based Sovereign Cannabis Solutions (SCS) to finance and operate the dispensary, respectively, according to local reports. The companies previously worked with the Las Vegas Paiute Tribe to open the NuWu Cannabis Marketplace in Las Vegas, billed as the largest marijuana dispensary in the world.

The Elko Band then signed a compact with Nevada Gov. Steve Sisolak in January that outlines the tribal community’s participation in the industry while following state cannabis laws.

Arevalo said the Elko Band leveraged SCS’s experience with NuWu to implement a drive-thru at the dispensary, and the move offered the company a way to maintain proper social distancing and follow other precautions during the pandemic and various shutdowns, which closed the dispensary to in-store sales.

“It worked out great,” Arevalo said. “We kept that social distancing, we kept the safety of our employees as well as the general public.”

Although Newe Cannabis only officially opened on April 18, the revenues the company is spinning off to the Elko Band Colony have already begun to serve as a positive force for the community, according to Arevalo. 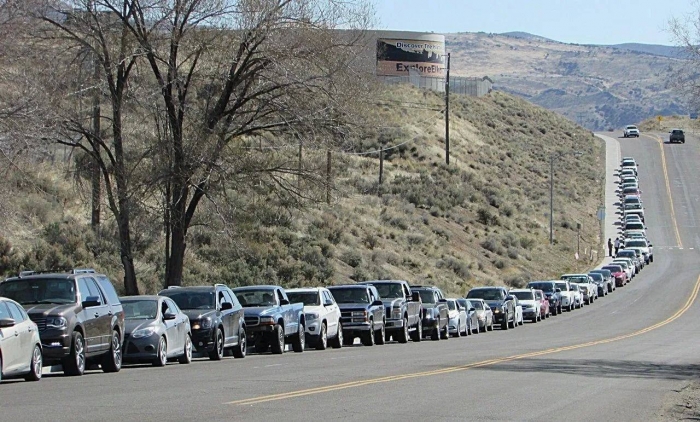 Dozens of cars lined up to go through the drive-thru at Newe Cannabis when it held its soft opening on April 18. (Courtesy photo)

To that end, the Elko Band has used the revenues from cannabis sales to provide food to tribal elders, purchase personal protective equipment for all members, offer $5,000 college scholarships to 17 members, and assist with burial costs during the pandemic.

As well, officials invested some of the money in equipment to help ensure that children have the equipment and capabilities they need to attend school virtually during the pandemic. Elko Band bought computers for all students and purchased internet hotspots for 350 homes on the reservation.

“We’ve accomplished that for ourselves because of the money that we earned from the dispensary,” Arevalo said, adding that the assistance made possible by the new business “speaks for itself.”

The Elko Band also is in the process of reestablishing its own tribal law enforcement agency, which currently is under the oversight of the Bureau of Indian Affairs after losing a previous 638 contract to operate its own department.

“What we have done with the (cannabis) sales that we generated was that now we’re allowed to obtain equipment, police officers, vehicles and all that, and now we’re ready to get into a contract to get our police force back. We have a financial position where we can entertain that contract confidently,” Arevalo said.

The Elko Band pursued the Newe Cannabis business on its own and separate from the 2,700-member Te-Moak Tribe of Western Shoshone, as allowed by the tribe’s constitution that provides equal powers for each of its four bands. Arevalo acknowledged the process was not without “some bumps in the road” and “internal disputes that the tribe had” regarding the dispensary, largely tied to negative views toward marijuana instead of focusing on its medical, emotional and physical benefits.

“That’s where we started from was the benefits that it entailed and how it could help not only the tribal members, but our neighboring city, the city of Elko,” he said.

Nationwide, American Indian tribes have been considering cannabis business opportunities for years, often corresponding with state legalization efforts. Tribes in Washington, Oregon and California and Nevada — all states that have legalized cannabis for adult recreational use — have entered the market.

As well, tribes in Michigan have weighed various options for participating in the industry after the state legalized recreational cannabis in 2018. While tribes including the Sault Ste Marie Tribe of Chippewa Indians and the Little Traverse Bay Bands of Odawa Indians are wading carefully into the industry by serving as landlords to outside dispensary operators, Bay Mills Indian Community plans to open a vertically integrated cannabis operation on trust lands, as Native News Online previously reported.

Given that the COVID-19 pandemic forced tribes to close their casinos, thereby idling their main economic engines, many communities see cannabis businesses as a new source of revenue that offers a needed lifeline to their tribal economies.

“The COVID-19 pandemic has increased the urgency for us to find new sources of economic opportunity for our people,” Bay Mills Indian Community Chairman Bryan Newland said last month in announcing the tribe’s cannabis business plans.

Almost overnight, Newe Cannabis became the primary economic resource for the Elko Band Colony, replacing its gas station and convenience store which for the last couple of decades served as the top source of revenue, Arevalo said. The Te-Moak Tribe does not operate a casino.

“Once we ventured into cannabis and the amount of money that we received from that, that now became our primary resource,” he said. “There’s always things to fall back on, but now primarily it is cannabis.”