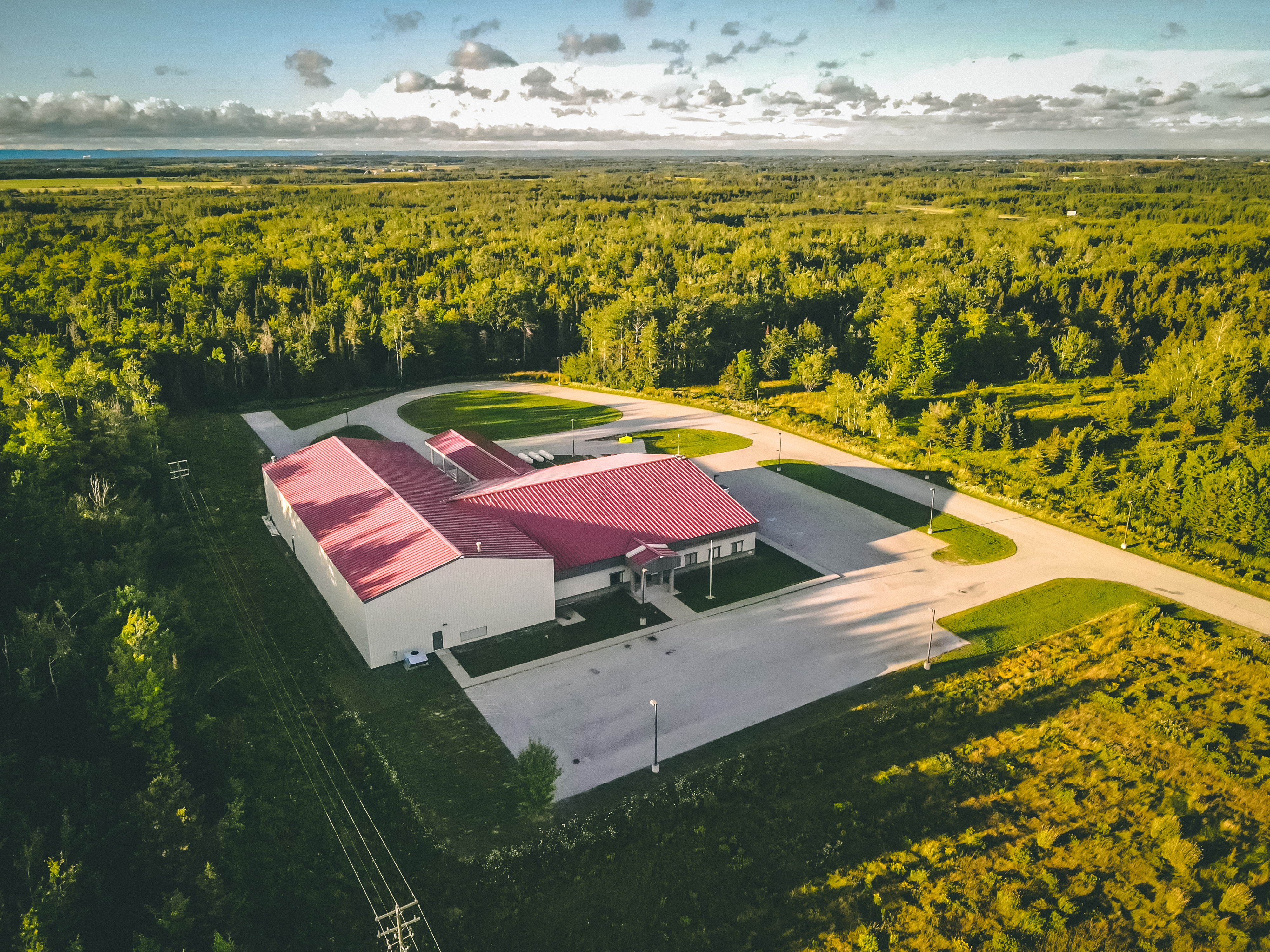 BRIMLEY, Mich. — The first of the 12 federally recognized American Indian tribes in Michigan to legalize marijuana now intends to be the first to market with a tribally licensed “seed to sale” cannabis business.

The 2,200-member Bay Mills Indian Community, based in the eastern Upper Peninsula of Michigan, detailed plans this week to transform an existing facility on tribal land south of Sault Ste. Marie into a vertically integrated cannabis operation.

The tribe expects to grow up to 10,000 plants at the facility, which will also include marijuana processing and a retail dispensary open to tribal members and the public.

Whitney Gravelle, in-house counsel to the tribe, said the cannabis business will provide job opportunities for tribal members, as well as help Bay Mills diversify its economy, which has suffered a hit during the pandemic because of the closure of its main revenue source, the Bay Mills Resort and Casino.

“It’s extremely important,” Gravelle told Native News Online of the tribe’s need to diversify. “Not only are we diversifying the [revenue] stream that the tribe would be receiving, we’re also opening up another economic venture that can operate differently from how the gaming industry operates and provide other advantages.”

Unlike other Michigan-based tribes that have begun to dip their toes into the cannabis industry by leasing trust lands to outside private companies to open state-licensed dispensaries, Bay Mills is leveraging its sovereignty to regulate and control the industry on its own.

Last month, the Little Traverse Bay Bands of Odawa Indians partnered with Troy, Mich.-based Lume Cannabis Co. to open dispensaries on trust lands in two communities in the northern Lower Peninsula, as Native News Online previously reported. Meanwhile, the Sault Ste. Marie Tribe of Chippewa Indians detailed plans to work with Lume to open a dispensary on trust lands near Sault Ste. Marie, with the company committing to five other storefronts on trust lands across the tribe’s seven-county service area in the Upper Peninsula.

The tribes are acting only as landlords for Lume, which also operates dispensaries on private lands in the state. Moreover, although the Michigan Marijuana Regulatory Agency has no jurisdiction over tribal lands, the company successfully sought state licensure to operate on sovereign trust lands, which are located within communities that have opted out of allowing recreational cannabis businesses. Those local restrictions also do not apply on trust lands.

Still, Bay Mills wanted to take a different approach that preserved its sovereignty and control over its own lands.

Bay Mills Tribal Chairperson Bryan Newland said the tribe needed to forge its own path into the industry in a way that met its needs.

“We don’t begrudge anyone else who has found a different way into this industry,” Newland said in a statement. “At the same time, Bay Mills has no interest in turning over our sovereign lands to private, for-profit corporations who are regulated and taxed by the State of Michigan.”

Bay Mills Indian Community was the first of the 12 federally recognized American Indian tribes in Michigan to legalize marijuana in January 2019, shortly after voters passed a referendum legalizing adult recreational use in November 2018.

Gravelle said the tribe, which is governed by a General Tribal Council structure, voted to legalize marijuana on tribal lands and also to give officials their “expressed blessing” to seek out economic development opportunities in the nascent industry.

Through the first half of 2020, adult-use marijuana sales reached more than $191 million across the state, according to data from the Michigan Marijuana Regulatory Agency. Even during the height of the state-mandated stay-at-home order in the early days of the pandemic, marijuana businesses were deemed essential and allowed to remain open to serve medical and recreational customers.

The pandemic has had devastating effects on the tribal economy for Bay Mills, which voluntarily closed its casino to help curb the spread of COVID-19, effectively cutting off its economic engine from March 20 through June 12. During the closure, Newland described the situation as “life and death” in an interview with the New York Times, in which he said the tribe planned to “write off 2020” because of the pandemic.

Now, Newland says the cannabis operation offers the tribe a needed lifeline as its economy tries to claw its way back.

“The COVID-19 pandemic has increased the urgency for us to find new sources of economic opportunity for our people,” he stated.

Because Bay Mills doesn’t operate under the state of Michigan’s tax and regulatory scheme, the tribe’s company will be able to go to market with a less expensive product and still deliver returns to support tribal members, beyond the couple dozen jobs the company expects to create.

“As we generate any type of revenue from that economic venture, it’s our plan to reinvest that back into the community,” Gravelle said.

If the Sault Ste. Marie operation proves successful, Bay Mills also will look to open dispensaries on tribal lands in other parts of the state, as well as supply cannabis products to other Michigan tribes who also are interested in starting dispensaries. Bay Mills remains engaged in ongoing discussions regarding supply-side opportunities with other tribes, Gravelle said.

One sticking point: The state of Michigan has rebuffed Bay Mills’s attempts to enter into a compact for the tribe to enter the cannabis industry, similar to agreements tribes in Washington have signed with that state.

For the time being, Bay Mills is focused on getting its operation up and running, with the sales from its first harvest about a year away, which Gravelle called a “really realistic timeline.”

“However, we are looking into and investigating having some type of retail location open before next year as well,” she said, noting the tribe is seeking a way to bring product in from outside producers.