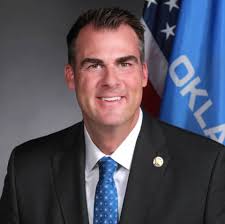 The Cherokee, Chickasaw and Choctaw Nations filed the lawsuit in the U.S. District Court of the Western District of Oklahoma. The suit seeks a judicial declaration that the gaming compacts they have with the state automatically renew in accord with their terms, effective January 1, 2020.

Stitt has claimed the compacts expire and wants the tribes to pay a larger portion of casino revenue to the state. In a letter sent to Stitt today, the tribes indicated they are willing to renegotiate fees, but want the Governor to acknowledge the automatic renewal of the agreements.

“The dispute—like the lawsuit—is about renewal, not rates,” the letter said. “Our compacts expressly provide both for renewal and for rate renegotiations. We have never refused to discuss rates but insisted only that any negotiations conform with our compacts’ plain provisions and Federal law.”

The tribes filed the suit to “bring an end to the uncertainty” that Stitt has attempted to cast over Tribal gaming operations, according to a news release issued by the tribes.

“The Governor’s stance on the gaming compact has created uncertainty and has been seen as a threat to our employees and our business partners,” Choctaw Nation Chief Batton said in a statement.  “We see this legal action as the most viable option to restore the clarity and stability the Tribes and Oklahoma both deserve by obtaining a resolution that our compact does automatically renew.”

The tribes, which sent a copy of the lawsuit to Stitt, cited this portion of the gaming compact in their complaint:

“This Compact shall have a term which will expire on January 1, 2020, and at that time, if organization licensees or others are authorized to conduct electronic gaming in any form other than pari-mutuel wagering on live horse racing pursuant to any governmental action of the state or court order following the effective date of this Compact, the Compact shall automatically renew for successive additional fifteen-year terms.”

“We have a solemn duty to protect the sovereign rights of our Tribal Nations as well as the interests of our citizens,” Chickasaw Nation Governor Bill Anoatubby said in the news release. “While we prefer negotiation to litigation, the Federal court is now the only reasonable alternative to bring legal certainty to this issue. We remain hopeful we will continue to have a productive and mutually beneficial relationship with the State of Oklahoma once we have resolved this issue.”

Under the current gambling compacts with the state of Oklahoma, tribes pay between four percent and 10 percent of a casino’s net revenues in order to retain exclusive rights to operate casinos in the state. The so-called “exclusivity fees” generated nearly $139 million in payments to the state last year on nearly $2.3 billion in gaming revenues covered by the compact.

Stitt issued a press release late Tuesday, stating: “I am disappointed that a number of Oklahoma tribes, led by the Chickasaw, Cherokee, and Choctaw Nations, did not accept the State’s offer on Oct. 28 for a three-person arbitration panel to resolve our dispute outside of court. This was a capstone action to their numerous refusals to meet with State and begin negotiations on the Model Gaming Compact to ensure a win-win for all parties by the end of this year. I was elected to represent all 4 million Oklahomans, and I will continue to be laser focused on an outcome that achieves a fair deal and is in the best interest of the state and its citizens.”

Two tribes and a state association that are not a part of the lawsuit also issued statements about the situation.

Seminole Nation Chief Greg Chilcoat said Stitt’s position had triggered concerns among vendors and others who work with Oklahoma Tribal governments, causing some to worry about instability in the State’s economy.

“Rather than respectfully engage with the Tribes and seek an amicable resolution, Governor Stitt has continued to insist on our compact’s termination,” Chief Chilcoat said. “While his position is completely at odds with our compact’s language, he has succeeded in causing uncertainty that has an economic consequence. His inconsistent approach has been unfortunate and unnecessary.”

Matthew L. Morgan, chairman of the Oklahoma Indian Gaming Association, made the following statement: “The Tribes remain firmly united on the automatic renewal of the compacts. We have communicated our position to Governor Stitt on numerous occasions in hopes of finding a practical path forward benefitting both the State and Tribes.

“That said, as leaders of sovereign nations, the Tribal leaders must honor the compacts and will continue to do so on January 1, 2020, as they’ve done the past 15 years. Tribal leaders have the right as well as the responsibility to protect their citizens. Tribal leaders applaud the action taken today by the Cherokee, Choctaw and Chickasaw Nations to seek certainty on the matter of automatic renew through the Federal court.”