The Search for Truth Versus Meaning: An In-Depth Look into HBO’s “Exterminate All the Brutes” 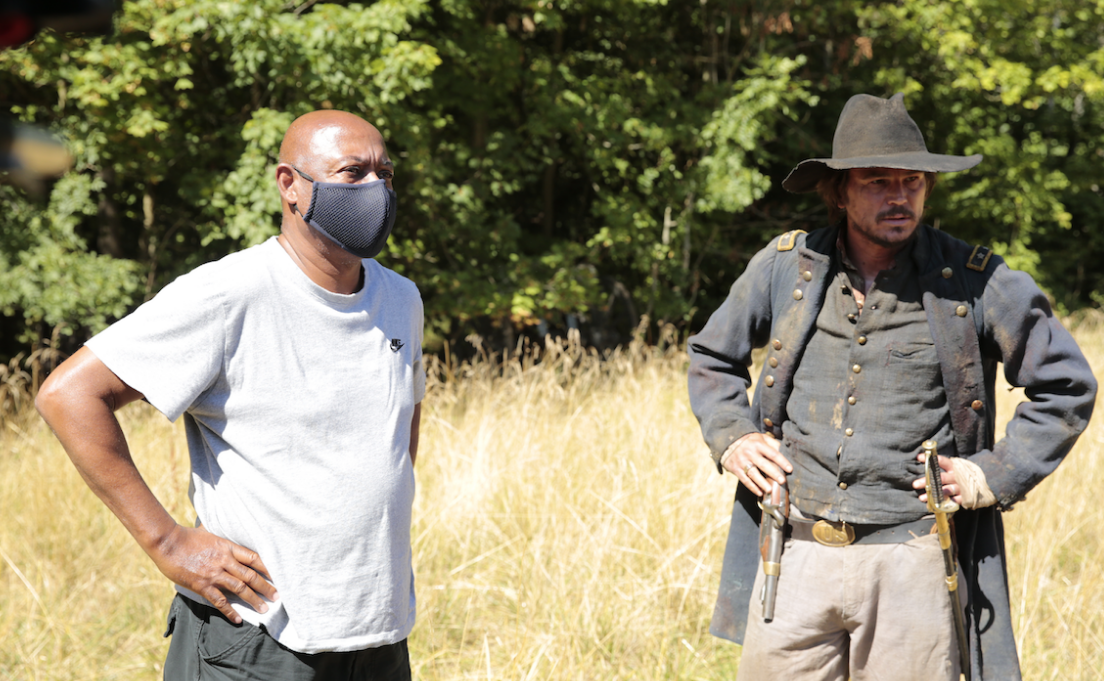 America is experiencing a reckoning as more BIPOC filmmakers, artists and writers are gaining momentum in telling their stories for themselves.

Earlier this year, HBO released the four-part series “Exterminate All the Brutes.” Written, narrated and directed by Haitian filmmaker Raoul Peck (“I Am Not Your Negro”) and produced by Velvet Film. Peck offers a counter-narrative to White Eurocentric history, focusing from the 12th century Crusades through the Trump presidency.

The genre-bending series is an Afro Futurist approach into re-educating audiences about white supremacy ideology and reimagining the world if other variants played out. Throughout the episodes, Peck splices together historical reenactments/reinterpretations, archival footage, dynamic animation and personal documentation to explain the poignant reality and the historical European perception of Black and Indigenous or “the brutes.”

“Why do I bring myself into this story? Where do I fit in it? As a filmmaker, I am compelled to stay hidden in the background. You learn to avoid becoming the subject of your film. It’s not about you, unless the story is bigger than you,” Peck narrated in the first installment about his inclusion of his Haitian ancestry.

“What does it mean for collective experience, to even wish for a common history?”

The docuseries is based off of the scholarly works by Sven Lindqvist’s “Exterminate All the Brutes,” Michel-Rolph Trouillot’s “Silencing the Past” and Roxanne Dunbar-Ortiz’s “An Indigenous Peoples’ History of the United States.” Peck’s work reexamines and restructures the profound meaning of American slavery and Native American genocide, and their fundamental implications for the present.

He explores the idea of complicity by featuring Josh Hartnett (“Pearl Harbor,” “Black Hawk Down”) as the lone constant actor of the scripted scenes. Depending on the era, Hartnett plays the antihero/White supremacist, who enforces acts of violence in the name of progress or the justification of genocide. As the series develops, his portrayals of these characters morph from no remorse to indifference to conflict to inner reflection with the intention seeming to pose the question: what if this transformation happened generations ago? What if the narrative wasn’t so filled with trauma?

Help us celebrate Native voices and stories about Indigenous people with a donation to Native News Online.

Global economies fueled America’s fight for land and resources, which led to the attempted eradication of Native people while slaves were forced to build and maintain properties. Part of the erasure of these Black and Indigenous histories leaves wide-scale knowledge gaps for many Americans. Native communities continuously have to offset racist narratives that all together ignore or gloss over any contributions of these diverse tribal nations towards the country's development. White explorers and conquerors are symbolized as the only perspective worth sharing, even in pop culture.

In 1996, the animated series The Simpsons touched on problematic histories and the idealization of founders in the episode “Lisa the Iconoclast.” Eight-year-old Lisa is always portrayed as the most intelligent and critical character in her hometown of Springfield. While researching the town’s founder at a small museum, she comes across the centuries-old secret that Jebediah Springfield was a former pirate who tried to assassinate George Washington. She attempts to reveal this truth to as many educators and city officials as she can and is met with hostility for challenging Springfield’s honor. Eventually, she gains her father’s and the museum curator’s support. They manage to get her in front of the town during the founder parade, but Lisa has a change of heart after looking at the optimistic crowd. Instead, she doesn’t divulge his notorious past and calls him great. When the curator asks her why she remained silent, her reasoning was that the lie had value too and brought people together.

This episode may not be as well-known, but it brings up interesting and still relevant questions. People want someone or something to believe in, but what does it mean when anyone, even a villain, is worth idealizing? What defines “great” historical figures in society, especially when their faults are detrimental to others? Are some truths too unbearable that people would rather believe in the lie or just ignore the uncomfortable details? Is this a cautionary tale about the power of narratives? Or is it merely the writers’ satirical perspective of America’s founding fathers and the narratives associated with them?

Peck conceptualizes the “anyone will do” mentality with a barrage of clips of contemporary world leaders known for their alienist and fascist type tactics. As these global leaders, mostly male, address their crowds as supporters cheer them on while others remain silent in their knowledge of atrocities committed by these elite men and women. The sheer volume of footage is alarming to see and process, and begs the audience to question how can this cycle be broken, and accountability be upheld?

“We search for the truth when we should search for meaning. The very existence of this film is a miracle,” Peck narrated.

Rotten Tomatoes gives it a Certified Fresh rating, “While Exterminate All the Brutes perhaps packs a little too much into its limited runtime, it remains a powerful, necessary examination of the horrors of historical colonialism and its lingering impact on the world today.”

The series is overwhelming and packs a lot into its hour-long episodes out of necessity. Too many Black and Indigenous narratives were suppressed into silence and these accounts go untold. Oppressors vilified and punished those practicing their tribal languages and cultures and forced religious conversion. Families were displaced and entire communities were alienated from the rest of the country. The lingering effects of genocide’s evolution are still felt today. Peck’s work showcases how these experiences are reoccurring, especially at the detention centers at the Mexican/American border.

But hope is hard to kill. Like Peck, other writers, linguists, artists and creatives are taking great strides to present Native and Black stories to the masses. Last month, the Writers Guild of America West hosted a writers panel to specifically address these storylines and collaborate with others to effectively move forward.

“Remember your ancestors went through worse (so) put value in your worth,” said Azie Dungey, an Emmy-nominated Pamunkey and Black writer. Dungey spoke of finding strength in being in the position to portray these complex histories and overcoming discouragement from white showrunners.

“Exterminate All the Brutes” intentionally asks the viewer to question America’s narrative and reassess its current direction. Ancestors suffered, fought, adapted and survived in the hopes that the next generations wouldn’t have to, and they could have a prosperous future. These past generations laid the foundation for this generation to have accessibility and be in positions to speak for themselves.