Witnessing the Next Evolution in Television: Black and Indigenous Writers Take Risks and Think of Inventive Solutions

Many people today are reexamining what it means to show solidarity, especially within Black and Native communities. There is an underlying and overlooked shared history between the two groups that American culture needs to acknowledge and incorporate into its narrative. As with any progressive societal movement, it takes multiple voices to speak up and form alliances to make impactful change. Emerging and veteran BIPOC writers are reassessing their approaches to representing these stories on television. 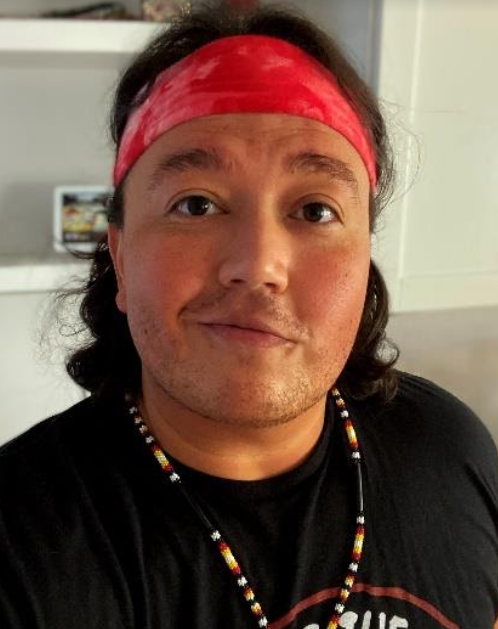 Late last month, the Writers Guild of America West (WGAW) hosted a panel discussion to promote Black and Indigenous narratives as well as discuss actionable steps for collaboration through storytelling. Moderated by Haudenosaunee writer Kelly Lynne D’Angelo (Miracle Workers) and non-binary comedian Zackery Stephens (Q-Force), “The Story of US: Decolonizing Black and Native/Indigenous Narratives” delved into the uncomfortable experiences as well as the congenial situations of the writers’ room.

“I leaned on Black male writers as co-conspirators. Creating that community is helpful in a writing room and making sure these writers are on show with these types of characters,” Ornelas (Navajo) said.

The Rutherford Falls showrunner and co-creator has a greater understanding of the necessity to build relationships with fellow writers. A former film programmer for the Smithsonian’s National Museum of the American Indian, Ornelas has a decade’s worth of experience working on sitcoms, such as Superstore and Brooklyn Nine-Nine, and acknowledges that “right pairing” with non-Native collaborators is key.

“Is or isn’t this offensive? You have to be able to have these conversations to be effective. Build those bonds and be honest about your own journey of education. I can be more aware of my own blind spots,” said Ornelas.

Her approach to confronting cultural conflicts revolves around being inventive with solutions and carving out pathways to gain allies. She believes creating space for everyone to speak counteracts crabs in a bucket mentality, or the belief “if I can’t have it, you can’t either,” which ultimately supports the interconnectedness of BIPOC experiences.

“Because of erasure, we don’t see each other in our Black and Native stories,” Dungey commented, who is Pamunkey and African American.

Dungey is best known for her critically acclaimed comedy series Ask a Slave, where she plays Lizzie Mae, a housemaid to George and Martha Washington, and is based off of her time as a reenactor at Mount Vernon. The Emmy-nominated writer has had to offset racism from multiple directions because of her mixed identity but has found fun and creative outlets to address these issues.

“I felt like I had to prove I belonged in [Native] space, because I’m also Black. I’m like a minority within a minority. It’s an exercise in patience, but I’m becoming more confident and there are more stories to be told. In this climate, people are worried about getting it wrong. We have to start trusting people of color to just do it. We have to be careful, but on the other hand, if I don’t do it, who else will?” Dungey explained.

Many of the writers described how they’ve had to combat the idea that no one would be interested in onscreen BIPOC stories, especially from producers and network executives. Contrary to that argument, many audiences are just as diverse and want to see more characters and storylines that reflect their experiences.

“All good art comes from authenticity. If we have to justify telling our own stories, we’re starting from below zero. [Sometimes] it feels like we’re still at the start,” Brown Eyes commented.

The Oglala Sioux comedian, whose Lakota name is “Wawo Yaca Wicasa” means storyteller, has written over 100 tv episodes for Fox, Freeform, Disney, PBS, Netflix, Disney and HBO Max. When he first started out, he struggled with feeling unheard and saw prevalent gatekeeping, which is problematic both from higher ups who only want certain Native experiences told and from Native communities who only want certain people telling the stories.

“Now that there is more representation, you can get your foot in staffing. When trying to tell an impactful story, you have to build your momentum into the story. It’s an extra step having to stop and explain,” Brown Eyes said about the challenges of educating people on cultural knowledge.

To alleviate some of the pressure off of the writers, third-party organizations are developing strategies and best practices when portraying Indigenous characters and culture.

In 2018, the entertainment nonprofit IllumiNative developed “The New Native Narrative,” a resource guide for industry professionals seeking to focus on Indigenous peoples. It reported that 78% of Americans want to see and learn more about contemporary Native stories. Of those surveyed, Black and Latinx participants showed the most interest and wanted to “do more” to support Natives. Some suggested actions for allies/accomplices include hiring Native people, reaching out to communities, showcase more modern, nuanced depictions and overall provide more screen time.

“You need more diversity at the top, middle and bottom,” Ornelas said, who is now the first Native to run an American sitcom.

“I’ve been very blessed and fortunate. I don’t want to be the last, so I’m hoping for very few ‘firsts’ for us.”

As television continues to evolve, it’s breaking away from traditional network formulas and recognizing untapped markets. Streaming platforms are experimenting with new styles, formats and storytelling narratives, which are broadening opportunities for more non-white staffers, content creators and executives. Overshadowed Indigenous and Black writers are being able to convey more genuine characters and experiences while not having to always rely on actors/actresses to advocate for their ideas or concepts that were rejected.

Brown Eyes remains optimistic, “Society will benefit when you start to see these stories. Something changes in you. You start to heal.”