Repatriation Delays A Matter of Priorities, Not Funding, Experts Say 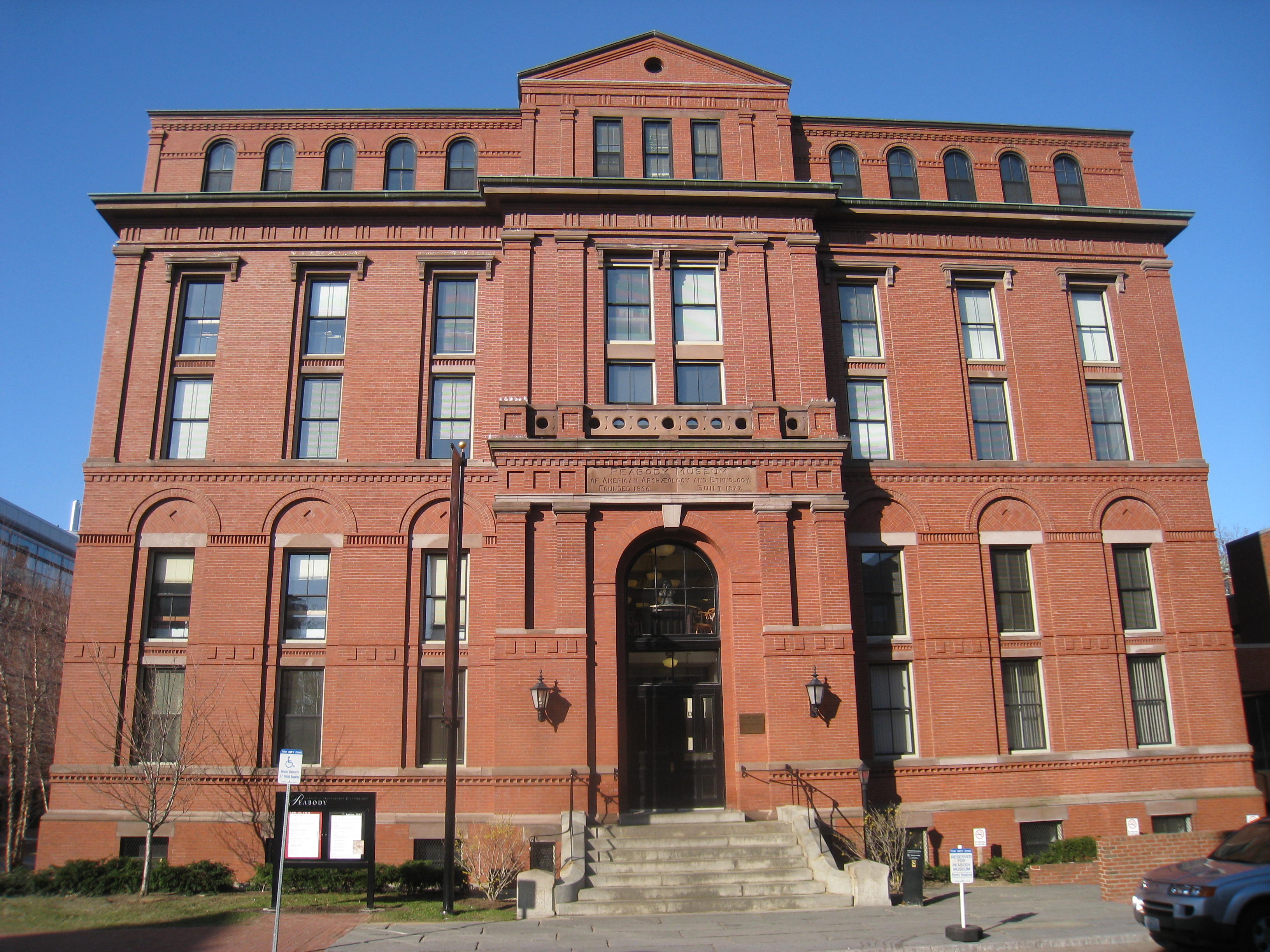 In the more than 30-year battle between tribes seeking the repatriation of their ancestors’ remains and cultural items, and the institutions holding them, there are several excuses institutions use that do little to facilitate respect for tribes and compliance with federal law.

Museums say they are short-staffed, or their budget is limited, or that limited documentation makes it difficult to identify where some human remains and items originally came from.

One museum in the Midwest told Native News Online in early January that it is averaging one repatriation per year due to budgetary constraints. At that pace, it will take them 25 years to clear their inventory.

In the words of Shannon O’Loughlin (Choctaw), chief executive and attorney for Association of American Indian Affairs—the nonprofit group that’s been zeroing in on the repatriation issue for decades—those excuses are, she wrote in all-caps, “bullcrap.”

Others, including Anne Coats Amati, a Native American Graves Protection and Repatriation Act (NAGPRA) employee at the University of Denver’s Museum of Anthropology, calls the extreme delays “silly.”

“How much has the institution profited–—gained notoriety, obtained more research dollars, increased tuition because of research grants—off its large collections for research on Native American cultural heritage?” O’Loughlin wrote in an email to Native News Online. “How much do they spend on maintenance, storage, and curation every year? Does the fact that the institution does not have a right to possession over these items, but has been profiting off of its collections, need to be a part of this discussion? Have they considered the costs of violating federal laws? Have they considered the ongoing health and resource costs to Native Nations? Do institutions take this information into account when they are configuring what it truly costs?”

Native News Online spoke with a handful of federal, tribal, and institutional experts to break down the cost of a repatriation and provide information for institutions and tribes about where they can gain access to funding to facilitate the return of remains and cultural items, both out of respect for tribes and to be in compliance with federal law.

NAGPRA is a 1990 federal law that requires all federal agencies and museums receiving federal funding (excluding the Smithsonian Institution and its affiliates which follow their own repatriation process) to catalog the Native American remains and cultural items held in their collections within five years. The law requires museums and agencies to then notify tribes about their specific holdings affiliated to them, and return them.

But a loophole in the law has allowed the majority of the total human remains cataloged—those without documented tribal affiliation, deemed “culturally unidentifiable”—to fall through the cracks. Though museums and agencies still had to report those remains, they haven’t had to take the initiative to determine if they have a connection to a present-day tribe, and if they do, return them.

The hard cost of returning each of the more than 116,000 human remains, in addition to cultural items and funerary objects, still held by institutions depends, according to experts.

According to Melanie O’Brien, national NAGPRA program manager, there is no average cost for a repatriation because there are so many variables involved.

In its simplest form, there are two steps to the process: consulting with a tribe or tribes to determine their connection to past tribes, cultures, and people, and then returning affiliated human remains and funerary objects home.

Where the process gets delayed is at that first step. The institutions keeping human remains consider almost all of them “culturally unidentifiable,” meaning professional experts haven’t determined if they have any connection to present-day tribes. The institutions therefore aren’t required to make any moves to return the remains.

But 90% of those remains can easily be connected to present-day tribes. “I think it’s pretty simple,” O’Brien previously told Native News Online. “For most of these remains, we know where they're from. I think that most tribes have pretty specific territories of ancestral occupation.”

“It is important to note that NAGPRA does not require exhaustive studies or examinations,’ O’Brien said.

In fact, the Congressional Budget Office in 1990 projected that the cost of inventory, meaning museums determining where every set of human remains and other items had come from, would cost $50 to $150 per set, or between $5 million and $30 million over five years, she added. Congress has allocated roughly $54 million to the NAGPRA grant program since 1994.

At the current pace of repatriation, roughly 40% complete after 30 years, it would take another 45 years to clear out each museum and institution’s reported inventory, O’Brien said.

One of the many critiques of NAGPRA is that there is no funding mechanism directly attached to it, meaning that the law does not explicitly state who has the burden of paying for repatriation.

Museums pay some, and the federal government can pay a lot, experts say.

Because there is significant grant funding available, some smaller institutions are faring better than larger universities like Harvard and the University of California at Berkeley—two of the universities that hold the largest amount of Native American human remains in the country.

At the University of Denver’s Museum of Anthropology, a 720-square-foot gallery, the institution has cleared out its 200-person inventory of human remains, half of which had been deemed “culturally unidentifiable.”

It did so with an annual budget of roughly $10,000, plus one full-time NAGPRA employee–Coats Amati.

“I'd say the big projects have primarily been grant-funded,” Coats Amati told Native News Online. “But having a designated NAGPRA person, and the salary that goes towards that, has been very key in being able to facilitate those grants and being able to keep the work going.”

In contrast, Harvard’s Peabody Museum has a whole repatriation department handling its roughly 6,586 Native American human remains. Despite having received more than $500,000 in NAGPRA grants since 1994, the department has repatriated less than 20% of the remains in its collection, according to their federal filings.

“I think it's a matter of priorities,” Coats Amati said. “There’s always limited money. It’s a matter of what we put that money towards.”

Covered in the annual federal NAGPRA sum are two types of grant programs. One provides up to $100,000 for a museum and/or tribes to pay for costs associated with consultation and the inventory-documentation process, such as hiring NAGPRA personnel, travel, equipment, consultation fees, and training.

The other grant type, up to $15,000, is for repatriation, and covers the costs associated with the physical transfer of a collection from a museum to a Native American tribe.

“We fund all eligible repatriation-grant requests,” O’Brien said, and they account for between $90,000 and $150,000 of the NAGPRA program's total budget. “We then award the remaining available funds based on the merit of grant proposals for consultation/documentation projects.”

If grant funds are not available for a consultation project, the museum would bear the cost of paying for compliance with NAGPRA, including the requirement to respond to any requests for repatriation and consultation made by a tribe, she said.

In some instances, museums pay out of pocket anyway. The Berkeley Museum, one of the institutions with the greatest amount of Native human remains in its collection, hired NAGPRA consulting group Bernstein & Associates NAGPRA. Jan Bernstein, the group’s founder and managing director, said that she wrote the needs assessment ​​and strategic plan for the museum to pursue to begin repatriating its 10,000 remains.

“But then what we did is we identified grant-fundable projects in the plan,” Bernstein told Native News Online. “We've got unique sets of individuals associated with unique sets of tribes, and those consultations regarding those ancestors and those sites could be funded by a grant.”

What are some helpful resources?

“A phone call with my office is really all that a museum would need to culturally affiliate and repatriate,” O’Brien told Native News Online.

She leads that group, created by the University of Denver. It hosts regular presentations on navigating the law from an institutional perspective, and also runs bimonthly video calls.

“We're hoping that the NAGPRA Community of Practice will be a resource to people,” Coats Amati says. “We can pool our limited resources and help each other do this work so that you don't necessarily have to hire a consultant, you can just have a little hand-holding.”

The bottom line is that repatriating human remains held by institutions is a matter of institutional priorities, not of funding, experts agree.

According to Bernstein, administrators at university anthropology departments are often ignorant about happenings in their department.

“Oftentimes… they're not even aware of the fact that their institutions are not proactively pursuing repatriation or disposition of culturally unidentifiable ancestors,” Bernstein said. “It can be one person, one position, that can stop [repatriation] from happening, and it can be one person who can change all that and make it happen.”

O’Loughlin said the problem is what an institution is prioritizing its staff to do, not financial constraints.

“If the institution took seriously its federal legal obligations under NAGPRA, it would prioritize NAGPRA work, direct staff to complete it, and request funding to support it where needed,” she said.

She added that, if the institution is working to repatriate remains based on known geographic information—which most can do, whether they know it or not—“then the process will be more efficient and less expensive than if they are attempting additional research that is not required under NAGPRA.”

Coats Amati said when institutions get caught up “making extra sure that things are being repatriated to the right tribe,” they overlook the requirements and the intent of the law.

“It can be a lot easier than they’re making it out to be,” she said. “The main issue is: Does the institution have the will to repatriate?”