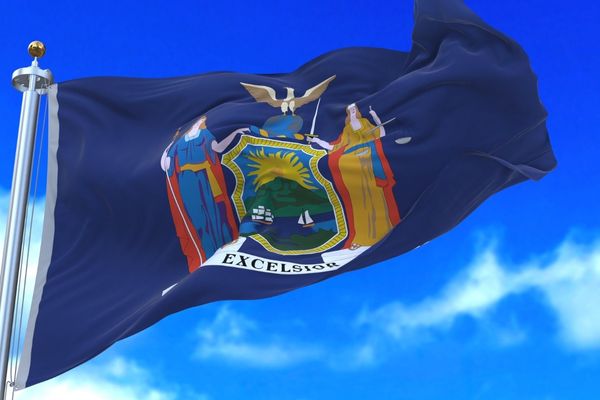 As the clock ticked down on 2022, New York State Governor Kathy Hochul vetoed a bill that would have protected unmarked burials of Native American ancestors from unintentional excavation.

The bill, titled the Protection of Unmarked Graves Act, passed the state legislature unanimously in June. The law would have implemented several measures to protect unmarked graves, including requiring construction be stopped on private property if human remains were encountered; creating a Native American burial-site review committee; and allowing tribes and individuals to seek injunctions against violators.

Gov. Hochul vetoed the bill on Dec. 30 because it fails to “balance the rights of property owners with the interests of the families of lineal descendants and other groups,” she wrote in her veto memo.

According to proponents of the bill who negotiated with Hochul’s legal counsel daily for roughly a week leading up to her veto, Hochul’s staff added an amended clause to the bill that negated its intent.

“We were working up until the day that she vetoed it,” Tela Troge, a member of the Shinnecock Nation of Long Island and the Shinnecock Graves Protection Warrior Society, told Native News Online. “We were going through the hypothetical situation: what if the development of either a residential or commercial project unearthed a mass burial site of 250 individuals — what would the process be?”

Currently, New York is one of only four states—including New Jersey and Wyoming— that does not have a process when burials are unearthed on private property through unintentional excavation. Unmarked grave protection legislation was drafted in Ohio, but it failed to meet the threshold for introduction in the Ohio General Assembly.  The new law would have established a legal process that would include notifying a local coroner who would call the state archeologist if the remains were more than 50 years old. The law also would require establishing a link to a present-day Native American tribe and entrusting the remains to that affiliated group, as well as establishing criminal penalties for those who don’t comply with the law.

“And so (Hochul’s assistant counsel) David Perino was insisting that they could not pass the bill as the legislature intended because the property owner needed to have the complete discretion to remove the bodies or the remains.”

Over the last two decades, there have been several grave desecrations on Long Island. In 2003, a developer on Shelter Island, off the coast of Long Island, unearthed a mass Native burial site on his property, then built a horse barn over the site.

In just the last two years, a local task force of roughly half a dozen Algonquian-speaking tribes from Long Island has reclaimed more than 150 human remains unearthed by archeologists and museums in Suffolk County — Long Island’s easternmost county — in the late 1800s and early 1900s.

The most recent bill was introduced in 2021 by former state Sen. John Brooks (D-Nassau County).

Unkechaug Nation Chief Harry Wallace, who lives on the Poospatuck Reservation in Mastic, Long Island, is one of the leaders involved in a decades-long effort to pass legislation to protect unmarked graves. Wallace told Native News Online he was hopeful the law would pass Hochul’s desk before Dec. 31 since it was the first time it passed the legislature.

In August, tribal members began requesting to meet with Gov. Hochul’s team as the end of the year crept closer, and the governor still hadn’t signed the graves protection bill.

Wallace was among a handful of tribal members, lobbying representatives, and senators who met with Hochul’s legal team for about a week through Christmas Day to work through the bill.

Wallace told Native News Online that the governor’s proposal to amend the law negates the entire purpose of the law.

“We thought the bill was a strong bill until they added the offending clause that said that … if the property owner — that’s a euphemism for developer — that if nothing has been done within 60 days, he can remove the bodies himself,” he said. “You negate the entire process by waiting out 60 days. Nothing happens within 60 days ... they can’t even get a permit within 60 days, but they can remove bodies within 60 days?”

Hochul wrote in her memo that, while she “recognize[s] the need for a process to address the handling of unearthed human remains in a way that is respectful to lineal descendants or culturally-affiliated groups, any process addressing the handling of unearthed human remains that also involves the private property of New Yorkers must appropriately protect both interests.”

Governor Hochul’s office did not respond to Native News Online’s request for an interview.

Gov. Hochul broke records in 2021 during her campaign for New York state governor when she raised $21.6 million in campaign donations, with the largest checks coming from the state’s largest real estate developers.

Campaign records show that Hochul’s donations included: $55,000 from Douglas Durst, who oversees a multibillion-dollar real estate empire and chairs the Real Estate Board of New York; $60,000 from the Rechler family, who owns a leading real estate company in New York; and more than $400,000 from real estate companies across New York City.

In addition to vetoing the Protection of Unmarked Graves Act, Hochul also vetoed another bill that would have given the Montaukett Indian Nation on Long Island state recognition, which also passed the state assembly.

A third bill that would have established an office of Native American affairs never made it out of committee.

“Look what she’s done,” Wallace said. “She vetoed all the legislation relative to dealing with issues that affect Indigenous communities in the state.”

Moving forward, Troge and Wallace say that they plan to continue to introduce legislation to protect unmarked burial sites in New York.

“Now, we move forward,” Wallace said. “We try and figure out a way to overcome an anticipated veto. But we’re not going to give up.”