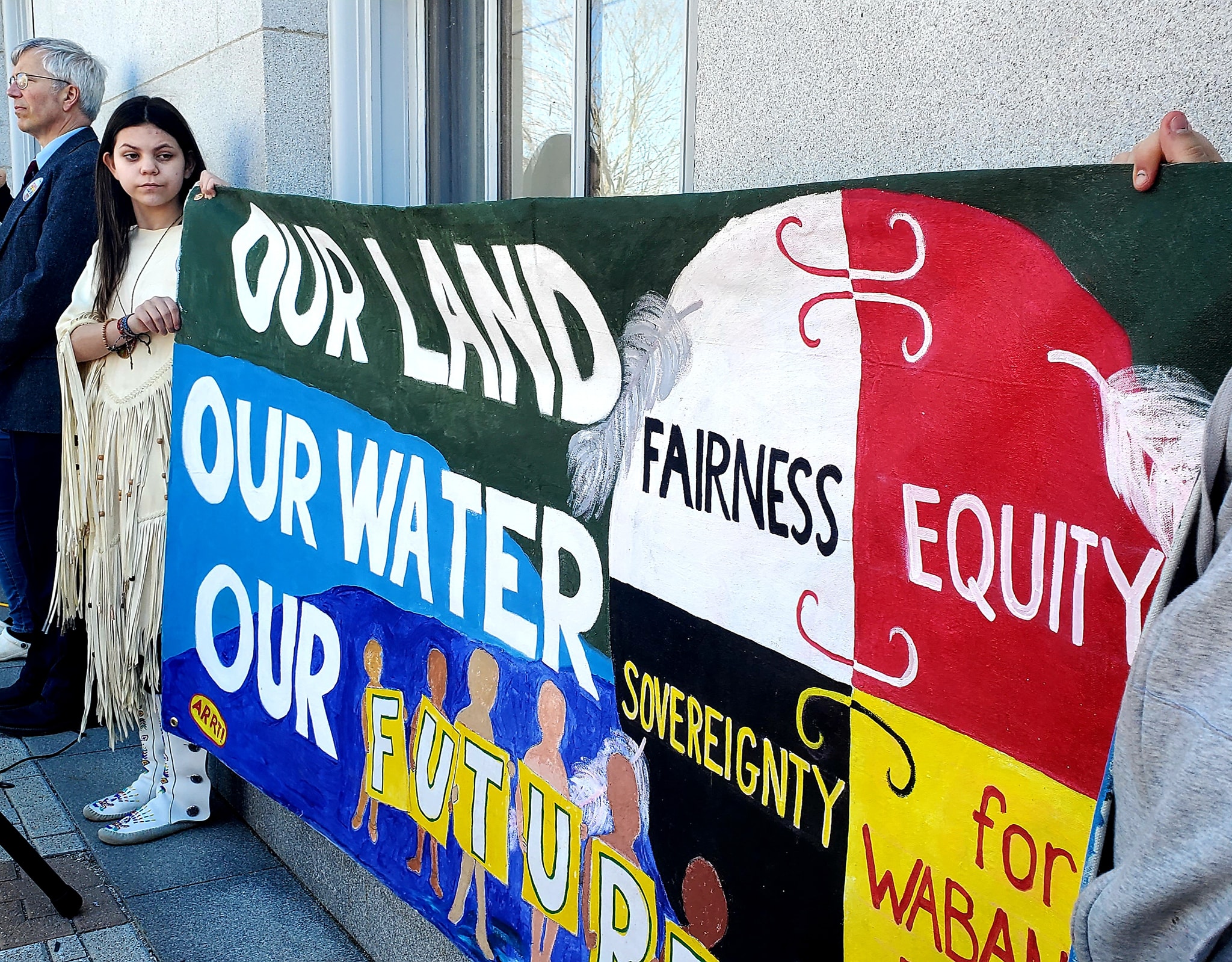 A proposal that would have restored long-awaited sovereignty for Maine tribes was blocked this week and excluded from the $1.7 trillion 2023 Omnibus spending bill.

The proposal — introduced by 2nd District Congressman Jared Golden and backed by fellow Democratic Congresswoman Chellie Pingree — would have provided a crucial update to the Maine Indian Claims Settlement Act of 1980, which limits tribal authority and excludes Maine tribes from new federal laws unless specifically directed by Congress.

The state’s tribes— known collectively as the Wabanaki Nation— are currently excluded from more than 150 federal Indian Laws.

The proposed language was previously included in the House-passed spending legislation and would have allowed the Wabanaki Nation to benefit from future federal Indian law.

Sen. Angus King (I-ME) opposed the legislative language due to “serious concerns about the legislation in its current form and the unintended consequences it poses for the state of Maine,” according to a statement.

Wabanaki leaders expressed deep disappointment in King’s opposition to the proposal, citing that tribal leaders worked closely with the senator’s office while drafting the language.

“The main reason for the legislation’s exclusion is due to strong opposition from Senator Angus King,” Chief Kirk Francis, Penobscot Nation, said in a statement. “This is unfortunate because tribal leaders had directly conferred with Senator King as the legislation was being drafted and purposefully drafted the bill narrowly to address Senator King’s concerns.

“It’s hard not to suspect that the senator’s opposition to the legislation is political in nature and not substantive. The Wabanaki bill would have been a meaningful step towards modernizing an archaic settlement act, and it would have opened doors for much-needed economic opportunities for our tribal communities and rural Maine.”

The failed proposal comes on the heels of a recently released study on the economic implications of limited tribal sovereignty in Maine.

The study, conducted by a team of researchers from the Harvard Kennedy School, concluded the Maine Indian Claims Settlement Act has severely hampered economic development for the Wabanaki Nations and the surrounding non-tribal rural areas. According to the study, since 1989, per capita income among Maine tribes has grown just 9 percent, far behind the 61 percent per capita growth among the rest of Indian Country.

“Perhaps no better economic development policy costing so little money could be implemented now in the State of Maine than removing the restrictive language of MICSA. Yet Sen. King refuses to support it,” Chief Clarissa Sabattis, Houlton Band of Maliseet Indians, said in a statement.

This is the second failed attempt to restore the Wabanaki Nation’s sovereignty this year and was widely supported by Maine citizens. In February, the Maine joint judiciary committee heard nine hours of emotional testimony from citizens urging them to pass LD 1626, according to reporting from Tribal Business News. The bill was passed by the House and Senate; however, the legislation died after lawmakers declined to send it to Gov. Janet Mills for signing.

Despite setbacks, Chief Rena Newell of the Passamaquoddy Tribe at Sipayik says the nations will continue to fight for sovereignty.

“We will not stop,” Newell said in a statement. “We will keep fighting for a brighter future because all of Maine succeeds when the Wabanaki succeeds. We applaud our friends Congressman Golden and Congresswoman Pingree for championing our effort thus far and look forward to building on our work in future Congresses.”