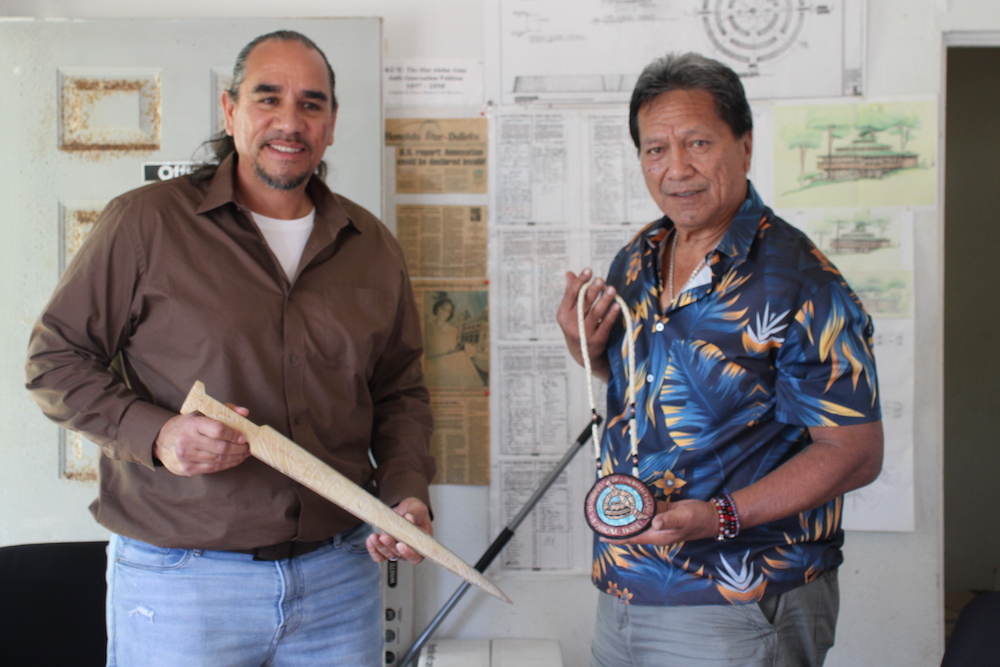 WAIMANALO, Hawai’i—The Independent & Sovereign Nation of Hawai’i and a California tribe have signed a first-of-its kind treaty of peace and perpetual friendship.

The treaty marks the beginning of a promising relationship between the two nations and reaffirms their commitment to Aloha, peace, mutual respect, and understanding in fostering a just and prosperous world, according to a Nation of Hawai’i press release. The treaty also establishes a framework for ongoing economic development and trade, cultural exchange and environmental protections.

“We are honored to be able to formalize our friendship with the Timbisha Shoshone Tribe in this way,” Pu‘uhonua D.B.K Kanahele, president of the Nation of Hawai’i, said. “This treaty is a tribute to the strong bond that exists between our nations, and we look forward to continuing to build on this relationship in the years to come.”

The arrangement between the two nations was facilitated by Bennae Calac, an enrolled member of the Pauma Band of Luiseno Indians and president of Onoo Poo Strategies, LLC in California. The idea was pitched to Calac by Timbisha Shoshone Tribal Chairman Jimmy-John Thompson during a training session in Honolulu. Pu‘uhonua D.B.K Kanahele, the President of the Nation of Hawai’i, is Calac’s relative and delegates from the Nation of Hawai’i were glad to meet with another Tribal Nation when asked.

“These are things that Indigenous people should be doing on our own,” Nation of Hawai’i Vice President Brandon Maka’awa’awa said during the treaty signing ceremony on Friday. “This is sovereignty.”

After the signing between nations, President Kanahele and Chairman Thompson exchanged gifts, hugs, and pledges to support each other’s communities and people.

“This treaty is a significant step forward in our ongoing efforts to promote peace and understanding among all nations,” Thompson said. “We are pleased to be able to count the Nation of Hawai’i as a close friend and ally, and we look forward to working together to build a better future for all of our peoples.”

The treaty between the sovereign nations is the first between the Nation of Hawai’i and a federally recognized tribe, but it is not the first treaty for the sovereign island nation. Today, the Nation of Hawai'i has ambassadors and representatives working in Malaysia, India, the United Arab Emirates, Nepal, Cambodia, Singapore, Thailand, Laos, Indonesia, and Zanzibar.

"Representatives are working in these nations to help build stronger relationships including signing peace and perpetual friendship treaties like the one we signed with the Timbisha Shoshone Tribe," Maka'awa'awa told Native News Online.

“The Hawai’ian kingdom had treaties with more than 30 countries—treaties of peace, friendship, commerce, navigation,” President Kanahele told Native News Online. The treaties followed the passage of Public Law 103-150—known commonly as the Apology Resolution—in 1993 on the 100th anniversary of the illegal overthrow of the Kingdom of Hawaii on January 17,1893.

The law acknowledged the historical significance of the event, which resulted in the suppression of the inherent sovereignty of the Native Hawaiian people.

The treaty will be ratified by the leadership of both nations in the coming weeks.