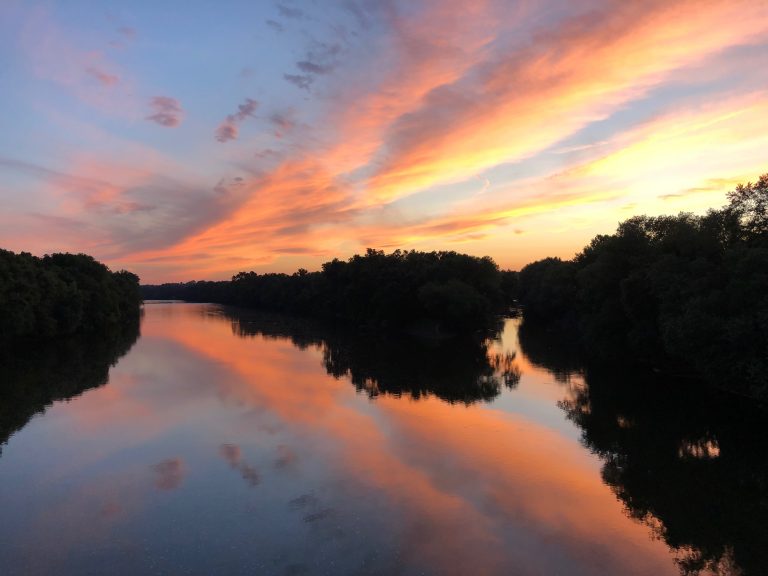 Today the Monacan Indian Nation in what is today Virginia announced that the ancient burial ground containing dozens of their ancestors is no longer at risk for development, after years of back-and-forth with a water authority who wanted to build a pipeline through the land.

The federally and state recognized tribe is located about an hour west of Richmond, Virginia, where they’ve occupied lands at the confluence of two rivers since time immemorial. The roughly 2,600 person tribe is the largest of seven federally recognized tribes within the state, and the Monancan people once occupied half the state.

At the center of the Monacan Indian Nation is a historic capital called Rassawek. Records show that the area was identified on English explorer John Smith’s 1612 Map of Virginia. Beginning in the 1880s, the Smithsonian documented extensive human burials and archaeological material at Rassawek.

When the James River Water Authority (JRWA) initiated plans to build a water pump station and pipeline on top of Rassawek in 2014, the tribe began to fight back. They sought tribal support from tribal, state, environmental and political entities across Indian Country, including the National Congress of American Indians, the National Trust for Historic Preservation, the Southern Environmental Law Center, the Sierra Club, the City of Richmond, and Congressman Donald McEachin (D-VA).

In September 2020, the National Trust for Historic Preservation recognized the critical significance of Rassawek and named it to their annual list of America's 11 Most Endangered Historic Places.

JRWA has agreed to build its water pump station and pipeline in an alternative, more expensive location. Additionally, the Tribe said, the water authority agreed to transfer ownership of its property at Rassawek back to the Nation, so they can protect their ancestors' graves in perpetuity. The Monacan Indian Nation wrote a letter of support for the new project location.

Monacan Tribal Chief Kenneth Branham called the decision a win for all Virginians.

“We have always said, if we can’t save Rassawek, there’s nowhere in Virginia that’s safe,” he said in a statement. “And indeed, this is a victory not just for the Monacans, but for all Virginians.”

National Congress of American Indians President Fawn Sharp said the benefits of the decision will extend beyond Virginia.

“Tribes have unique knowledge of and connection to historic and sacred sites like Rassawek, and tribal input must be heard on projects that affect their ancestral land,” she wrote in a statement. “NCAI is proud to stand with the Monacan people and believes their path to this outcome will become a new model for foiling threats to Native history across the country.”