China Calls What the U.S. did to Native Americans “Genocide” 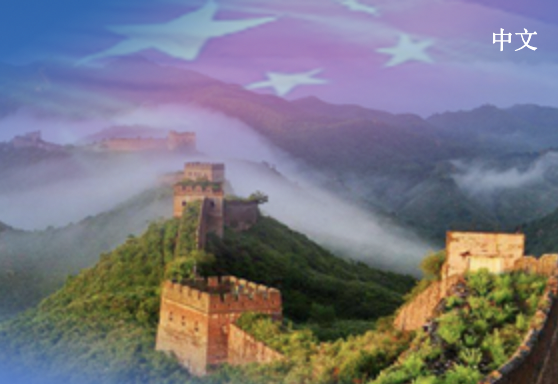 The Chinese Embassy in Washington D.C. has released a statement titled, “The American Genocide of the Indians—Historical Facts and Real Evidence,” in the “news” section of its website. The statement identifies the definition of “genocide” and goes on to state that, “According to international law and its domestic law, what the United States did to the Indians covers all the acts that define genocide and indisputably constitutes genocide.”

The Chinese Embassy did not respond to Native News Online’s requests for comment.

The article is a brief yet thorough overview of the American Indian experience since the time of the Declaration of Independence and the “slandering” of the American Indian with the phrase “Merciless Indian Savages.” It further explores vicious, genocidal atrocities committed against Native Americans by the U.S. government and white settlers, and cites numerous U.S.-based non-profits, news media, and thought leaders on the issue.

Select quotes from the article include:

“American soldiers saw the slaughter of Indians as natural, even an honor, and would not rest until they were all killed. Similar hate rhetoric and atrocities abound, and are well documented…”

“In 1930, the U.S. Bureau of Indian Affairs began sterilizing Indian women through the Indian Health Service program. Sterilization was conducted in the name of protecting the health of Indian women, and in some cases, even performed without the women’s knowledge. Statistics suggest that in early 1970s, more than 42% of Indian women of childbearing age were sterilized…”

“Sadly, to whitewash this part of history, U.S. historians often glorify the Westward Expansion as the American people’s pursuit of economic development in the western frontier, claiming that it accelerated the improvement of American democracy, boosted economic prosperity, and contributed to the formation and development of the American national spirit. They make no mention of the brutal massacre of Native Americans.”

The article also explores the issue of Indian boarding schools and disenfranchisement, in addition to the failure of U.S. schools to properly teach about Native Americans as part of U.S. history. It presents former Pennsylvania Republican Senator Rick Santorum as an example of this ignorance:

To put the deeply researched statement from China into context, we spoke with Perry Link, Chancellorial Chair for Teaching Across Disciplines at the University of California-Riverside, and a China scholar who spent much of his career at Princeton.

The article is coming out now, he told Native News Online, because of the controversy from the last several years over the incarceration and treatment of the Uyghurs in the northwest Xinjiang region of China.

In Trump’s final days in office, Link explains, his administration called China’s oppression of the Uyghurs “genocide.” The Biden administration has maintained that position.

“It's a radioactive word,” Link says, adding that using it obligates the government to take action. For the government labeled as committing it, “it’s embarrassing.” Link points to the Rwanda genocide of the 1990s, when President Bill Clinton debated whether of not he should use “the G-word.”

In the case of the Uyghurs, “you have this proud People’s Republic of China that is very worried about its international image.” And, he says, it is deeply irritated at being called genocidal.

“One way to fight back is to look at how Native people were treated,” Link explains. “It’s a good report. They’ve done their homework. Americans should be embarrassed about it. Genocide does apply. All of that is fair.”

However, while the U.S. is currently grappling with its past–and present–atrocities with Native Americans, China, in contrast, is not.

“In fact,” notes Link, this report is in part an “attempt of the Chinese government to coverup and disguise” the genocide of the Uyghurs.

Uyghurs are an ethnic minority, they speak a different language, and they are Muslim, Link explains as to why they are targeted by a government leery of groups that might organize and cause trouble. Daily life in Xinjiang is much different from the rest of China. Time is even different, as Xinjiang is naturally 3-4 hours later than Beijing. (All of China is in one time zone, on Beijing time.) “There’s their time, and there’s official time, so there’s a bifurcation even at that level,” says Link.

“They’re hoping to blunt criticism of what they’re doing,” says Link. “And it may work in part. It’s a good report. It’s a sorry history, and it will make a lot of Americans feel like yes, we have no business criticizing others. This is the psychological effect the report is aimed at setting off.”

Link notes it won’t work on all Americans, and that just because the U.S. government isn’t squeaky clean does not mean Americans cannot point out the injustice and atrocities committed by other governments on other peoples.

The Chinese Embassy’s article ends by calling out the U.S. government’s genocide and also its hypocrisy:

“The slaughter, forced relocation, cultural assimilation and unjust treatment the United States committed against American Indians have constituted de facto genocides. These acts fully match the definition of genocide in the UN Convention on the Prevention and Punishment of the Crime of Genocide, and have continued for hundreds of years to this day. It is imperative that the U.S. government drop its hypocrisy and double standards on human rights issues, and take seriously the severe racial problems and atrocities in its own country.”

“I sympathize with the Native Americans and the Uyghurs,” says Link. "In a sense, they have suffered similarly, and it's great this connection is made… They’re comrades in mistreatment. Beaten underdogs who’ve been unfairly beaten. It gives them communal [connection].”

To learn more about the situation of the Uyghurs, Link recommends China File and the people’s tribunal in the U.K.