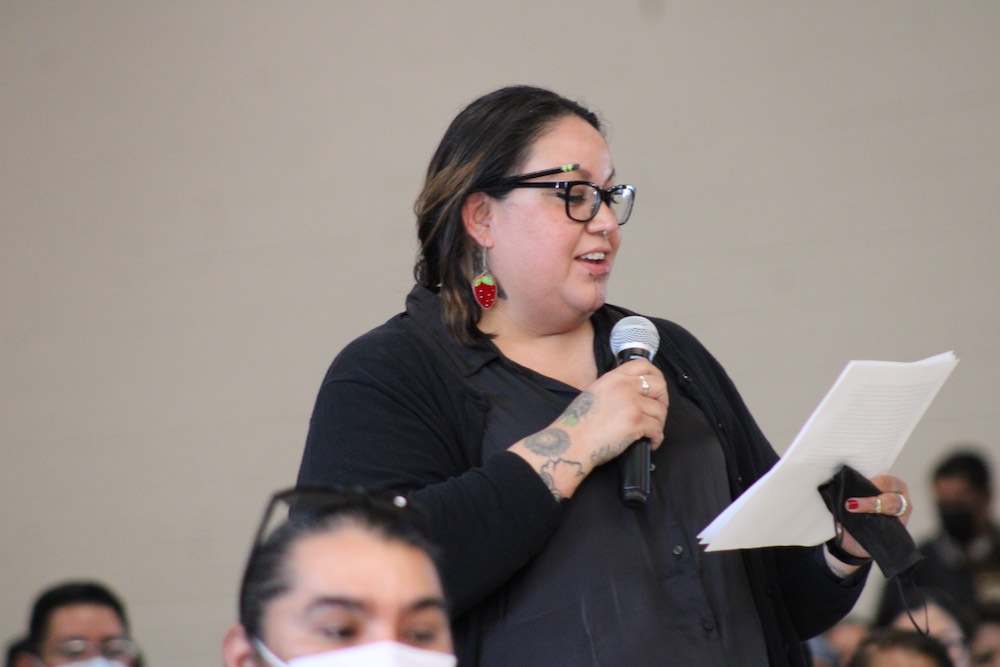 Opinion. On Friday, I attended the fourth stop of The Road to Healing Tour at the Gila River Indian Community, near Phoenix, Arizona. It was part of a yearlong tour in the second phase of the Federal Indian Boarding School Initiative launched in June 2021 by Interior Secretary Deb Haaland (Laguna Pueblo).

Friday’s session was the third one I have attended since the tour launched last July in Anadarko, Oklahoma. The other session I attended was in my home state of Michigan. My colleague, Jenna Kunze, attended the session in South Dakota.

The Road to Healing events draw hundreds of tribal citizens who attended Indian boarding schools or are descendants of those who did.

While the locations are different, the stories told at each stop are painfully similar and haunting.  Survivors and their descendants share experiences that reveal the physical, emotional, and sexual abuses perpetrated on Native children by the operators of the Indian boarding schools.

The more I listen to the stories I realize the “kill the Indian, save the man” approach to assimilate Native children was a failure on the part of the federal government. Even so, the abuses endured by these Native children contributed to one of the darkest episodes in American history.

Like many Native people, I had heard of the atrocities committed against young American Indians and Alaska Natives at the federal boarding schools for years. But largely, these stories weren’t told. In many Native families, including my own, survivors of the schools chose not to talk about what happened while they were there.

These Road to Healing events have begun to change that dynamic, as survivors speak openly about their experiences and descendants talk about the effect boarding schools have had on their families and their communities.

As I listen to their stories, they remain with me. They trouble me.

At the first event in Anadarko last July, I remember poignant testimony  from Donald Neconie (Kiowa), an 84-year-old ex-Marine, who testified: “We were sodomized. Boys and girls, we were sodomized. People knew that was going on and did nothing to stop it. They didn't do anything to the people responsible for doing these deeds to us. And we went to hell again. Because we were told that if he told anyone we would get the ‘hell’ beat out of us. It went on until 10th or 11th grade.”

From Michigan, I remember testimony by 63-year old Bart Gasco (Little Traverse Bay Bands of Odawa Indians) who recounted his experiences from decades ago at the Holy Childhood of Jesus boarding school in Harbor Springs, Mich. He attended the boarding school for two years. Two years that stuck with him for decades.

“There are two years of my childhood that were supposed to be carefree and I was  supposed to be allowed to be a kid… those young, impressionable years instead are dark, and something that  I do not wish upon even my worst enemy. To show how  these years have been blocked… these are not stories that I have even shared with my own three children, until  today,” Gasco testified.

On Friday in Arizona, April Hiosik Ignacio (Tohono O’odham) took the microphone to tell her family’s story across the five generations of relatives who attended Indian boarding schools.

I knew, as I heard her speak, that her family’s story would stay with me for a long time.

“Although I understand that this tour is specific to the federal boarding school system, I think it is important to state that the federal government was funding mission church schools and giving Christian religious groups jurisdiction over tribes in the late 1800’s until the 1960’s," April said in her testimony. "So this part of our family story is about Jose and Placita’s children who were sent to Tucson Indian School which is known to us as Escuela.”

“The abuse they suffered during their time at Escuela continues to impact our (family) in ways I am still peeling back and processing,” April continued.

She then told about how the missionaries at the school split her younger grandmother’s tongue for speaking in O’odham, causing her mouth to bleed for hours.

“My younger grandma was a good storyteller, she was funny, beautiful and liked to make people laugh,” April recalled. “As she told it, she was caught speaking in O’odham trying to comfort these children, trying to make them laugh so they could forget about being sad. The missionaries heard her and took out clothes pins to teach my younger grandma a lesson. She talked about how it made everything worse and she sat at her desk for hours with blood and saliva overflowing across her hands and dress.”

We know that language is one of the main parts of anyone’s culture. We know that speaking Native languages was forbidden in Indian boarding schools because it was part of the “killing the Indian” process.

We also learned from the 106-page Federal Indian Boarding School Initiative Investigative Report released last May provides a glimpse into the deliberate intention of the federal government to disrupt the Native American family structure through assimilation. The report says the government’s plan involved the permanent breaking of family ties.

Well, it didn’t exactly work that way in the Ingnacio family. Their ties were not broken. Even as April spoke of the heartbreaking abuse suffered by her younger grandmother, she remembers clearly her elder’s strength and empathy: “I can still see her smile when I close my eyes.”

Giving survivors and descendants like April the opportunity to make testimony is a crucial step towards healing — not just because they are speaking, but because they are being heard. All of us play a role in that.

That’s why the Road to Healing sessions are important, Deb Parker of the National Native American Boarding School Healing Coalition told me on Friday.

“The first step is listening,” she said. “Folks are feeling like they finally have someone to tell their story to with Secretary Holland and her staff. So, this is really groundbreaking.”

May the Creator provide us the wisdom to listen, and all of these families the strength and comfort to heal.

Learning a New Language Can Help Preserve Indigenous Cultures
Building Needed Infrastructure & Housing Across the Cherokee Nation Reservation
What Reflection and Recommitting to Dr. King’s Values Mean in Our World Today
The Relevance of MLK in Indian Country Today