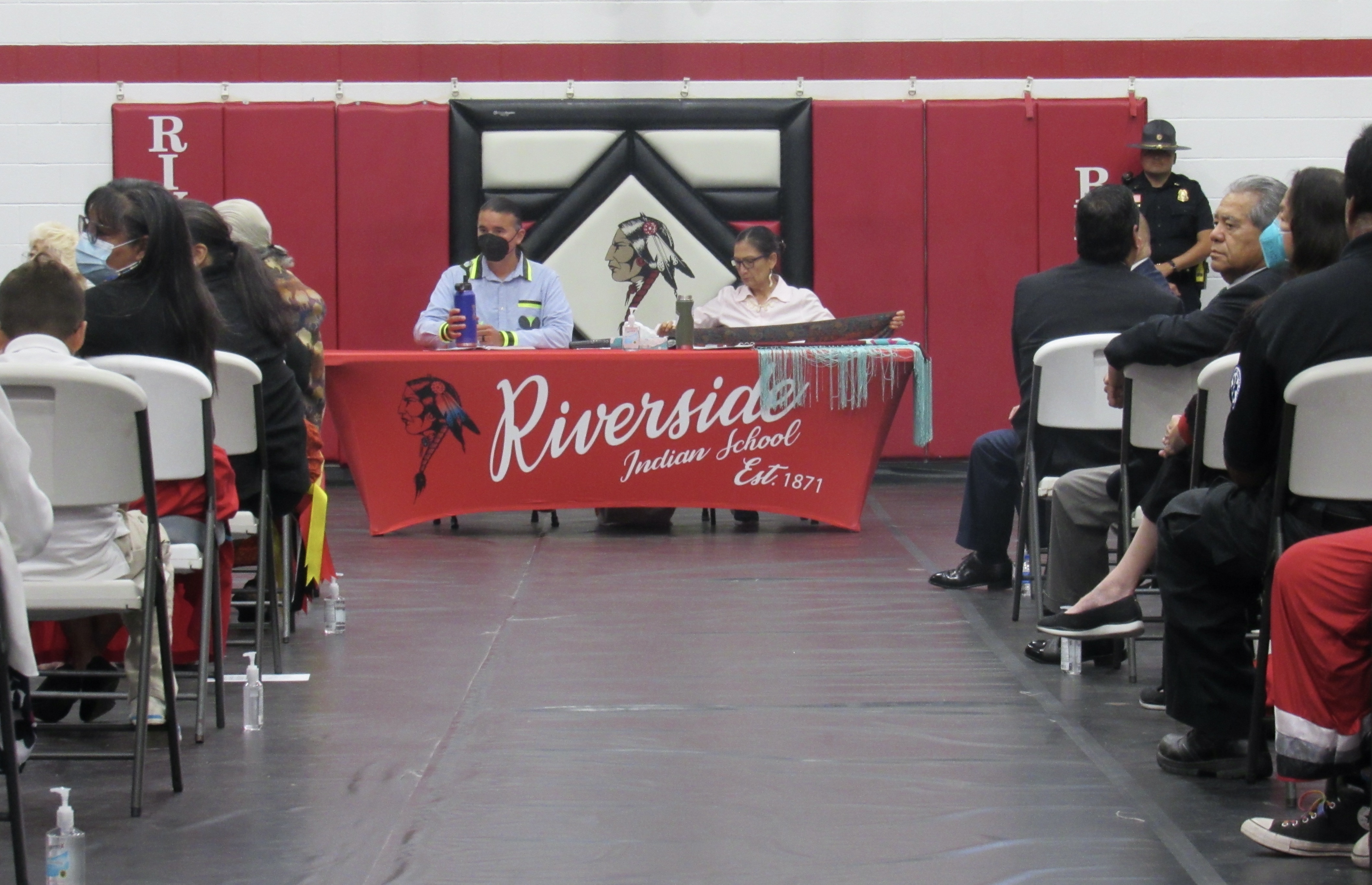 Haaland said she wants to use her position as Secretary of the Interior for the good to address the intergenerational impacts caused by the Indian boarding schools.

“To do that, we need to tell our stories. Today is part of that journey. Oklahoma is our first stop on the road to healing, which will be a year-long tour across the country to provide indigenous survivors of the federal Indian boarding school system and their descendants[ ….],” Haaland said.

“Please know that we still have so much to gain the healing that can help our communities [and it] will not be done overnight, but it will be done. This is one step among many that we will take to strengthen and rebuild the bonds within native communities that federal Indian boarding schools set out to break. Those steps have the potential to alter the course of our future,” Haaland continued.

Newland underscored the importance of the session as a means to garner information about experiences of the survivors of Indian boarding schools.

“This listening session is focused on people who survived their experience at federal Indian boarding schools and their families. And we want to make sure that we're hearing directly from them about their experiences,” Newland said.

Newland also laid out next steps in the healing work underway by the Interior Department.

“In addition to hearing from you, our next steps include identifying marked and unmarked burial sites and cemeteries, and determining the total amount of funding the federal government spent on the boarding school system,” Newland said.

Riverside Indian School remains open today and is operated by the Bureau of Indian Education (BIE). The school has a student body of about 800 Native American students, some of whom are homeless or are in the foster care system. Surrounding the school are several tribes, such as the Wichita, Delaware. Kiowa, Comanche, and Apache tribes. Many of those students opt to be bussed to the school.

“Today, Riverside Indian School is known for providing a quality and culturally aware education to young people from across Indian country,” Newland said.

After remarks by Haaland and Newland the press was allowed to hear public testimony from several survivors of Indian boarding. Most making testimony on Saturday attended Riverside Indian Boarding School. Some did not, including a Standing Rock citizen who called into the session.

Several of the those shed tears as they recalled the phyical, emotional, and sexual abuse they endured while students at Riverside. One woman spoke about how she has only been able to speak about the gross abuse in recent years because she suppressed the horrors of her experiences at the school.

One woman spoke about how Indian children were made to feel inferior. They were told they would not amount to anything.

Some of the most poignant testimony came from Donald Neconie (Kiowa), who is an 84-year-old ex-Marine. He said Riverside may be a better school today, but he knew it to be a hellhole when he attended it.

“We were sodomized. Boys and girls, we were sodomized. People knew that was going on and did nothing to stop it. They didn't do anything to the people responsible for doing these deeds to us. And we went to hell again. Because we were told that if he told anyone we would get the “hell” beat out of us. It went on until 10th or 11th grade. Then it stopped for some reason,” Neconie testified.

Even though he is married with grown children and grandchildren, Neconie says he still feels the pain from what happened to him at the school. He says no one has ever apologized for the painful experiences he endured.