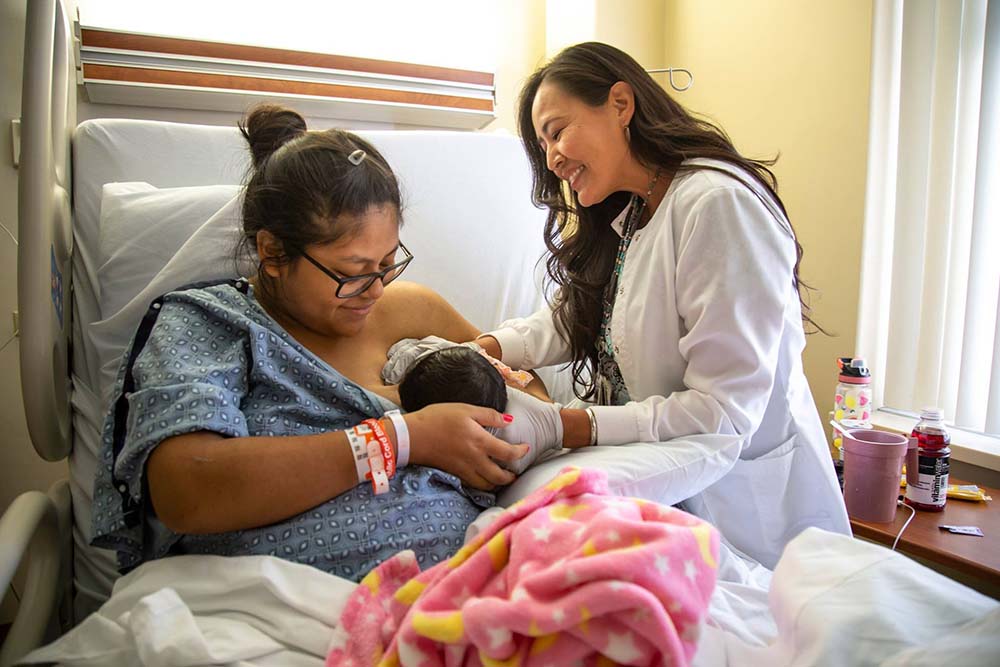 PHOENIX, Ariz. — Breastfeeding is a biological right, with innumerable benefits for babies including reduced rates of heart conditions, diabetes, food sensitivity and obesity — but Native mothers don’t have the same access to lactation consultancy as their white counterparts.

That’s due, in part, to a lack of diversity among lactation care providers. A 2019 survey conducted by the United States Lactation Consultant Association found that about 80 percent of certified lactation consultants are white, compared to the roughly 11 percent who are American Indian or Alaska Native.

“I've had families tell me they specifically requested Native American-based services or somebody that can kind of relate in medicine,” Breastfeeding Counselor Daili Lister (Navajo and Hopi) told Native News Online. Lister began doing home visits for a local nonprofit serving predominantly Navajo women about five years ago, but is now in the process of becoming an International Board‐Certified Lactation Consultant (IBCLC), the highest credential in the field of lactation.

“For me, I don't question it because I understand,” Lister said. “I would feel more comfortable… opening up to somebody who could possibly relate to me versus somebody who comes in and doesn't know anything about my culture, my practices, my tradition, or maybe just even the fact that I don't know any of this stuff. No matter if I'm an educated person and I have all this background, I wouldn't want somebody to expect, like, ‘Oh, yeah, you know, this.’”

Because many women don’t. Sixty percent of all new mothers stop breastfeeding early due to issues with lactation, according to the Centers for Disease Control and Prevention (CDC). 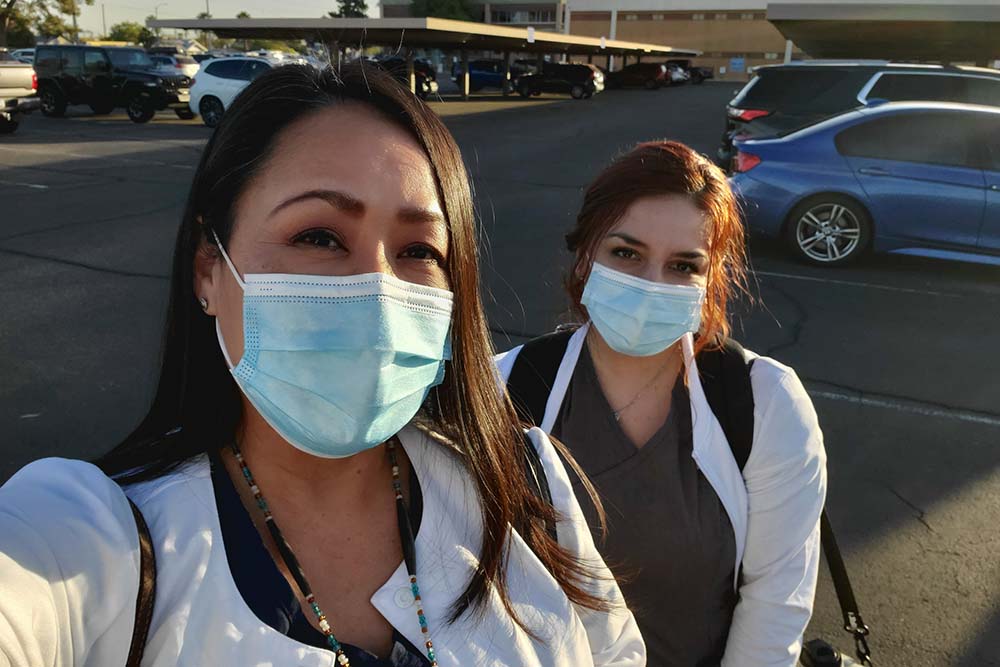 But with a new lactation mentorship program at Valleywise Health Medical Center in Phoenix, Lister is among a small cohort of students who wish to change that by bringing their clinical lactation skills into their underserved communities. At the helm of the program is mentorship founder and decade-long lactation consultant, Kim Moore‐Salas (Navajo), who Lister refers to simply as: “Goals.”

Moore‐Salas kicked off the mentorship program in December 2020 with five mentees from minority backgrounds to even the playing field. The goal of the program is to provide sound, safe, directly‐supervised teaching of skilled clinical lactation care to minority students with careers in birth work, with an emphasis on cultural training.

There are three different avenues a person can pursue to become an International Board Certified Lactation Consultant, including a mentorship pathway where students shadow a certified mentor. Moore-Salas, in partnership with Valleywise Health, is removing the often high cost associated with mentorships by offering the clinical hours at no cost to mentees.

The 590 required clinical and lactation education hours will take the student, many of whom are simultaneously working full-time jobs and mothering their own children, about two years to complete, but save them thousands of dollars in clinical hours from a private practice mentor.

Moore-Salas, who grew up on the Navajo Nation, hopes that by granting access to minority women in birth work, she can better connect mothers to their culture, traditions and — ultimately — to their babies.

“If we can act as a kinship part of that role in the breastfeeding setting, or the health care setting, we can share that knowledge and reconnect to that teaching,” she said. “Even though we may be coming from our homelands to city or urban settings to be a parent, I think it's important to still have that community still put in their… teachings, or provide that support for (mothers).”

When Moore-Salas received her certification a decade ago, she said the teaching materials she studied were not inclusive, depicting only white families and westernized culture. “Now... there's people that are really reclaiming that knowledge and calling Native people to the table to rewrite some of this material, which I think is really important because it's ... Indigenous organizations now saying ‘Okay, we're going to rewrite this. And we're going to put it in our own words. And we're going to tell stories. And we're going to have pictures of (our) women breastfeeding.”

“Traditional breastfeeding practices were a shared responsibility based upon kinship and extended family,” she said. “Native women who share these experiences and culture are best poised to assist Native women regain the culture of breastfeeding.”

Part of the movement, and in partnership with Moore-Salas, includes cofounder of the Navajo Nation Breastfeeding Coalition, Amanda Singer (Navajo). The two have collaborated for many years to provide lactation access to Native women. The Navajo Nation Breastfeeding Coalition sends Moore-Salas to consult low-income families on lactation with the help of grant money.

“One of our missions is to normalize breastfeeding again,” Singer said. “It has been lost due to colonization.” Younger mothers also have an increased reliance on formula when there’s a demand for them to go back to work, making it more challenging to breastfeed throughout the day, Singer added.

In addition to the health benefits that come with breastfeeding a baby, Singer and Moore-Salas also point to its significant cultural benefits.

“We know that when mom breastfeeds her baby, a lot of her knowledge and also her cultural knowledge... the baby is also taking that into her mouth,” Singer said. “The traditional foods that she may be eating are being introduced to the babies inside the womb, but also that baby will continue to take some of that food in her breast milk. So by the time (a baby is) able to eat, they’ll be really familiar with those foods and not so picky.”

Lister, Moore-Salas and Singer ultimately all share the same hope to get more Native women breastfeeding and to train more Indigenous women to serve as lactation consultants.

“There are families that are continuing to carry on this tradition,” Singer said. “They really do value breastfeeding, but it just breaks my heart that there’s always some kind of barriers that they’re running into.”

For Moore-Salas, the more resources Native communities have the more prepared they will be to take care of their families and reclaim crucial traditional knowledge.

“The more we know early on... the more prepared we are to breastfeed and have our own body remember what it's like to do it, because our ancestors did it,” she said. “Having this knowledge that's already in our tradition, or culture, to breastfeed, we should have more access to it.”