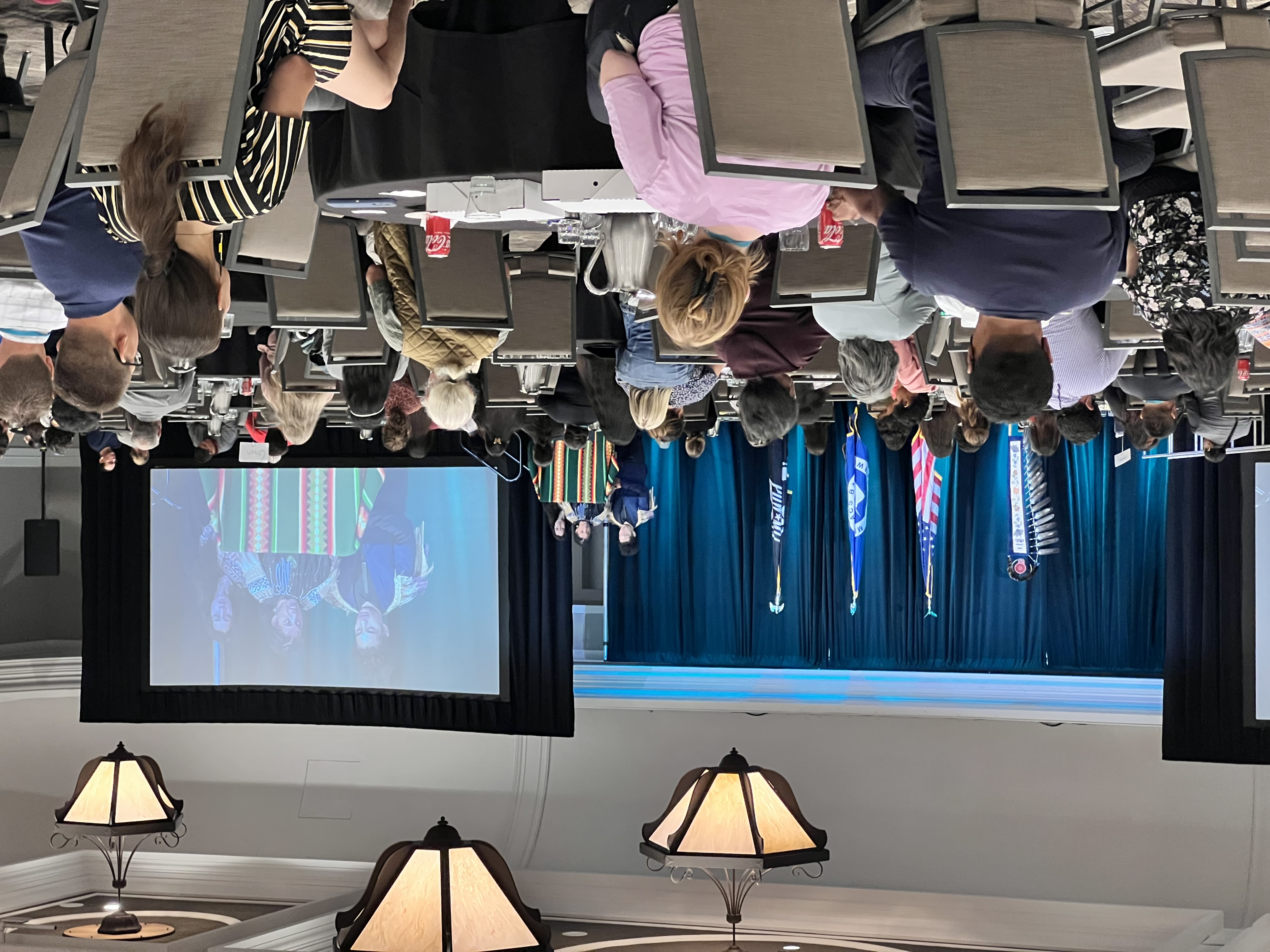 SAINT PAUL, Minn.—After decades of denial, the majority of people on the planet are finally acknowledging that climate change is real and solutions are needed.

This week in St. Paul, hundreds of environmental experts seemed to come to an additional conclusion: Indigenous people and communities have innovative solutions when it comes to addressing climate change — and it is vital they’re given a seat at the table when discussing the future of Mother Earth.

Those points were made during conversations and panel discussions at the National Tribal and Indigenous Climate Change (NTICC) conference, which concluded after four days of discussion among environmental organizations, higher education institutions, federal agencies, and Tribes focused on addressing climate change in Indigenous communities.

From business, government, solution providers and startups, panels centered on working together to address the climate crisis across various strategic areas including clean energy, carbon removal, Indigenous food sovereignty, net-zero buildings and empowering the next generation.

Both presenters and participants agreed that while climate change is currently challenging the globe, Indigenous people and communities have innovative solutions, and it is vital they be included at the discussion table.

“One of the largest barriers I see in the climate change space is that there are not enough Native people leading in conservation and environmental spaces,” said Eddie Sherman, Diné and Umóⁿ’hoⁿ, principal of Seattle-based Against the Current Consulting. “I have sat in many spaces and discussions where I am the only Native person or person of color, for that matter.”

While participants were able to learn what some tribal communities are doing to address climate change on a local level, such as protecting large growth trees, installing solar panels and investing in renewable energy, they also learned of the many barriers tribes face. Policies to address climate change often done include Indigenous representation. And, while tribes may have the knowledge, limited internal capacity, complex jurisdictions and low investment in tribal communities result in multilayered barriers to developing and financing renewable energy and storing resources.

“We happen to know that Indigenous people hold the wisdom of unlocking some of the truths of the greatest potential of saving Mother Earth than any people in the world,” said NDN Collective CEO and President Nick Tilsen, Oglala Lakota, at Thursday’s closing plenary session. "We already know that to be true, and we already know that we are the most underinvested people in the world when it comes to addressing these things.”

Indigenous peoples steward over 80% of the planet’s remaining biodiversity. Tribal lands in the United States represent nearly five percent of the country's total landmass, with 10% of all energy resources, according to the Bureau of Indian Affairs. Five percent of solar photovoltaic (PV) potential is on Tribal lands,  according to the National Renewable Energy Laboratory (NREL). NREL has also estimated that there is the potential for about 535 billion kWh/year of wind energy on Indian lands in the contiguous 48 states, which is equivalent to 14 percent of current U.S. total annual energy generation.

“Native people hold the deepest knowledge and expertise about our environment and they should be centered in every discussion on climate change, conservation, and environmental protection," Sherman said. “I was so excited to attend the NTICC event was incredibly inspiring to see so many amazing Native leaders working on the frontlines of climate change but leading with their culture, values, and indigenous ways of knowing.”

One of the biggest challenges is that tribal governments lack the access to capital to make renewable energy a reality for tribes. The NREL estimated that $75 billion in project investment will be necessary to Indian Country. Any investment will create thousands upon thousands of jobs through development, construction, and operations and maintenance.

The BIA has the legal authority to approve or deny development on Indian reservations and lands, and often sits on decisions for long periods of time, costing Tribes millions of dollars in lost revenue due to delays in decision-making and mismanagement.

“Science alone isn't going to solve today’s effects of climate change,” said David Mildrexler, a Systems Ecologist and presenter at the NTICC. “We will need a paradigm shift and cross-collaboration is essential.”

The conference was organized by the Institute of Tribal Environmental Professional (ITEP) at Northern Arizona University. The organization provides technical assistance and training for Tribes, various federal, state and local governments, and the private sector to support environmental protection of Native American natural resources. ITEP celebrates its 30-year anniversary on September 14, 2022. To learn more about the work of ITEP, visit their website at https://www7.nau.edu/itep/main/Home/.